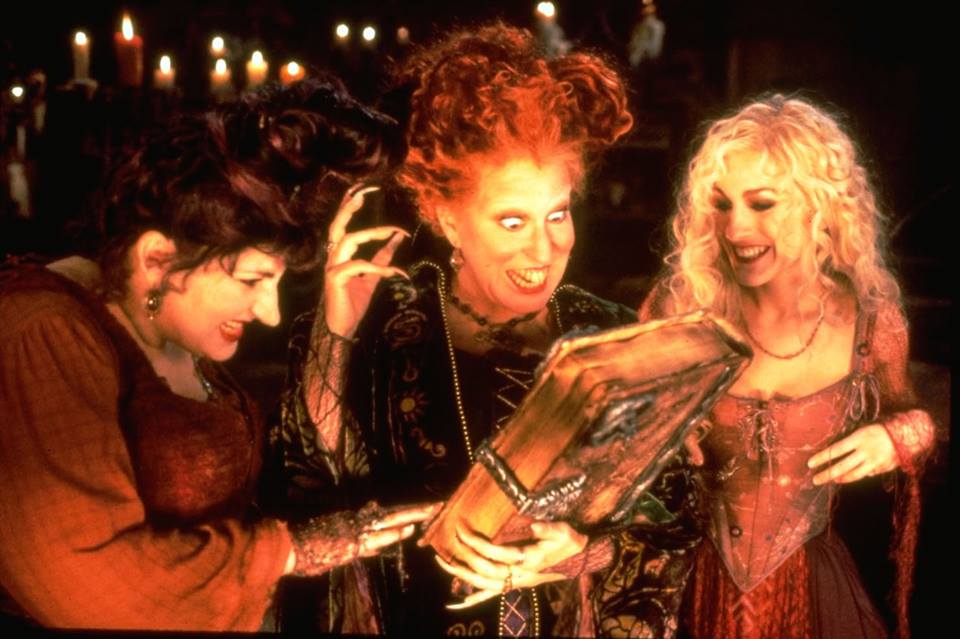 Considering the epic response to this year’s Beauty and the Beast remake it’s really only a matter of time before Disney re-imagineers every single one of your childhood favorite movies, so it should come as no major surprise that the Sanderson sisters are getting a reboot. That’s right, Disney is waving its magic wand and remaking Hocus Pocus.

According to Deadline, the Disney Channel has a TV movie remake of Hocus Pocus in the works. The original 1993 film starred Bette Midler, Kathy Najimy, and a pre-Sex In The City, Sarah Jessica Parker. The movie has been the centerpiece of Freeform channel’s 13 Nights of Halloween event for years and has grown to cult classic status.

The project is still in the early stages of development with a writer, The Royals’ Scarlett Lacey, in the process of penning the script. There’s no word yet on who will star as the trio of witches, though you can be sure it won’t include at least one of the original cast members. As PopSugar reports, Bette Midler revealed in a 2015 Facebook chat that her answer to a call for a sequel was,  “After all these years and all the fan demand, I do believe I can stand and firmly say an unequivocal no.”

Are you excited about the remake or does the thought of it make you want to run “amok”? Share your thoughts in the comments.