It’s been several years since Disney World announced plans for Star Wars: Galactic Starcruiser, and last week they upped the excitement in a big way: by sharing a trailer of the two-night intergalactic “cruise!”

The 30-second clip shows just how immersive the experience will be, and that a two-night stay is not a typical vacation at a hotel. This one-of-a-kind adventure is a must for Star Wars fans!

If you’re not familiar with the concept of Star Wars: Galactic Starcruiser, guests will arrive and board at an appointed date and time. Then they’ll proceed to spend the next two days in a fully-immersive Star Wars universe experience where they can take on character roles in their own story.

Guests will enter a Launch Pod with windows where they’ll watch space zoom past them as they make the jump to hyperspace and arrive at the Halcyon. Once they board the starcruiser every window they encounter, including the ones in cabins, will display a view of deep space outside, with changing spacescapes as the Halcyon moves through the galaxy. 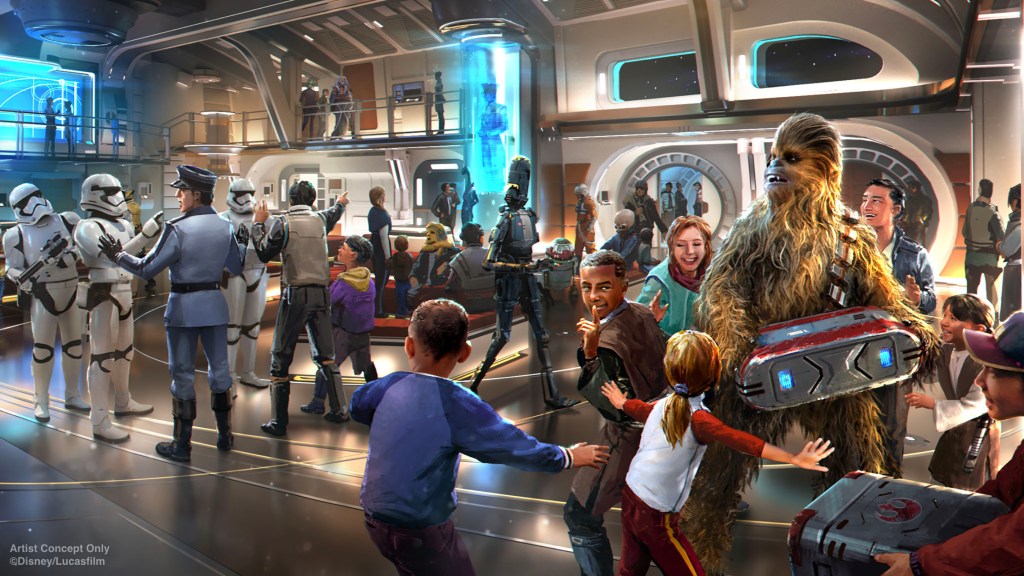 The two-day stay aboard the ship will involve a multi-day role playing story in which guests will be able to engage in experiences like wielding a lightsaber while facing off against a training remote, operating the ships defense systems on the bridge and exploring the hidden spaces deep in the mechanics of the ship. Guests will also make a planet-side excursion to the Black Spire Outpost on Batuu during a visit to Star Wars: Galaxy’s Edge at Disney’s Hollywood Studios. 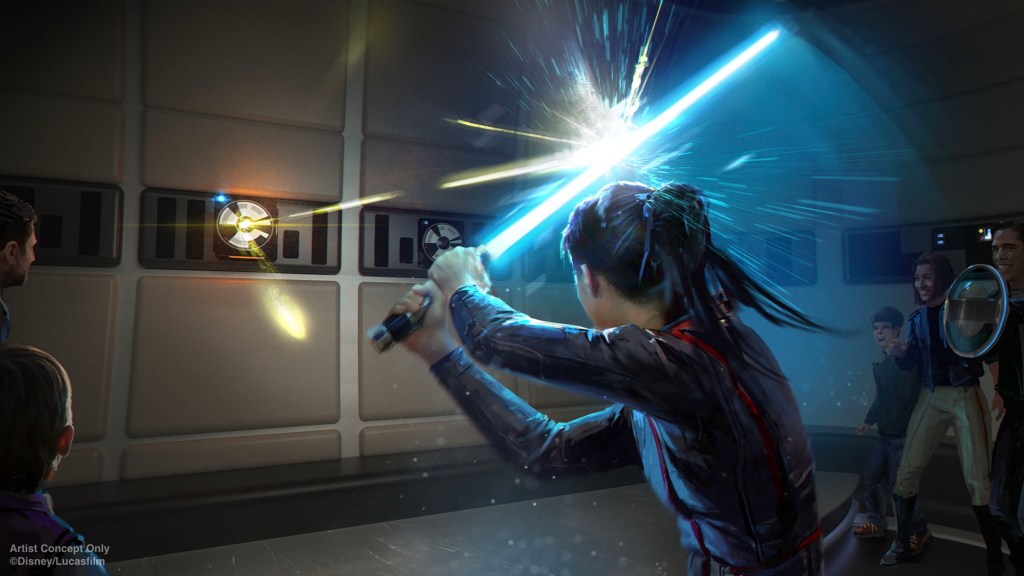 Disney has announced that departures to the starcruiser will launch in the Spring of 2022, but you’re probably here for the real deets: the price. First, it’s important to note that Star Wars: Galactic Starcruiser is not just a hotel, it’s a fully immersive experience with tons of perks.

Prices include lodging in a cabin or suite, all food and most non-alcoholic beverages, valet parking, entry into Disney’s Hollywood Studios plus one quick-service meal within the park. That being said, prices will start at $4,809 for two guests per cabin, $5,299 for two adults and one child and $5,999 for three adults and one child.

Who’s ready to head to a galaxy far, far away?

Magna-Tiles You Can Draw On? Add to Cart!

Red Tricycle > Things to Do > Attractions > Disney World Unveils Trailer for Star Wars Hotel (& Finally, the Price to Stay There!)