Disney Has a Secret Food Challenge You Didn’t Know Existed 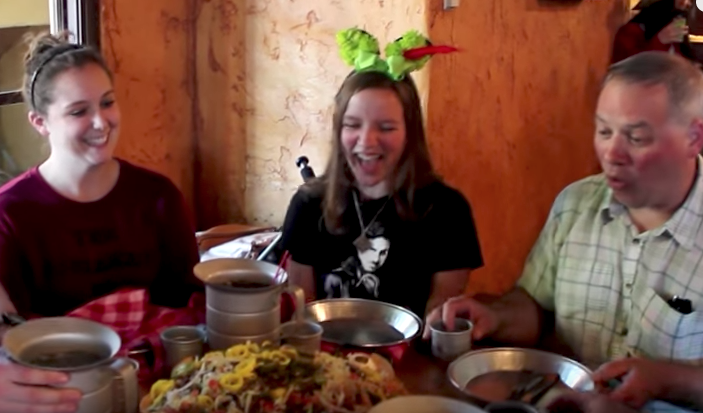 Disney World guests who like being the center of attention — and who can down a platter of nachos so big it’ll make Space Mountain absolutely out of the question (for at least a few hours) — are going to love the park’s newest “secret” menu item. According to The Disney Food Blog, the Magic Kingdom is secretly serving a massive nacho plate called the “Nachos Rio Grande Challenge” at its Frontierland saloon, Pecos Bill Tall Tale Inn and Cafe.

According to the blog, all you have to do is saunter through the saloon’s Old West doors and tell anyone on staff that you’d like to order the “Secret Nachos.” This will trigger a chain reaction of excitement that’ll rattle through the place and have every worker in the saloon suddenly at your service.

Because, apparently, this $85 (plus tax) nacho plate is so massive that it requires a “mini covered wagon” just to wheel it to the table. The plate serves eight people — which, hey, means it’s really only $11.25 a person… if you’re the Brady Bunch.

It’s not just the nachos you’re paying for. When you order the secret feast, you’re also ordering a spectacle. Here’s the festive processional that’ll parade toward your table when you’re ready to receive your colossal appetizer. 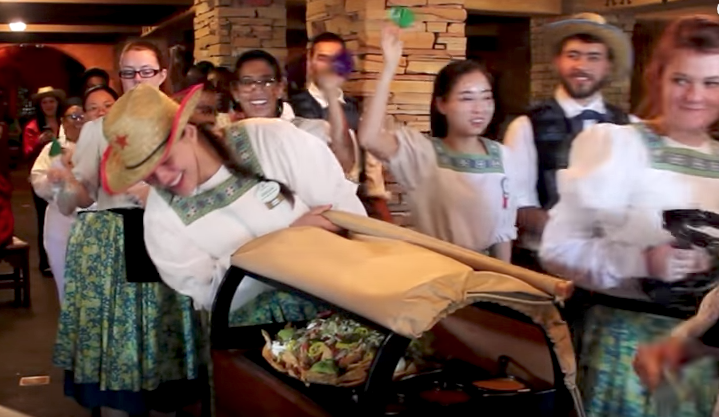 But that’s not all. Nachos Rio Grande participants will also get an “official certificate” naming them honorary deputies as well as sheriff’s badges and cowboy hats. And, probably, very full tummies.

Are you in? The DFB story specifies that to order the Secret Nachos you have to arrive between 3 p.m. and 6 p.m. at the restaurant, which is inside of Disney World’s Frontierland.

Want to know about more secret menu items at Disney parks? Read our story: There’s a Secret Menu at Disney and Here’s What’s on It.

Have you ever ordered any of Disney’s “secret” menu items? Tell us about your experience in the comments below.