There is no shortage of fantastic changes coming to the Disney resorts for this summer’s Pixar Fest and the newest announcement is that Redd Rocket’s Pizza Port will be transformed into Pizza Planet from Toy Story at Disneyland. For those guests who weren’t already calling the restaurant Pizza Planet (c’mon, the names are SO similar), the actual name will have a bit of a twist.

According to the Disney Parks blog, the official name will be “Alien Pizza Planet- A Better Place,” which was most likely influenced by the tons of green monsters who worship the Claw and believe they are going to a better place when they are selected in the original Toy Story. Let’s all say it together, “the Claaaaaaw.”

Disney has not released specifics on the updated overlay or decor, and just a few small details as to a revamped menu. You can expect to find at least one Alien specialty pizza topped with mushrooms and green peppers, in addition to a cheeseburger pizza that will include slider patties as a topping.

Diners of Redd Rockets Pizza Port will almost unanimously agree that any updates to the menu will be welcome! The current dining spot has been in its location for years and isn’t known for boasting a tasty menu or comfy experience. 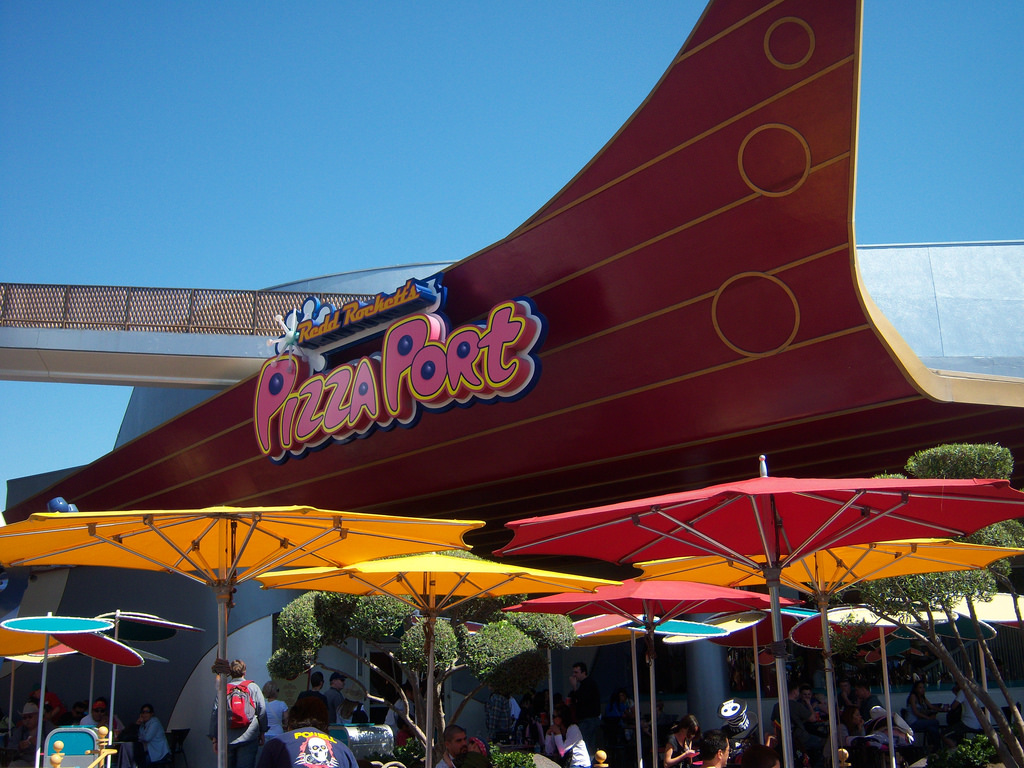 Currently, the changes to the Pizza Port are slated to be temporary, aligning with Pixar Fest which will run April 14- September 3. We can only hope it sticks around longer!

What do you think of the changes to Pizza Port? Are you excited to try the new menu at Pizza Planet? Let us know in the comments below!