Forget sugarplum fairies and dancing marzipan candies: Disney has just released the third and final The Nutcracker and the Four Realms trailer and it reveals the full scope of the very different—and much darker—world than the one most of us know from Tchaikovsky’s classic ballet.

It’s not often Disney releases a new movie that isn’t a remake or based on theme park ride, which is why it will be very interesting to see how the story of The Nutcracker and the Four Realms unfolds. If this latest trailer is any indication, it looks to be quite the ride, with spectacularly dizzying visuals. 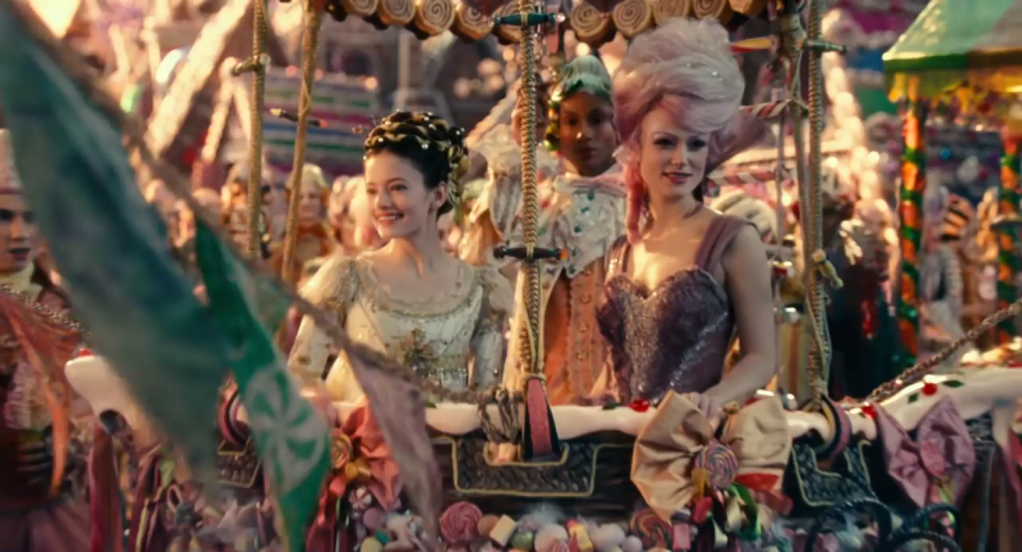 While the initial trailers have hinted at the dark side of this classic holiday story, this is the first time audiences get a full-blown look at actress Helen Mirren as Mama Ginger and the war brewing within the Four Realms. “Don’t you know it’s dangerous here?” Mirren’s villain menacingly challenges Mackenzie Foy as Clara.

It’s not all fancy dresses and Christmas parties as the trailer cuts to Foy decked out in uniform and battling toy soldiers, giving us a hint at how much action this new adventure will feature. This new Clara isn’t passively sitting by and watching the magical world unfold in front of her: she’s taking a very active part in the story as a sword-wielding heroine, too.

The movie looks to be inspired not only by E.T.A. Hoffmann’s tale with Tchaikovsky’s original score,  but also other classics, such as Alice In Wonderland, The Wizard of Oz and The Chronicles of Narnia. With director Lasse Halleström at the helm audiences, can—and should—expect just about anything.

Even so, this final trailer makes it clear this will be a dark, action-packed take. Currently the film is not yet rated, but this latest trailer gives parents the heads-up that this film will definitely not be for the youngest viewers. Watch for yourself:

The Nutcracker and the Four Realms will premiere in theaters Nov. 2, just in time for the holiday season.

What’s the Most Popular Disney Movie in the US? It Moves Us All