Your phone is the only camera they’ve ever known and the closest they’ve seen to print is Instagram, but that doesn’t mean you can’t have some fun and learn about the art of image projection with a DIY pinhole camera. This simple no-film required project teaches kids about the basics of camera projection and takes just a few minutes to create. Read on for the step-by-step. 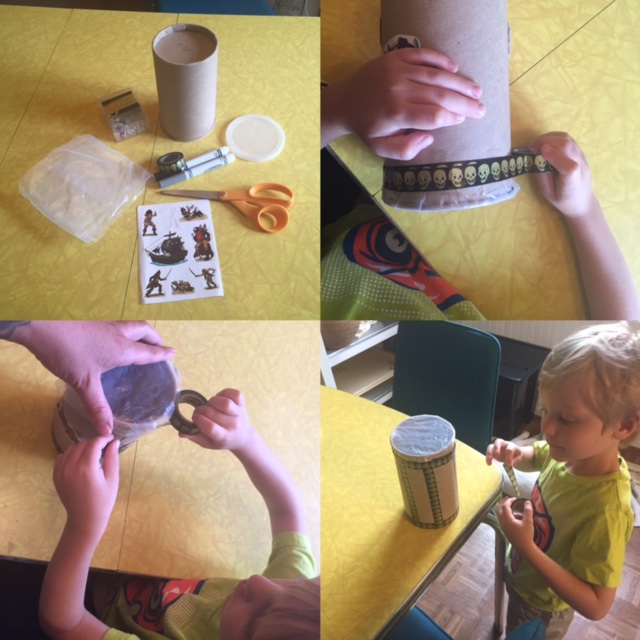 You will need:
A cardboard tube (like an oatmeal container or Pringles can) or even a cardboard cereal box (it doesn’t have to be round but round works best).

Scissors, tape, one pushpin or needle, tape or a rubber band (to hold the wax paper in place)

Step One:
Take off the lid. You can of course skip the decoration part, but why would you? Strip the label off your container or cover it with paper, paint it, sticker it up. Let the kiddos take the reigns and customize to their heart’s content.

Step Two: Cut out a circle of waxed paper big enough to cover the open end (be sure and leave enough space for it to fold over the edge). Tape it or rubber band it in place.

Step Three: Poke a hole with push pin in the opposite end (not the end that has the waxed paper). 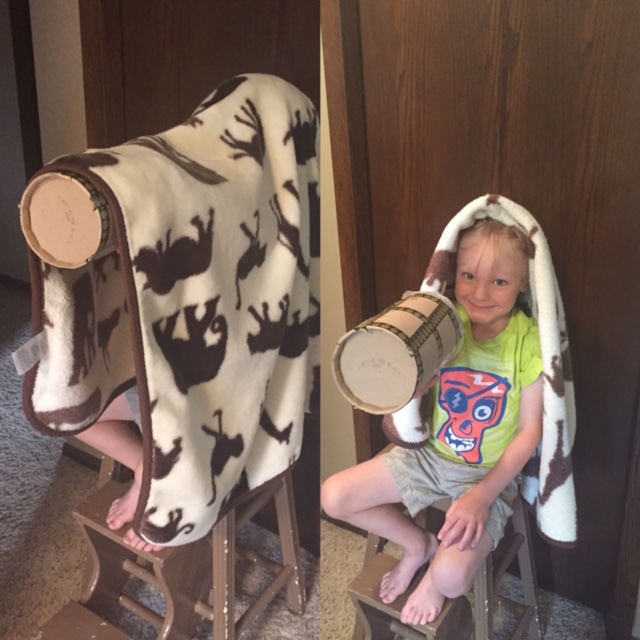 Step Four: Dim the lights or go into a room that is relatively dark, with a bright light source, or take your camera outside. Put the blanket over your head and hold the camera at arm’s length, wax paper side toward you. (Everything but the very end of the camera should be under the blanket.) Point the pinhole end toward something bright, like a tree with the sun behind it. You should see the light or object projected onto the surface of the wax paper. It may be tricky to tell at first, but the image you see should be upside-down. If you can’t see, get to a darker room and grab a flashlight to shine against a bright wall on the other side of the room.

Why It Works:
The pinhole in the camera acts as the lens, making all outside light focus on one small point. If you had film, the image would be projected onto that and you would be able to develop it into a picture that would not look inverted.
Want to go the next step? Check out this awesome tutorial for making a functioning 35mm pinhole camera out of jello box!

How was your science experiment? Did it work?