DJ Khaled Explains How His Baby Produced His New Album 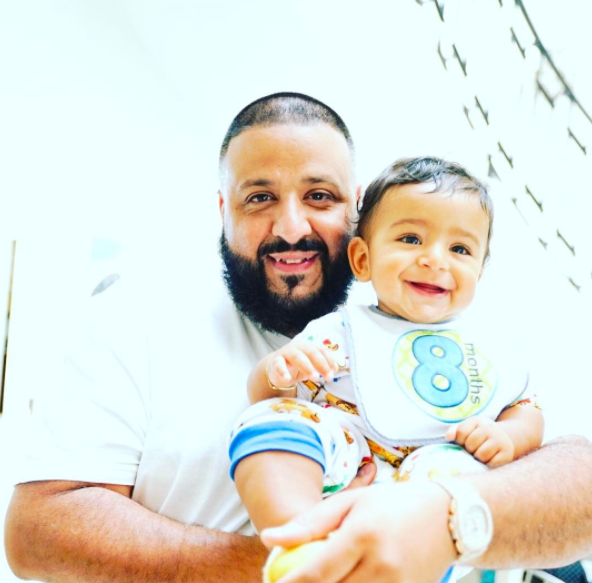 Most babies are just learning to smile and roll over at four-months-old, but when you’re the baby of a chart-topping record producer, you spend your days producing albums. At least that’s what DJ Khaled’s young son, Asahd is doing between naps.

Khaled recently sat down with Entertainment Weekly to talk about his new album, Grateful. Asahd, who was just four-months-old when the record was being made, is officially listed as an Executive Producer on the album and Khaled explained that his son let’s him know which songs get the thumbs up by bobbing his head. Khaled knows it’s a “super smash” when Asahd opens his mouth wide and smiles.

“To be honest with you, he likes so many tracks, that I ended up putting 23 on the album,” Khaled told Entertainment Weekly. His adorable, and, clearly talented, baby boy, who he calls “my biggest blessing ever,” also appears on the album cover art. Fatherhood, he says, has changed his whole life and let him know what real joy is. It really is amazing how much kids can influence your life, even work.

How do your kids inspire you? Tell us in the comments below.