Oh the power of #RenewDocMcStuffins. After threats of cancellation, Disney executives decided to renew Doc McStuffins for a fourth season.

“We’ll be delivering more Doc McStuffins episodes, beloved characters and great stories, for a long time to come,” the network announced in a statement. “We’re in the midst of production on season four which introduces a new setting, ‘McStuffins Toy Hospital,’ new music and new characters in addition to Doc, Stuffy, Lambie, Hallie and other established, popular characters.” 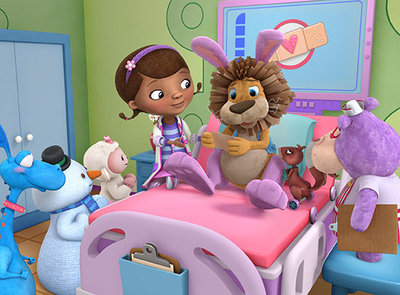 So when can we expect the new season to begin? It is scheduled to debut on July 29th. Just as exciting are the major stars lending their voices to the series this upcoming season. Glee‘s Amber Riley is set to perform the show’s new theme song in an episode debuting Friday, August 5. Other guest stars throughout the fourth season include Black-ish’s Anthony Anderson, Good Morning America’s Robin Roberts, actor and rapper Ludacris, Empire’s Gabourey Sidibe, and actress Vanessa Williams.

Are you or your little one excited for this fourth season? Tell us in the comments below!