Does Nutella Really Cause Cancer? Here’s What You Need To Know 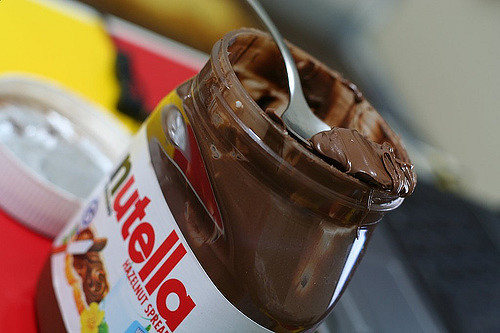 A few scandalous headlines has parents everywhere tossing their Nutella in the trash. The delicious hazelnut spread has been at the center of controversy this week, with headlines reading “Study Warns Nutella Causes Cancer” and “Stores Remove Nutella From Shelves After Reports It Contains Carcinogens.” So are these articles true? Is Ferrero, the Italian company that makes Nutella, selling a product that can kill people?

The answer: No. The highly cited study was released by the European Food Safety Authority (EFSA) last May, and states that palm oil, which is used in many processed foods, can form a “potentially carcinogenic contaminant” when heated to over 200 degrees Celsius (392 degrees Fahrenheit). This contaminant can present a “potential health concern.”

They also mention this experiment was performed on rats, and there is “no scientific evidence” of a link between exposure to the contaminant and cancer in humans.

Ferrero tells Reuters that it refines palm oil at just under 200 degrees Celsius, using a low-pressure process that minimizes the carcinogenic contaminant levels.

While the press may have created an unnecessary health scare, there’s still controversy surrounding the use of palm oil in food. Palm oil plantations have been linked to deforestation, air pollution, and illegal labor practices. Although Ferrero says it sources palm oil from sustainable plantations, it has still come under criticism from environmentalists.

Do you eat Nutella? Let us know in the comments below!

Red Tricycle > Uncategorized > Does Nutella Really Cause Cancer? Here’s What You Need To Know