Drew Barrymore’s Mommy & Me Salon Idea Is the Cutest 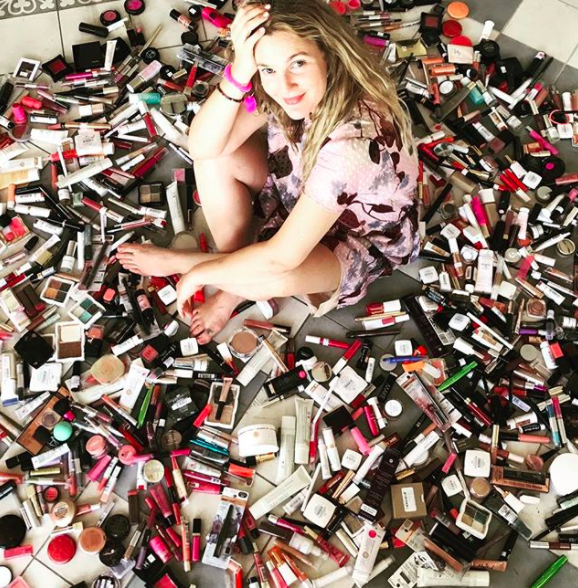 If you’ve ever tried to get your hair and nails done with a mini-me trailing by your side, you know all about the “me too!” pleas of adoring little girls. Leave it to actress Drew Barrymore to come up with a genius way to make her 4-year-old daughter Olive feel like one of the gals at a recent salon outing.

To prep for her second season starring in (and producing) Netflix’s horror-comedy zombie show Santa Clarita Diet, Drew had her hair colored by celebrity stylist Tracy Cunningham. With little Olive in tow, she decided to let her mini get her hair done too, so Cunningham foiled the little girl’s tresses — only she used conditioner instead of color.

“Olive is hanging!” the 42-year-old actress wrote in an Instagram post. “And Tracy puts conditioner in foils on her for solidarity.”

The mom-of-two later posted her thanks to the hair and makeup team, saying: “Thank you to all the experts who helped me get here. It’s no wonder I don’t want to deal with all that being a lady entails sometimes. I’m a mom. I work like crazy. And the first thing to go is usually yourself.”

#becomingSheila back in the saddle again. Thank you to all the experts who helped me get here. It's no wonder I don't want to deal with all that being a lady entails sometimes. I'm a mom. I work like crazy. And the first thing to go is usually yourself. I love this job because it forces me to put back into myself, even if it's really for someone else like Sheila. I feel so grateful to have a job I love. I know how lucky I am and I never take it for granted. Period. Becoming her took weeks and weeks. It gets harder the older you get. But working hard is always worth it. Ok. Time to be cool. Because I'm usually not. But she is. So I will be. You know… fake it til you make it. But don't ever stop short!!!!!!! #santaclaritadiet

Are you a Drew Barrymore fan? Tell us in the comments below.