Dunkaroos Are Making a Comeback & ’90s Kids Are Thrilled!

Grab your Lisa Frank lunch box and thermos. General Mills is kicking it back to the ‘90s with the relaunch of your favorite sweet snack. Dunkaroos, your favorite lunch table staple, is coming back this summer. 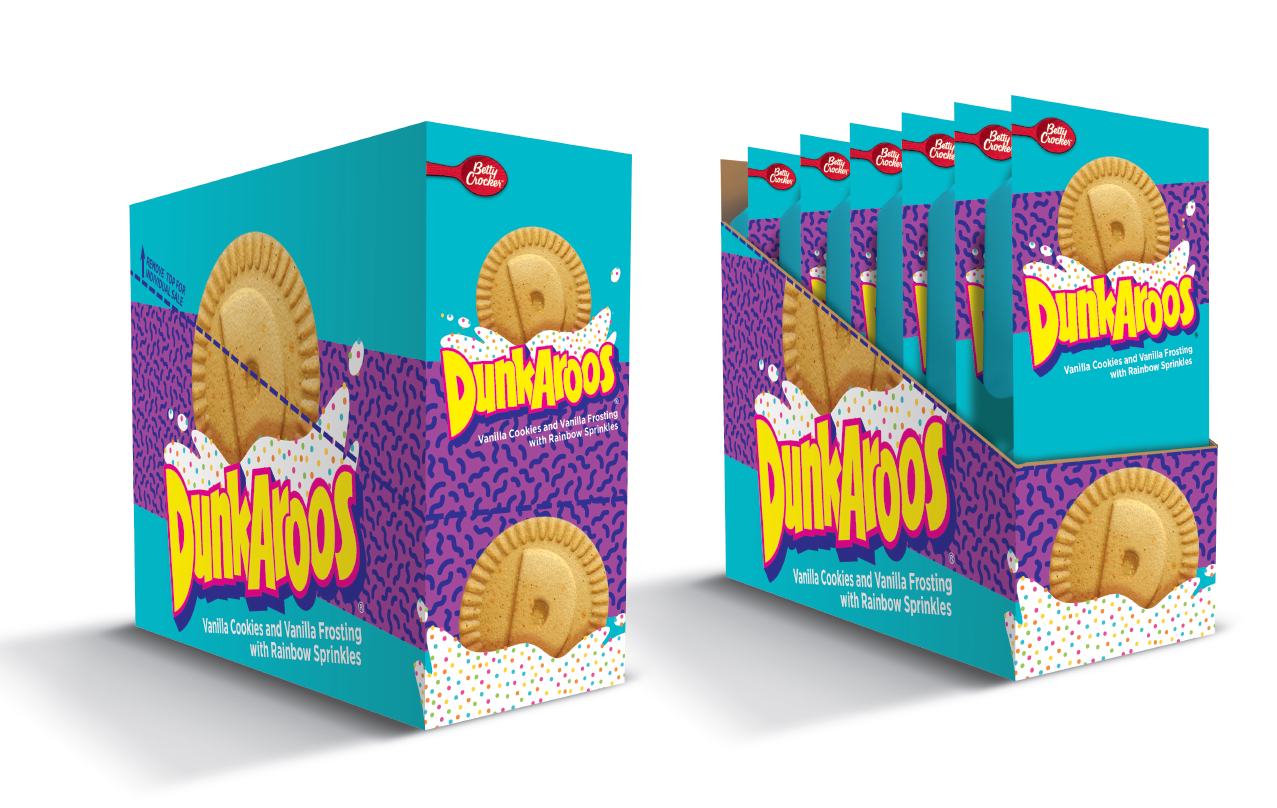 Speculation of the snack’s return started after Dunkaroos’ official Instagram account posted a picture of vanilla frosting with rainbow sprinkles on January 24.

General Mills officially announced the return of the snack in a blog post on Monday.

“We’re thrilled to relaunch Dunkaroos in the U.S. after years of it only being available in Canada,” Jeff Caswell, president of snacks at General Mills, said. “For those who grew up in the ‘90s, the original cookie-frosting combo represents the taste, color and fun of being a kid during that decade. We know there’s a lot of love for Dunkaroos, and fans everywhere have been asking for it. We’re excited to help ‘90s kids relive all the best parts of childhood.”

Dunkaroos were first introduced in 1992 and then discontinued in the US in 2012. Dunkaroos will be on shelves at participating 7-Eleven stores in late May and rolling out to other convenience stores and grocery retailers nationwide in July. Packs will retail for $1.99.

Get your dipping fingers ready. Fan favorite, Vanilla Cookies and Vanilla Frosting with Rainbow Sprinkles will be here before you know it.