Girls can do anything: that’s the message of a new children’s book, Pinkie Promises, from Senator Elizabeth Warren who ran for president in 2020. It’s her first-ever picture book in her own words and it’s on sale this fall for kids who dream big everywhere.

Polly wants to make a difference, but she keeps hearing “that’s not what girls do.” She’s frustrated, but one day she goes to a rally to see a woman running for president. They meet in person and after a pinkie promise, Polly is inspired to embark on her own campaign for Class President. Win or lose, she’s been empowered to take matters into her own hands. 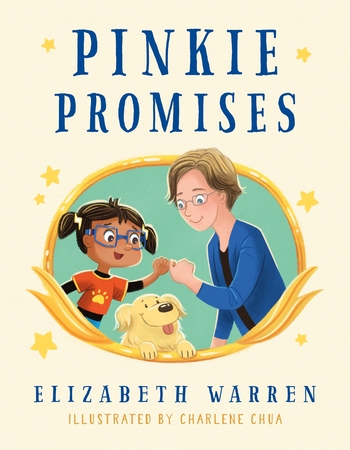 The book features art by award-winning illustrator Charlene Chua and is available to buy Oct. 12 in hardcover for $18.99. It’s targeted for girls in the four to eight-year-old range, but its message applies to all women. Warren would often introduce herself on the campaign trail to young supporters by saying, “My name is Elizabeth, and I’m running for President because that’s what girls do.”

Along with authoring books, Elizabeth Warren has served as the United State Senator of Massachusetts since 2013, the first woman senator for the state. She’s also a former law professor and she finished third in the 2020 Democratic presidential primaries.