A DIY Elmo Party Anyone Can Pull Off

Every kid inevitably has their favorite Sesame Street character — it’s almost like a rite of passage for our tots. Before your little ones start asking for extravagant “how am I going to pull this off” birthday party themes for their next celebration, we suggest taking advantage of their love of Cookie Monster, Elmo, Bert and Ernie. The Sesame Street theme is universal, meaning we’re sure all the kids at the party will love it, and it’s simple enough to pull off with a few DIY tips and tricks.

We were lucky enough to come across Red Tricycle reader, Rebecca Desfosse of Doggone Thrifty who dished to us about the Elmo-themed birthday party she recently threw for her son, Joshua’s second birthday. Rebecca embodies a DIY-mama so we were so thrilled that she unveiled some of her crafty tips and tricks. Red Tricycle: What inspired you to create an Elmo-themed birthday for Joshua’s 2nd birthday?
Rebecca Desfosse: Joshua is just smitten with Elmo. Just the sight of the furry little monster causes him to light up like Fourth of July fireworks. In fact, “Elmo” beat out both “Mama” and “Dada” as one of his first words. So when it came time to plan his second birthday party, we knew we just had to have an Elmo theme. RT: Where did the birthday party take place?
RB: The birthday party took place at our condo in central New Jersey.  The party was originally supposed to be outside, under a big white tent, but that day just happened to be the hottest day of the year (I think it broke 105 degrees that day) so we moved it inside.  It was a little squished, but cozy and intimate. RT: What type of  activities were at Joshua’s party?
RB: The kids played Pin the Nose on the Elmo.  The game consisted of a poster of Elmo and stickers for the kids to place on his nose. The kids had loads of fun – they got such a kick out of sticking the stickers onto the poster that they each went back multiple times.  I had some additional ideas for games, such as Elmo trivia and guess the number of fish in the fish bowl, but decided the kids were a little too young. RT: How did you make those amazing Elmo cupcakes?
RB: I baked 24 cupcakes as usual. To transform them into Elmo, I used red icing with red sugar sprinkled on top; one mini marshmallow, cut in half, with a drop of chocolate in the middle for the eyes; one orange peanut M&M for the nose; and a half an Oreo for the mouth. They looked just like Elmo! RT: For other crafty/DIY parents who love this theme, do you have any advice for throwing a similar Elmo party? Where did you get the store-bought goods?
RB: Creating an Elmo themed party is easy to DIY – even on a budget. I used red streamers and balloons to decorate our condo from top to bottom. I bought red plates, cups and cutlery at the dollar store. I used an Elmo stuffed animal to affix some Elmo balloons (also from the dollar store) as a centerpiece. I made homemade lemonade and served it in a fishbowl, with a little note reading “Dorothy’s Lemonade” (Dorothy is Elmo’s pet goldfish). The homemade Elmo cupcakes were definitely a big hit as well. I bought the invitations, Pin the Nose on Elmo game, goodie bags and party hats at Party Fair, but it would be easy to DIY these as well with some red and orange construction paper and a knack for crafting. RT: What were in those cute goodie bags?
RB: The goodie bags contained all of Joshua’s favorite things – Elmo stickers, a bottle of bubbles, an Elmo coloring page and crayons, and a few small squishy balls. I knew Joshua would love all of his friends to have some of his favorite items to take home with them.

Don’t forget to check out Doggone Thrifty for more great tips and tricks.  Then let us know in the comment section below if you’ve ever thrown your kiddo a Sesame Street themed birthday bash. Do you have any ideas for creating a DIY Sesame Street party? 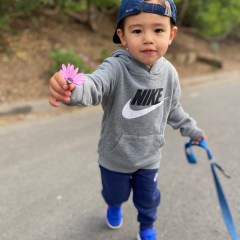 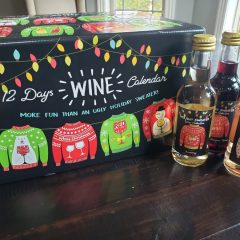 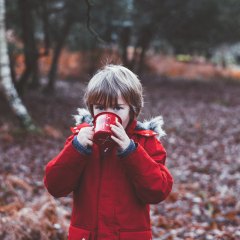 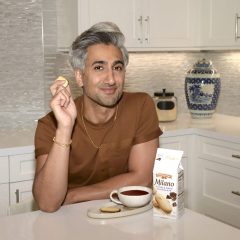 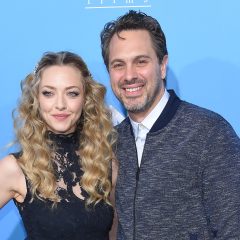 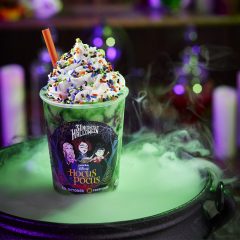 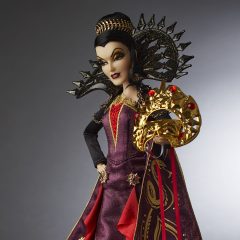 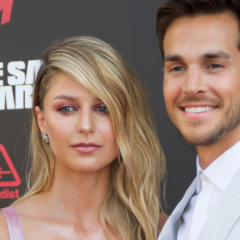 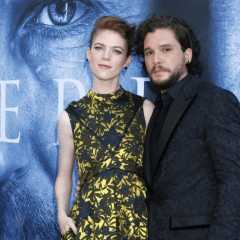 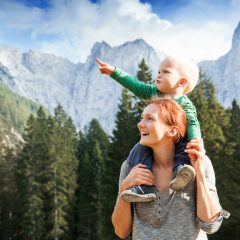 These Social Distancing Activities Will Keep Your Kids Entertained for Hours 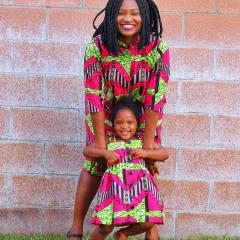 16 Fresh Mom & Me Styles That Make a Statement