Sad news: Eric Carle has passed away. He’s the author and illustrator behind scores of colorful, beloved children’s books including the all-time classic The Very Hungry Caterpillar.

His family announced that Carle passed peacefully at age 91 on May 23, surrounded by loved ones in his summer studio in Massachusetts. In the course of his life, Carle illustrated more than 70 books for kids and churned out multiple hits in collaboration or solo: Brown Bear, Brown Bear, What Do You See? The Very Busy Spider and From Head to Toe. Carle’s distinctive style stands out on any shelf and more than 152 million copies of his book have been sold around the world. 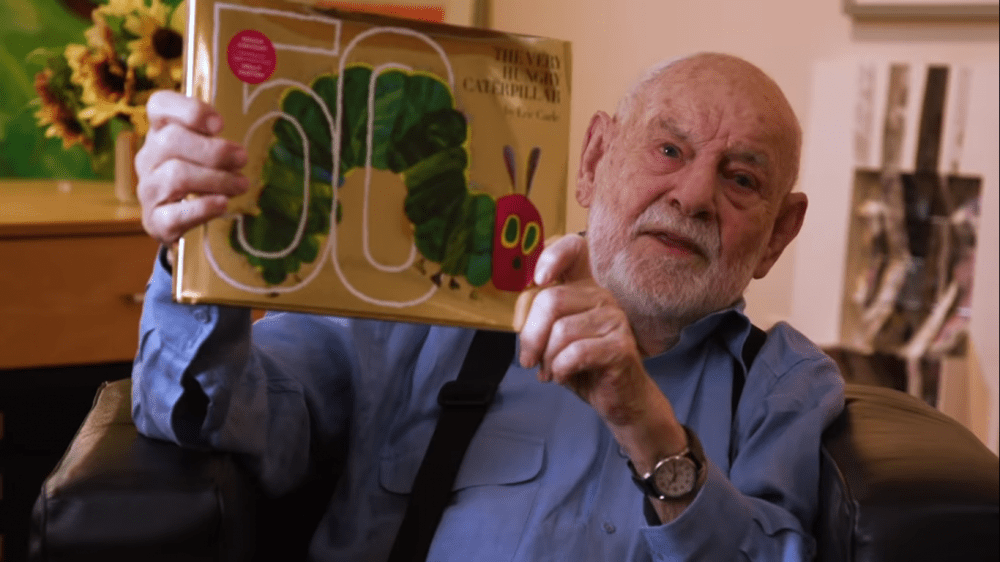 The son of German immigrants, Carle graduated from a prestigious art school in Stuttgart before returning to the U.S. to work as a graphic designer for The New York Times, then an art director for an advertising agency. He used collage technique to illustrate, with layers of hand-painted papers. Many of his books have nature themes and give children the chance to learn about the world around them.

On his website the family wrote: “In the light of the moon, holding on to a good star, a painter of rainbows is now traveling across the night sky.”

You can visit the Eric Carle Museum of Picture Book Art in Amherst, Massachusetts, a museum founded by Carle and his second wife, Barbara. Carle is survived by his sister and two adult children.

Eric Carle’s “The Very Hungry Caterpillar” Turns 50! Here’s What the Author Had to Say

19 Classic Books All Babies and Toddlers Should Have