Every Mom Is a Superhero, so Let’s Wear Those Capes Like a Boss 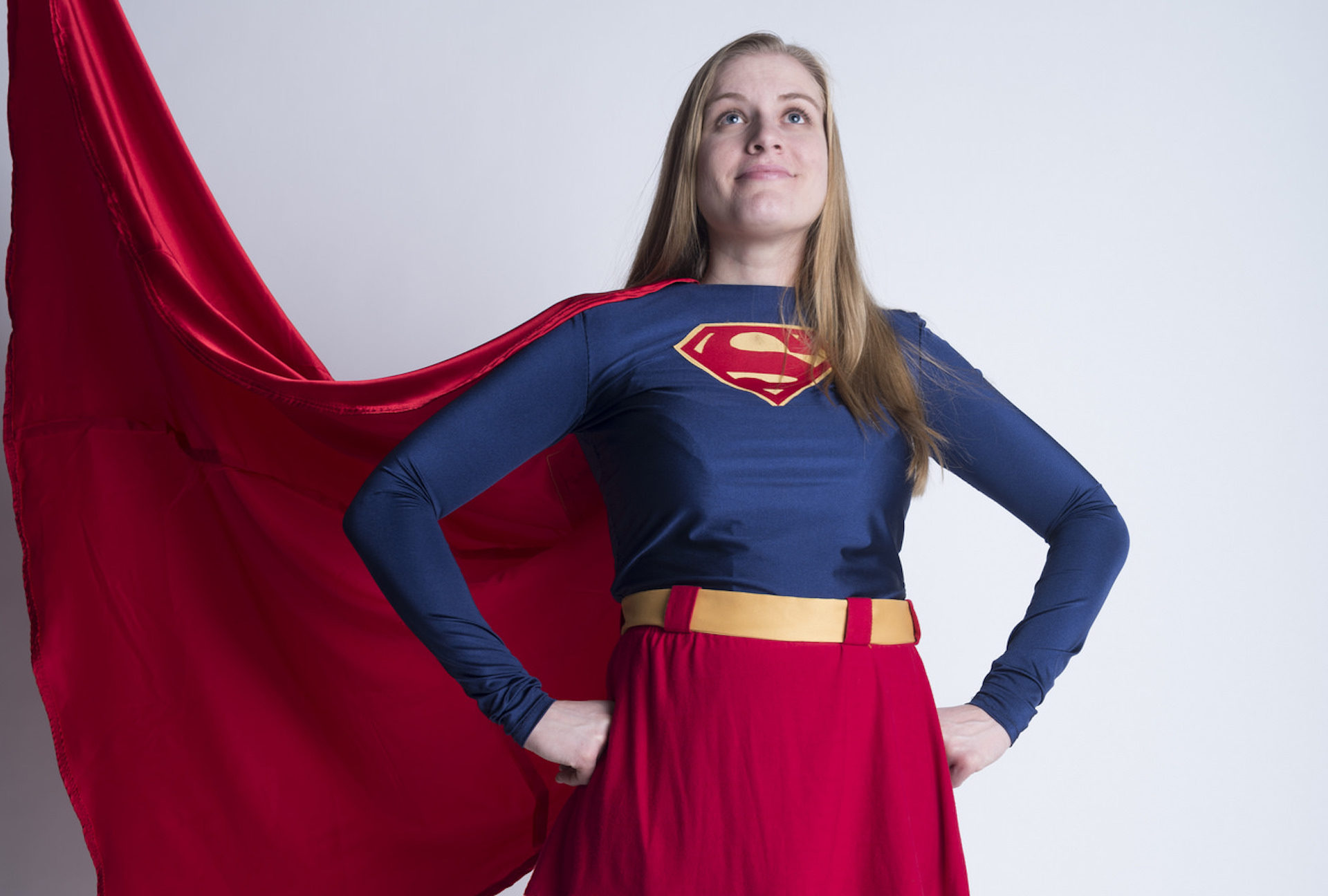 I know a woman who carried a baby for her brother and his wife when they couldn’t conceive. No, it’s not Phoebe Buffay, though that was an incredible arc for her character on Friends.

Rather, this is a woman in my preschool community. She teaches a workout class on Thursday nights at our church and by looking at her, you’d never know her story. She has three children of her own and just gave birth to a fourth – the chubbiest little nugget you ever saw who made an excellent Sumo wrestler for Halloween.

There’s another mom who lives just down the road from me who had a baby just one month ago. I saw her yesterday pushing a stroller up our neighborhood hill. She was moving slow but baby-talking to her new daughter the entire way. I asked her why she wasn’t at home in her nightgown binge-watching TLC reality shows like I did during my postpartum recovery and she just laughed. “I wanted to give her some fresh air,” she said.

Then there’s that friend of mine who comes to school drop-off without a hair out of place. She oozes class from her pearls to her flats and she weaves Bible verses into normal conversation like a butter knife smoothing frosting on a cake. She drips grace and charm and she’d intimidate me if she weren’t so sincerely kind. She’s also raising a special needs son and just saw her husband through a cancer scare.

These three women don’t know each other, but they’re all making motherhood work in a really beautiful way.

They’re superheroes, really. We all are.

Don’t believe me? Let’s take a look at how Stan Lee, the former editor-in-chief at Marvel Comics defines one.  In an interview with Oxford University Press, he states that a superhero is someone “who does heroic deeds” in a way that “a normal person couldn’t.”

Did you understand how to give of yourself so freely, so physically, every single day to someone who couldn’t even say “thank you” in return? Did you know how to love with your whole being, not just your heart?

Those are heroic deeds, mamas. And once you take them on, you’re not normal anymore.

I’m not just talking about the physical changes. Sure, your pants might not fit the way you’d like and you may always have that pouch where you carried life. Your hips are wider and there’s also those weird changes happening to your hair.

But it’s more of an emotional and spiritual transformation that turns us from ordinary humans into extraordinary beings.

We don’t all have to be surrogate mothers to know how it feels to carry a weight that’s not ours. To sacrifice and give up things we used to really love in exchange for something much bigger.

If you’re in the carpool at 7 a.m., lipstick in one hand and a book bag in the other. If you’re rushing home after work to throw supper on the stove or pull the lid off a Crock-Pot. If you’re sitting on your laundry room floor at 3 p.m. on a Tuesday holding a crying, tired baby while trying to keep the pile of clean clothes away from the dirties. If you’re reading that same book for the tenth time, getting that fifth glass of water, and allowing the third bathroom break before bed, all the while thinking how nice it would be if someone tucked you in with such care.

If you go 10 hours without talking to anyone over the age of five and sometimes forget how to carry an adult conversation.

If your diet is mainly veggie straws and peanut butter sandwich crusts and you buy enough milk to own a dairy farm.

Put on those capes, mama. Wear them proudly.

Let’s salute the struggle, and recognize the reward. Let’s change the world one skinned knee, broken heart, and tangled hair at a time.

Let’s go save the day.

Hi, y'all! I'm Courtney. I'm a mama of two, married to my high-school sweetheart and making a life in the little town I grew up in. I'm a writer by trade, but a mama by heart. I love chocolate and I love family. Let's navigate this crazy, messy, blessed journey together!
Red Tricycle > Spoke Contributor Network > Every Mom Is a Superhero, so Let’s Wear Those Capes Like a Boss