“Fake news” is Faking Kids Out, According to a New Study 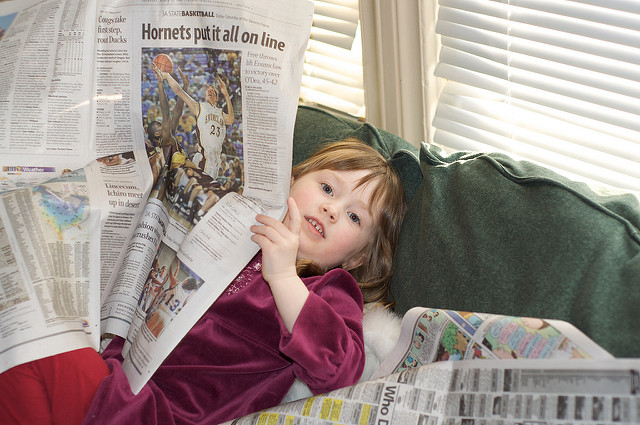 Even adults have trouble telling the difference between what’s fake and what’s real, so it shouldn’t come as a big surprise that “fake news” has fooled kids too. A new study uncovered how challenging it is for tweens and teens to recognize fake stories.

In a survey conducted by Common Sense Media, only 44% of tweens and teens said they can tell the difference between a real and fake news story. However, more than 30% who shared a news story online said they later found out the story was wrong or untrue.

The survey also asked kids a variety of questions about how they get their news and who they consider a trusted source. Family was the number one trusted source of information with 66%, more than teachers (48%), news organizations (25%), and friends, who were only favored by 17% of those surveyed. The good news is, this means your kids probably trust your judgment more than their friends’, even if they won’t always admit it. The bad news is, with only 39% of American adults very confident that they could spot a fake news story, you might be guilty of spreading fake news too, whether you know it or not.

Beyond the fake news debate, the survey also found that a majority of kids believe that the media has no understanding of their age group. It also touched on how news made kids feel and discovered that it most often made them feel angry, scared, or depressed. Last, but not least, where do most teens get their news from? Facebook, of course.

Do you think you can spot a fake news story when you see one? Share your thoughts on the survey in the comments.

Red Tricycle > Uncategorized > “Fake news” is Faking Kids Out, According to a New Study