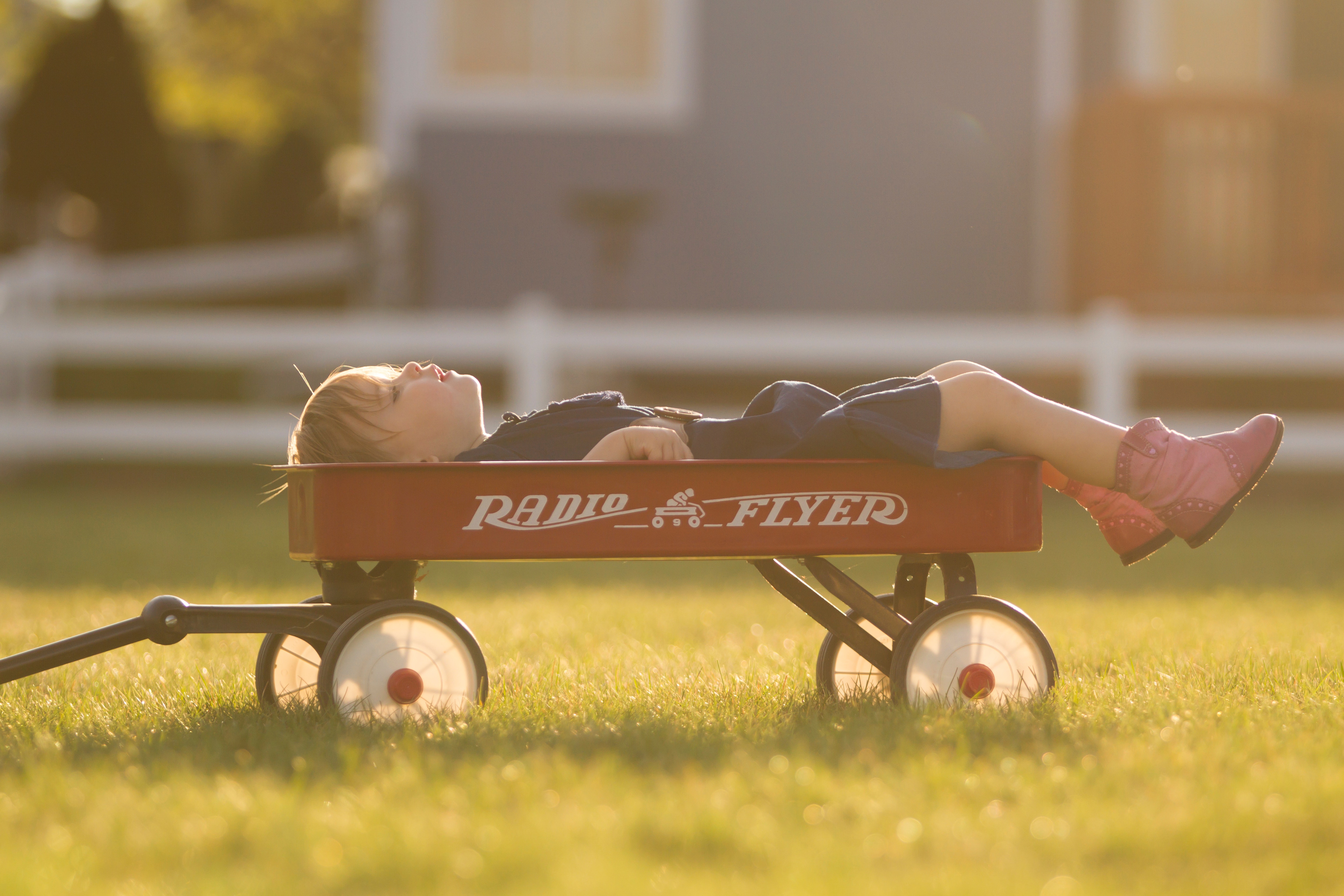 I just finished tucking my oldest child into bed. I say oldest like she’s a teenager but in reality she’s only three-and-a-half. Just four months shy of turning the big 0-4, she’s every bit the bumbling, precocious, hilarious little girl I always dreamed of.

She’s also full of very big emotions and it’s hard when those come bubbling up out of a tiny toddler body. So she feels deeply and talks loudly and sometimes it’s well past 10 p.m. when she finally accepts that it’s really bedtime.

There are nights like tonight, when bathtime and the hours afterward are a struggle, that I think ahead to when she’s older. I find myself pining for the days when she can just go upstairs and wash her own hair. When she doesn’t need me to lean over the bathtub in that back-breaking position that all mamas know or lay her down to scrub her back teeth really well to counteract her penchant for grape juice with supper.

One day, she won’t need me to pick out her pajamas or read her a million stories before she finally falls asleep. She’ll come downstairs to the refrigerator by herself when she’s thirsty and won’t need to bug me for one more glass of water.

But today was not that day and tonight is not that night. We laid together for two hours as I recounted the days I carried her in my belly. How many times we’ve snuggled under that worn blanket while I’ve told her the story of her birth I can never recall.

She’s heard stories about my own childhood, about how I met her papa and all the adventures and road trips we took together before she was even a blip on our radar. She listens intently, her head on the paisley pillow beside mine and her hands folded so sweetly under her cheek it could make me cry.

Before I even realize how much time has passed, her little eyelids get heavy and her hands fall from her face and it’s finally time to slink back into my own bed.

I know one day I’ll look back and wish these exact days were here again so I’m taking the time to cherish them now and really soak them in. Preschool sign-ups were this week and once again I only applied for three days a week. The other two I plan to spend like we always have since she was in diapers and barely toddling around.

We’ll go to the library for Thursday morning storytime and the local bakery for half-off Tuesdays. We’ll hold dance parties in our living room while the early morning country countdown plays on the television. We’ll practice our letters for a little while then just finger paint until papa comes home. When it’s warmer, we’ll pop water balloons and run through the sprinkler and eat popsicles on the driveway while we dry off in the sun.

She’s little now, but she won’t always be. Scientists say that our real memories don’t begin until we’re around age 7 and I have to say, that kind of breaks my heart just a little. She probably won’t remember those sacred times right before bed, when I held her in my arms until I felt her breathing slow to a rhythmic slumber.

Soon enough, she’ll grow up just a little. We’ll enforce chore charts first and then curfews later. We’ll have those big, heavy talks instead of just playful banter. We’ll both get older and rely on each other less to get through the day.

And while I can’t wait to see what bold and beautiful things she does with her life, I can’t help but wish that time would slow to a crawl. Yes, I’m exhausted and stressed and send way too many “come home soon” texts to my husband before noon.

There are times when it’s 8 at night and I feel like I’ve been carrying the enormous weight of two tiny worlds on my shoulders all day and I can’t take another step. I feel worn down and stretched to my limits with my nerves hot and fried.

But then I get a glimpse of her and her brother, fast asleep in their beds. Their hair is falling over their eyes and their arms are draped over their blankets. I sit and stare at them like I used to do when they were newborns, lying in the bassinet beside my big bed.

Back then, I’d roll over in the middle of the night and meet their gaze. They’d be wide awake and staring back at me, as if to say, “I’m not sure what’s going on here.” I’d pull them close and whisper to them that it would all be okay.

Now, they’re bigger and I can see the changes that just a short amount of time has done to them. So I let them dream, knowing that they’ll wake up just a little older. But while they’re mine to keep and feed and dress and tuck in, I’ll do so with love and appreciation, grateful for their childhood and all it holds.

Hi, y'all! I'm Courtney. I'm a mama of two, married to my high-school sweetheart and making a life in the little town I grew up in. I'm a writer by trade, but a mama by heart. I love chocolate and I love family. Let's navigate this crazy, messy, blessed journey together!
Red Tricycle > Parenting Advice > Baby Help > These Are the Family Memories That Can Only Be Held in Our Hearts