In spite of all the careful planning, family vacations can and probably will go wrong at some point in one’s parenting life. So why not laugh about it (later)? If you think your vacay from “H-E-double hockey sticks” couldn’t be topped in the so-bad-it’s-funny-department, keep reading. These true stories of nightmare getaways will have you ROFL-ing. 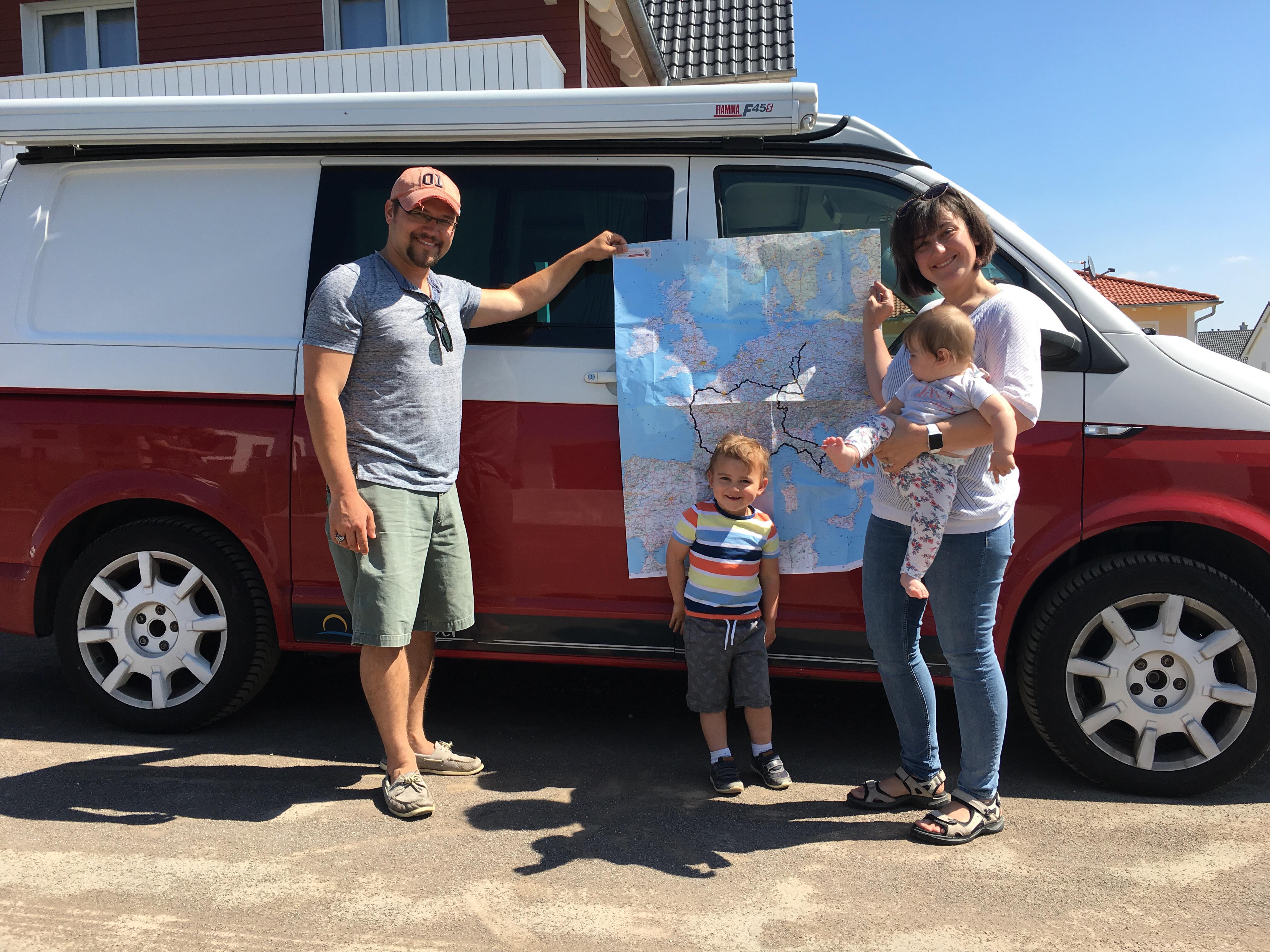 Happy Camper
“As a final vacation to end our year-long fellowship in Germany, we decided to rent a VW campervan for two weeks and take our almost three-year-old and eight-month-old on a road trip through Europe. People told us we were crazy, they said: ‘that is not a vacation!’ But we insisted. We had to see as much as possible and this was the way to do it.

Long story short, we visited 12 countries in 14 days of driving. We covered over 7000 kilometers and crossed three mountain ranges. We visited cities like Paris and Rome, Cannes, Marseille, Zürich … But did we see the Mona Lisa? The Sistine Chapel? No. If our toddler couldn’t scream through it, throw things at it, or destroy it, we didn’t see it. Our glorious tour of Europe included every playground between Berlin and Barcelona, every McDonalds between Zürich and Paris. There are no Michelin starred restaurants that cater to toddlers. Do we regret it? No. Would we do it again? Absolutely not.” —Alicia Orzechowski, Washington, DC

When Ya Gotta Go …
“Before I knew how swim diapers worked, I put one on my toddler before heading to a restaurant. I was sitting at a fancy champagne brunch with my toddler when all of a sudden the kids at the table next to us starting yelling, ‘Ew! That baby is leaking pee!’ Sure enough, a stream of pee was flowing under her high chair.” —Malisa Payne, Arlington, VA

There Are no Tears … in Hawaii
“Last Christmas, we gave our kids a family trip to Hawaii. Two of them were happy and one started to cry because it was so far away and it was at the beach. ‘We already live near a beach,’ she said. It was the first person I have ever heard complain about going to Hawaii.” —Theresa Woollard, Jacksonville, NC 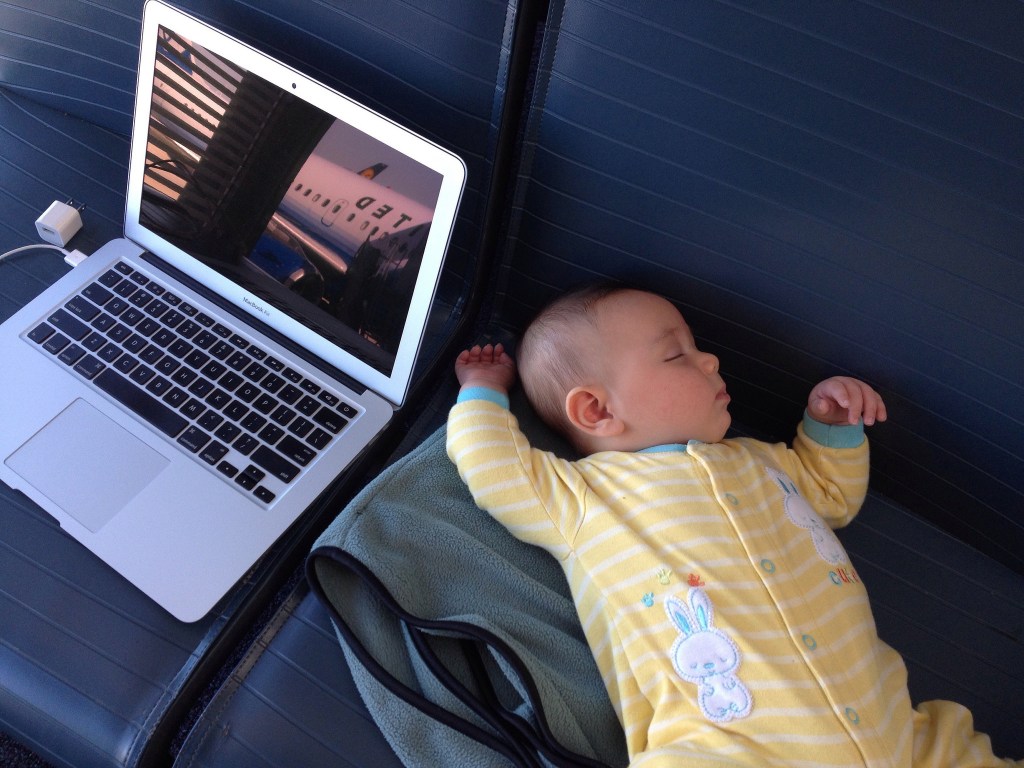 Everything but the Kitchen Sink
“We recently went on a family vacation, and we completely overpacked. But when we went to bathe our girls we realized we didn’t pack ANY of the essentials (ie toothpaste, toothbrushes, brushes, diapers, underwear). Who does that?”—Rebecca Levy-Levitt, Virginia Beach, VA

California Dreaming
“Our first trip back to California after we moved from Texas, our flight was delayed, then canceled, so we had to hop on a different flight. By the time we arrived in San Francisco, the rental car offices were closed, so we had to get a hotel. In the morning, on our way to see friends, we were rear-ended in the rental car. Then, a day later, my daughter knocked her front tooth out at our favorite children’s museum in Sausalito. If THAT wasn’t enough, my husband got the flu so bad, he was down and out for almost 10 days, most of which was during the Christmas holiday. And, for the final topper? My daughter had an allergic reaction to the antibiotics she was taking for her accident, and she had to fly home covered in spots. Needless to say, we were a hot mess on that trip.” —Gabby Cullen, Rockwall, TX

Chill Factor
“When my kids were little we took a bus to Edmonton, Canada from our home in Montana. We wanted to go to the West Edmonton Mall (aka the biggest mall on the planet that has a roller coaster inside). When we arrived, we quickly noticed that our hotel room had recently been painted and reeked of chemicals. In fact, the hotel was still under construction. When we were leaving to go home, the bus was 12 hours late, as they were trying to fix the heating. It was negative 6 degrees in Canada so we gave our coats to our kids, while we froze.” —Sabina Malva, Seattle WA

It’s Getting Hot in Here
“When I was a kid, we went to Washington, D.C. for a vacation and we were staying on the 12th floor in a high rise hotel with an underground parking garage. There was a huge storm, and the garage flooded. Back then, they also had the laundry room down there, so one of the dryers short-circuited and the electricity went out. My dad walked 12 floors down to see what was going on and then 12 floors back up. And then the hotel caught on fire. I remember my mom in her PJs, she grabbed my sister and I so we had to walk down all of these stairs. We had to evacuate the hotel with no clothes, just in our PJs. My dad’s uncle in Baltimore heard about the fire on the news and took us in for the rest of our trip.  —Daphne LaSalle, Montgomery, AL 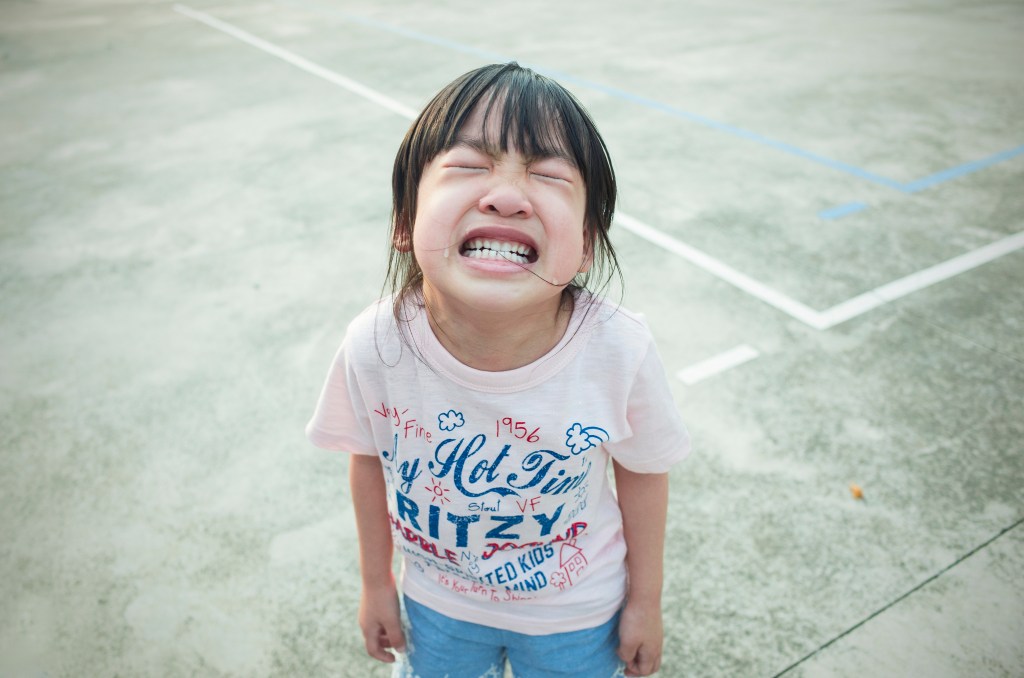 Zootopia
“During a trip to the zoo while visiting family in Cali, my mom swore it was fine to upend my son’s naptime. He screamed for an entire hour on the way home. In traffic.” —Hilary Crosley Coker, Brooklyn, NY

Comedy of Errors
“One year when my kids were three, two and five months old, I planned a road trip to a farm stay a couple of hours away. The three-year-old got carsick all over herself on the way there and the two-year-old barfed on me as soon as we arrived. On the second day, the two-year-old burned his hand on our cooktop and spent most of the weekend clutching a cold beer. The temp went from 95 degrees to pouring rain over the course of three days (and we were sleeping in a canvas safari tent). BUT we still reminisce about how fun that trip was! And now when we are planning other road trips we think, it couldn’t get much worse than that, and we still had a great time!” —Kate Loweth, San Francisco

Top flight
We flew to Jamaica during nap time, hoping our son would, you know…sleep. Instead, he decides that it is not his naptime and maybe he doesn’t actually need a nap at all. When we landed in Jamaica I had a wired one-year-old telling the immigration officials about the ‘airpwane,’ ready to meltdown if they didn’t do airplane hands with him … —Aimee Peoples, Washington, D.C.

How to Salvage a Less-Than-Perfect Family Vacation

Why Family Vacation Memories Are So Magical