3 Perfect Days in LA: What to See, Eat & Do for Ultimate Fun

Got just a few days to spend in LA with the family and want to squeeze it all in—from the beach to Beverly Hills and beyond? We’ve got you covered with the ultimate itinerary, created specifically with kids in mind. Keep scrolling for all the details on where to play, eat and stay with three days in LA.

A post shared by Annenberg Beach House (@annenbergcommunitybeachhouse) on Jan 2, 2020 at 10:34am PST

Kick off your LA weekend with the ultimate beach day. Rent some beach cruisers near the Santa Monica Pier and pedal along the paved shoreline path to the Annenberg Community Beach House. (If your kiddos aren't quite bike-ready, you can also drive to the destination and park on site.) The Beach House offers plenty of sandy areas for caste-building, a free splash pad and al fresco dining by way of Back on the Beach Cafe. If you're visiting between May and Sept., you can also reserve tickets to the Beach House Pool.

For a more off-the-beaten path beach experience, consider heading further north along the scenic Pacific Coast Highway to one of Malibu's many tucked-away beaches. Just note that parking can be tricky at many of these locations, and there's often a steep trek down stairs to the sand. Once you've made it though, you'll be rewarded with tide pools, sea caves and sandy shores for miles. 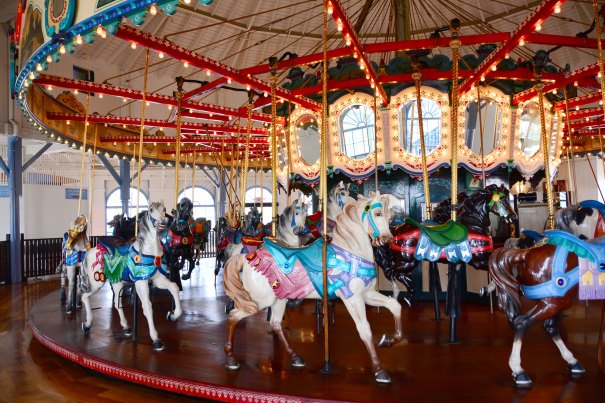 Post surf and sand, make your way back to the Santa Monica Pier for a spin on the historic carousel and some good old-fashioned fun at Pacific Park, complete with an 85-ft. ferris wheel, retro arcade games, funnel cakes and more.

If you need a respite from the crowds, it's just a short walk to Tvonga Park, a 6.2-acre oasis hidden away from the hustle and bustle of downtown Santa Monica. As the day nears to an end, hop in the car for a quick trip down the coast to Manhattan Beach where the sun sets in a blaze of orange and pink over the ocean. 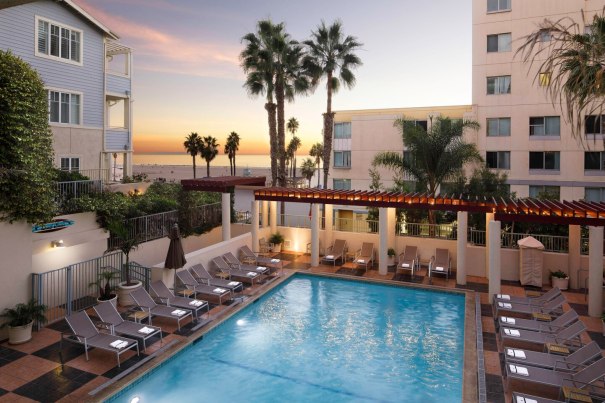 Haute Hotel Tip: If you're looking to stay within walking distance of the beach, the Marriott has two family-friendly options that fit the bill: JW Marriott Santa Monica Le Merigot or the nearby Marriott Marina Del Rey. The Santa Monica location, with its luxe, oversized rooms, is a 7-minute stroll from the Pier, while the grounds of the modern Marina Del Rey hotel are right alongside Marina Beach (aka Mother's Beach), a sheltered, surf-free cove made for little ones. 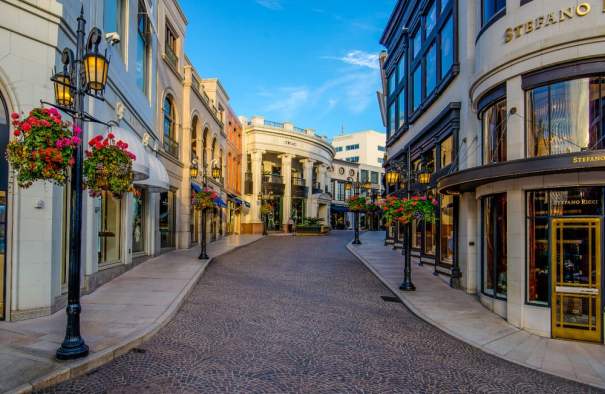 What's a trip to LA without some stargazing—both the celestial and cinematic kind? Keep your eyes peeled for celebs during a morning visit to 2 Rodeo Drive (starting at Wilshire Blvd.) in Beverly Hills. The stretch of Rodeo is where you'll find a quaint cobblestone street, European-inspired architecture and a stretch of high-end boutiques.

Next on the itinerary: Universal Studios Hollywood, where you don't want to miss the behind-the-scenes studio tour, Harry Potter's Hogwarts Castle and the recently opened Jurassic World - The Ride. For little ones, there's the Despicable Me area with a Minion-inspired dance party, plus the nearby Super Silly Fun Land, which features a massive water-play setup along with a dry zone where kids can jump, slide and climb.

Once you've exhausted all that Universal has to offer, drive about three miles to Lake Hollywood Park, where you can park along Canyon Lake Dr. and capture all those Insta-worthy pics of the iconic Hollywood sign. From there, it's another short trip to the Griffith Observatory where you're guaranteed to see LA's brightest stars... in the sky. Kids can check out meteorites, admire the sizzling Tesla Coil and, after dark, peer through the Zeiss telescope for a glimpse of the cosmos.

Introduce a little arts, culture and creative fun into your LA vaycay with a visit to two of the city's top museums. First up? A tram ride (hello, perennial kid favorite) to The Getty Center. Squeeze in a quick tour of the Michelangelo exhibit (on display until Jun.) and at least a sampling of the wide array of European and North American Art, before healing to the Family Room for hands-on activities and play. Before you leave, wander through the sprawling gardens with its winding paths and waterfalls.

Follow The Getty with a stop at LACMA. You'll no doubt recognize the outdoor Urban Light display—all those antique-style lamp posts that make for a great photo op. Although the museum is currently under construction, parts of it are still open (and the scaled-down space makes it more manageable when you've only got a couple hours to spend). Be sure to check out the pop-up art activities in the galleries and Metropolis II, a sculpture with moving parts made to look like a mini city, open select times Fri.-Sun. 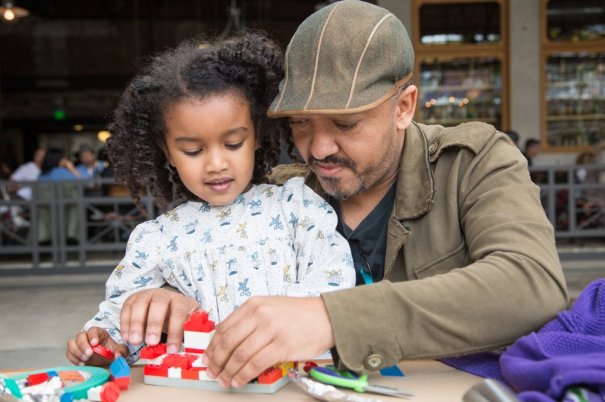 Keep the arts and culture trip going as you discover discover a whole new side of LA (beyond the beach and Beverly Hills) in downtown's Arts District. Stop by Hauser & Wirth, part gallery, part community gathering place with its public garden and family art workshops.

There's also ROW DTLA, the 30-acre complex of shops, pop-ups, dining and more, located on the edge of the trendy Arts District. Wander through the open-air produce market, peek into Makers Mess (an art studio for kids and adults), and pause at Dulce Dos for a matcha latte and delicious vegan (and non-vegan) donuts. Can't get more authentically LA than that!

Haute Hotel Tip: Stay in LA's trendy downtown area courtesy of Sheraton Grand Los Angeles, an urban hotel with a family-friendly vibe. Situated in the heart of downtown, it's a short distance to the Staples Center, Grand Park, The Broad museum and more. 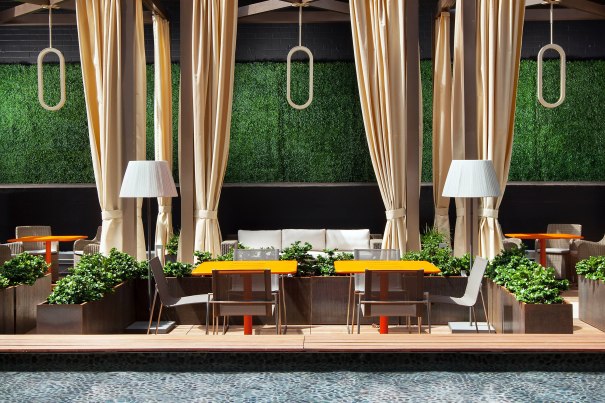 With Marriott Bonvoy™, families can enjoy special rates, free in-room Wifi, mobile check in and more! Save up to 20% on your weekend trip to Los Angeles when you book at least seven days in advance with Marriott Bonvoy.

PARTNER
Red Tricycle > Things to Do > Attractions > 3 Perfect Days in LA: What to See, Eat & Do for Ultimate Fun