Having a baby in the NICU can be an emotional experience. Renata Freydin, a new mom who recently welcomed a son named Zayne at St. Peter’s University Hospital in New Brunswick, NJ, has been spending a lot of time in the NICU, bonding with her new baby. Freydin knew that her fiancé, David Caldwell, a preemie himself, was born in the same hospital in 1986, but she was shocked to find out that one of Zayne’s NICU nurses, Lissa McGowan, also took care of David 33 years ago.

In her now-viral Facebook post, Freydin wrote, “As many of you may know, our son was born 10 weeks early at St. Peter’s University Hospital and has been in the NICU ever since (he’s doing amazing, btw!). What some of you may not know is that his father — my amazing fiancé — was also born about six weeks early at the same hospital!” 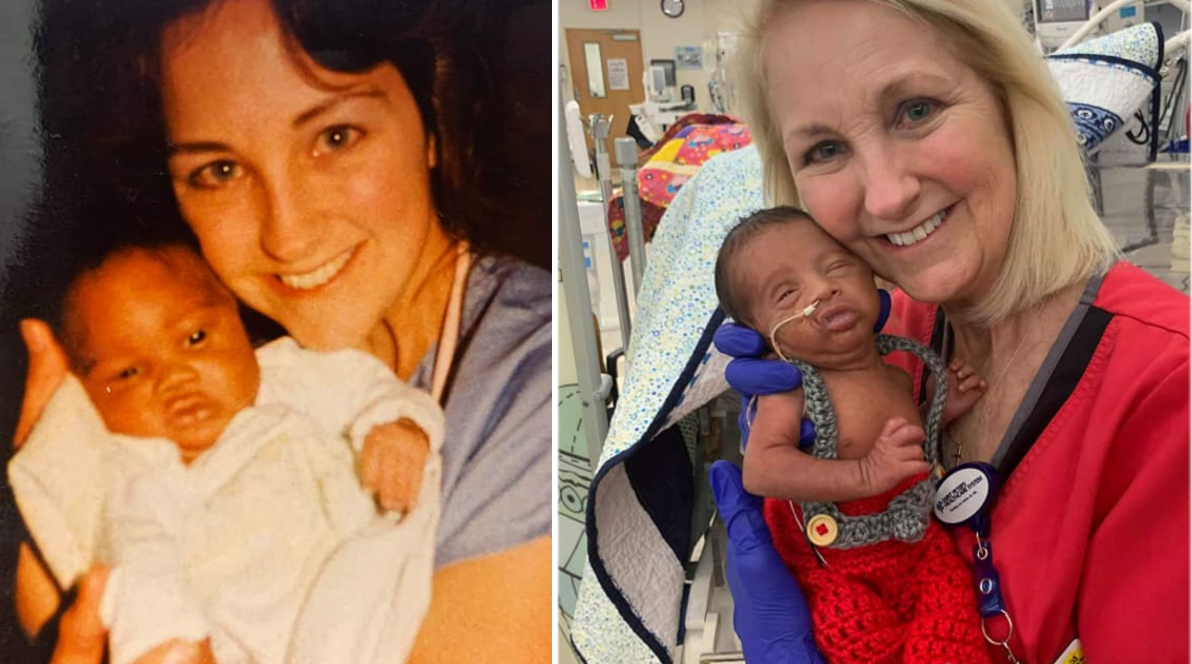 Freydin and Caldwell were going through his old baby book to compare what he looked like as a baby to Zayne. As soon as Freydin saw the picture of McGowan, she recognized her immediately as one of her son’s nurses.

McGowan was amazed and surprised when Freydin brought the picture in to show her. They decided to recreate the photo to preserve this memory forever. Freydin wrote, “The past 2 weeks have been filled with worries and uncertainty but we can breathe easy knowing my lil nuggets nurse is the same one that helped the man I love when he was in the same situation.” 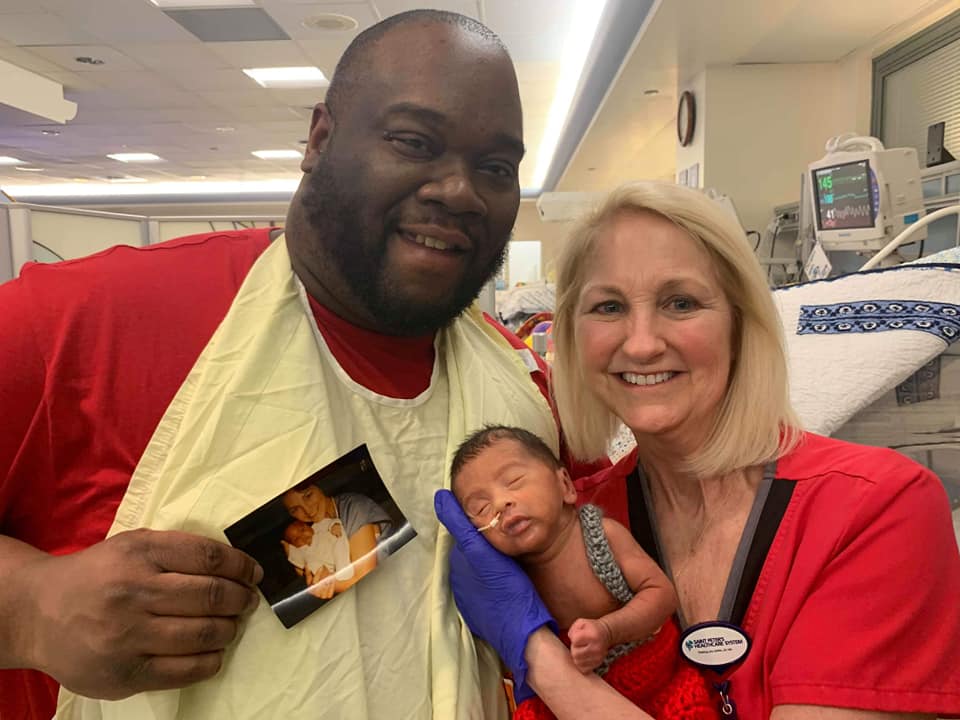 Freydin reports that Zayne is doing well and gaining weight. He is 5lbs 2oz now, and getting stronger day by day.

All photos courtesy of Renata Freydin

Your Cheat Sheet for Saving Big On Secondhand Baby Gear

Gear You Don’t Need: 10 Items to Leave Off Your Baby Registry