Feel-Good Adoption Stories That Will Make Your Day 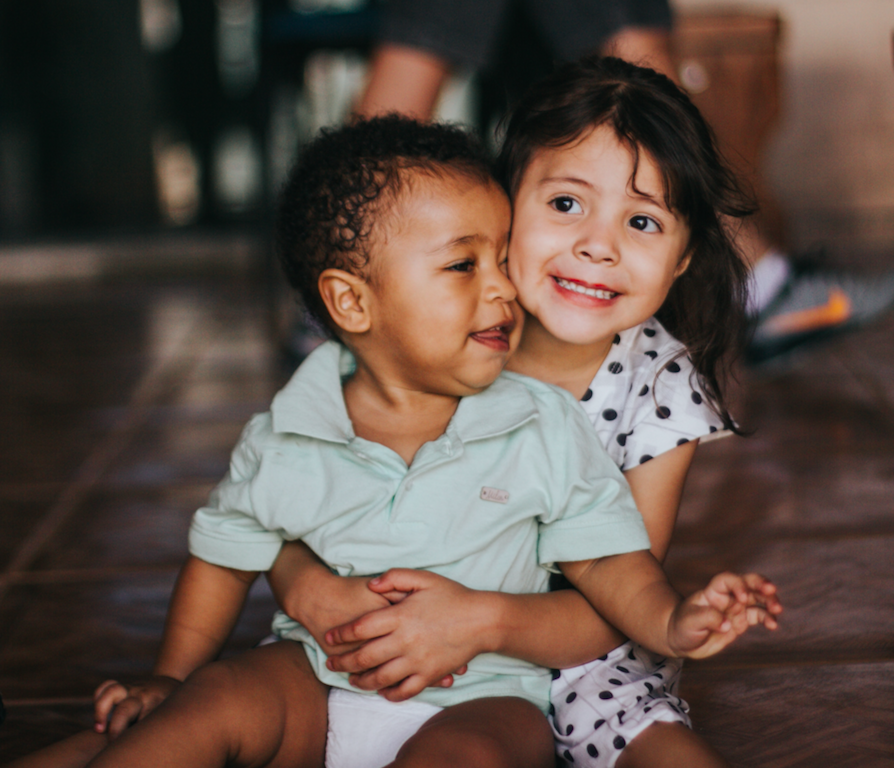 Who doesn’t love a good story about a child finding a loving home? Adoption is one method for growing your family, but it’s so much more than that. For orphaned or abandoned youth, it presents a chance to receive and benefit from consistent support and care.

Some of these tales involve children rescued from horrific conditions. Others simply warm your heart and restore your faith in humanity.

1. A Special Present Under the Tree

Ask many children what they want for Christmas, and they’ll tell you “a bike,” or “a videogame console.” But the three daughters of Courtney Solstad received an even better gift—an adopted baby brother! Solstad hid the secret from her three daughters. She met her children at the door and told them she had been out “shopping” for a very special gift the three of them could share. When she revealed their baby brother, Nathan, the trio squealed in delight and jumped for joy.

It’s difficult for even one child with special needs to find a loving home. Imagine the heart Utah resident Christie Johnson has—she’s adopted 35 children in total, 26 with disabilities. After having two biological children, Johnson and her spouse decided to open their home to more.

Parents who adopt special needs children must meet additional requirements. They need to prove they have sufficient financial resources to pay for care. They have to open their homes for inspection and meet with adoption counselors to determine what types of children are the best fit. For Johnson, the child’s health didn’t matter—she welcomed them all.

3. An Incredible Journey Ends in Adoption

If you’ve ever struggled to conceive, you can imagine the angst Dennis and Carita Chen felt. They tried for nine years to get pregnant but decided to adopt when it became clear they had fertility issues. They felt overjoyed when an adoption attorney informed them she had a client wanting an Asian couple to adopt her child.

When the big day first came, the birth mother changed her mind, wanting someone from her own family to adopt the child. But that arrangement fell through and she asked the Chens to reconsider. The couple traveled from Texas to California, all the while aware plans could suddenly change again. But when they finally saw their new child Jacob, they wept with joy.

Jim and Katrina Baldwin knew the challenges of raising multiple children well. They had five of their own and seven grandchildren to boot, but with the house nearly empty, they felt it was time to welcome more children.

The couple started by taking in two foster children but soon started receiving calls regarding their five siblings. Once all seven siblings felt comfortable in their new place, the Baldwins couldn’t imagine separating them again. They adopted all their charges and now adore having a full house once more.

5. A Mission Trip Leads to a New Family Member

18-year-old Lexi Geiger went on a mission trip with her church to Uganda. While there, she met an orphaned girl named Ester in desperate need of a home. She posted the story on social media, where it was soon shared by an adoption advocate in search of potential families. She found nine. However, eight of the interested mothers backed out when they discovered the child had special needs.

Tammy Stonebrook stayed the course. She’s currently working with immigration officials to bring Ester and another child from the same orphanage home. Once she receives confirmation from U.S. Immigration, the three can begin family life together.

6. From CPS to Loving Home

Child Protective Services needs all the help the agency can get. Because the organization removes all children from an abusive home, siblings face the prospect of splitting up on top of the trauma they’ve already experienced. For one person though, she couldn’t imagine separating Moises, Angel, and Alex. She first took the brothers to McDonald’s where they talked about school. One month later, she brought the boys home to stay.

7. Over a Year in Foster Care Finally Ends

Imagine spending over a year in foster care. Little Elijah spent that time adrift with his siblings until a Houston-area mother saw his photograph. She welcomed Elijah home with open arms.

Fortunately, his siblings also found a home with family friends in the same community. Although they don’t all live together, they get to maintain their close connection.

8. From Russian Orphanage to an American Family

13-year-old Hannah began life as Anna Sinyaeva, born to an unknown father and an alcoholic mother in Russia. Her doctor suspected she suffered from fetal alcohol syndrome and labeled her as developmentally disabled. She could have lingered in an orphanage for life—but Mary and Bob Rocklein stepped in and adopted her at the age of three despite doctors’ concerns.

Although the couple later divorced, Hanna glided through the transition. She works hard in school, loves her siblings and enjoys a good adventure.

Many families like the Perkinses adopt children from overseas. The conversations surrounding international adoptions have evolved over time, however, with more concern expressed for the welfare of the children and birth parents. Now, international critics decry some adoptions, fearing the trauma both the child and birth mother endure.

Mitali Perkins understands this trauma, having adopted two brothers from India. In her thoughtful HuffPost essay, she reflects on this changing conversation and expresses her commitment to activism. She has a forthcoming novel dealing with the challenges these children face upon reaching adulthood and hopes to raise awareness of human trafficking issues.

Hopefully, these stories served as your daily refresher of faith in humanity. Whether you adopt or not, you can sleep a little more soundly knowing these children found the loving home all youth deserve.