Fidget Spinners Are Taking Over the Toy Universe 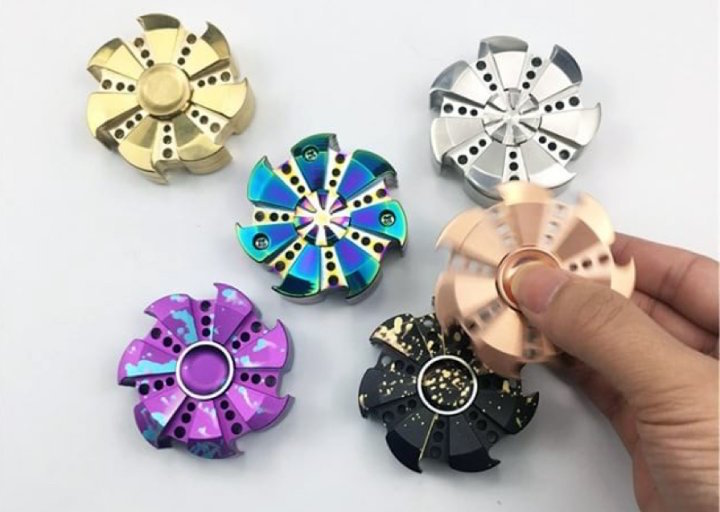 Move over slime, there’s a new craze sweeping the schoolyards: fidget spinners. If you’re not yet familiar, you soon will be: every kid will soon be begging for one, and you might just get bitten by the bug yourself.

For the uninitiated, fidget spinners are small gadgets about the size of your hand that feature a bearing in the middle that makes it spin. Prongs stick out from the center, making it resemble something like a mini pinwheel, which is essentially what it is. Fidget spinners are usually plastic or metal and come in a variety of colors that melt into a hued blur as you spin it in your hands or on the floor. That’s pretty much all it does, and yet kids, grown-ups, and even some cats, are going gaga over them. While most cost just a few dollars some have been selling for hundreds of dollars on eBay and Amazon.

Despite appearing to be incredibly simple, the fidget spinners actually serve a greater purpose other than making hilarious cat videos. The idea behind them is that they are meant to help reduce fidgeting and help people of all ages that might have trouble staying focused. They are especially being marketed towards kids and adults living with ADHD and ADD, as well as working as a stress and anxiety reliever. However, some schools, as MONEY reports, have had to ban them from the classroom because they’ve become more of a distraction than a helpful tool.

Have your kids joined the fidget spinner craze? Share your thoughts in the comments.