From Setback to Setup: Finding the Good and Rising Under Pressure 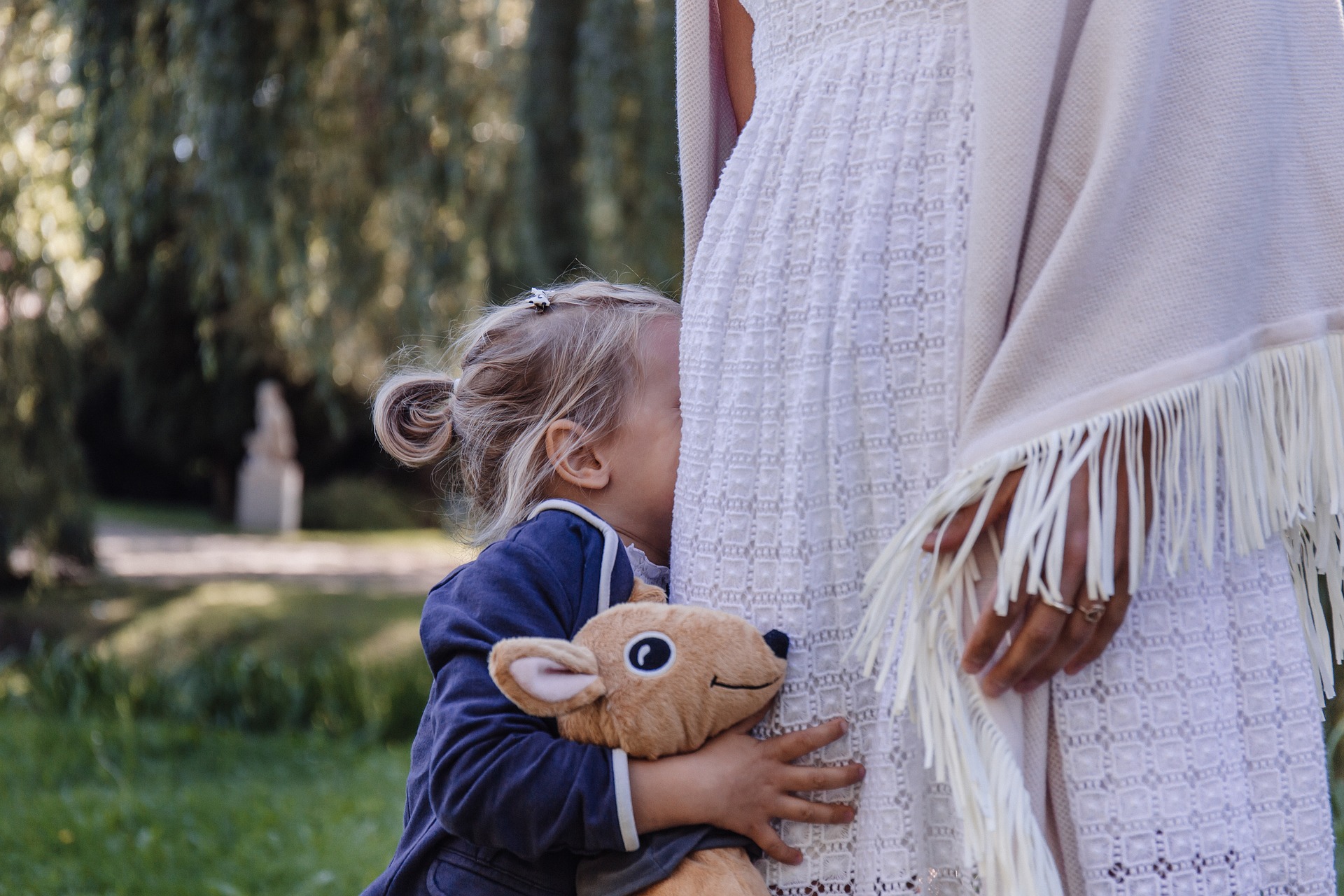 Every time February rolls around, so does preschool enrollment. Last year was my daughter’s first year. She was in the two-year-old class and one of the youngest in there.

That first September was awful. I think my sweet girl had a fever for a month straight. If there wasn’t one viral disease being passed around, there was another. Home with me her entire life, her tiny body didn’t have much immunity built up, so she fell prey to all the germs shared back-and-forth among the tinker toys and sandboxes.

Every time I’d drop her off, she’d cling to my leg and sob, with all the parents and other children gathered around us like we were a five-headed circus spectacle. My son was barely four months, and he’d be cocooned in his stroller, oblivious to our charade.

Then, around November, something shifted. She’d still give me puppy dog eyes every day before heading to her cubby, but there were no more tears. She was making new friends and before I knew it, she was hardly giving me a second look before toddling into class, her arms in the air yelling “Mary!” “Callie!”

That autumn was her first real experience of being without me. I’m not saying I sat in her room and played Taylor Swift’s “Never Grow Up” while looking at her baby pictures, but I’m not saying I didn’t either.

Truth be told, it was a major season of change for the both of us, and getting past that initial hurdle was tough. But she went to Chuck E. Cheese four times last year for her friends’ birthday parties. She swam at the pool this summer with her buddies. All of them came to her birthday party in June, then ran through sprinklers in our backyard. For the first time in her tiny life, she had companions other than her family members, and it was really beautiful to see.

She was only going to school two days a week last year, so when this past February came, I opted to bump that up just slightly, signing her up for three days a week. She’d go on Mondays, Wednesdays, and Fridays as a three-year-old, then I’d put her in for the whole week once she turned four, to get her ready for kindergarten. Makes total sense, right?

In my head, it did, so I filled in the paperwork and turned it into the preschool director the very next day. I wanted to secure her spot!

Turns out, making sure she was on the list wasn’t my only problem. I hadn’t consulted with the other moms about their children’s schedules for next year. They’d all decided to put their kids in for the full week, meaning June was the only one from her class who was only going for three days.

Literally, she was the only one out of 15 who wouldn’t be in the full-week class. Instead, she was placed in a much smaller class of 10 children on the same schedule as her. She didn’t know a single soul.

The enrollment fiasco happened last year, and this past September she had her first day in her new room. That’s when I realized the two classrooms were side-by-side. She had to watch every single day as all of her friends, whom she’d grown to love so much, lined up in a single file outside of her door. She had to watch them coming in from recess as she was going out. She had to take off her jacket and put up her folder in the morning as they did the same thing right beside her. So close, but so incredibly far away.

One night in that first week, I was doing dishes by the sink and she came to me, her face crumpled. “Mama, I miss my friends,” she whispered as she buried her face in my jeans.

Let me just tell you, mamas, that stung. It stung because I was the reason behind those tears. We sat there on the hardwood floor together and I stroked her hair as she told me how sad she was.

It was a setback, sure. But it was about to be a setup for something even greater.

The very next week, we scheduled pressure washing services for our house. We’d had it done once last spring and the contractor really messed up our paint job, so we needed someone to come in and reverse the damage. The kids and I sat mesmerized as he mixed up his solution and started spraying it at our home.

Under his watchful eye, the grime and smeared paint all washed away. In their place were beautifully cleaned bricks and shiny white siding. It made such a difference, I’m still getting compliments on the finished product and that was months ago.

When he left, I thought about how symbolic that entire act was. To wipe our slate clean and reveal our best selves, we often have to withstand a little pressure.

I started looking at my daughter’s preschool setback as a negative. We scheduled after-school playdates for those pals that she didn’t see during the day. Three of them have had birthdays since September and every single one has thought to include my daughter.

Best of all? She’s now made a best friend in her new class.

Her name is Tatyana and she greets June every morning with a hug. She tells my girl that she prayed for her the night before, and gives her a giant hug before her aunt picks her up in the hallway. She’s the answer to my prayers for my daughter – someone to reassure her (and me) that life changes and people enter and exit from our lives, but in every season, there’s grace to be found.

To get there, we may have to feel the brunt of a burden. We might have to walk across fiery coals or swim a bottomless ocean, but those obstacles are only redirecting our course.

If we grab on while there’s still time, we can still navigate it toward the good. This is true whether we’re talking about streaky brick or a broken heart. The right tools and timing can reverse all kinds of damage, I’ve learned – no matter how deeply buried those stains are.

If you’re facing a setback today, mama, know I’m walking right alongside you and something great awaits up ahead. Let this be a setup for your next big, incredible move –whatever that may be.

Hi, y'all! I'm Courtney. I'm a mama of two, married to my high-school sweetheart and making a life in the little town I grew up in. I'm a writer by trade, but a mama by heart. I love chocolate and I love family. Let's navigate this crazy, messy, blessed journey together!
Red Tricycle > Spoke Contributor Network > From Setback to Setup: Finding the Good and Rising Under Pressure