According to the U.S. National Institutes of Health, Sudden Infant Death Syndrome—more commonly known as SIDS—is the leading cause of death among babies between 1 month and 1 year of age. While safe sleep guidelines have reduced the risk of SIDS, it’s a public health concern that desperately needs more research. Preventing SIDS requires big steps when it comes to that research—and here’s how your child’s littlest steps can help in the cause.

October is SIDS Awareness Month and the Aaron Matthew SIDS Research Guild of Seattle Children’s Hospital and the American SIDS Institute have partnered together for a nationwide campaign to raise awareness and funding for critically-needed SIDS research. Now through Jan. 1, 2019, the First Steps for SIDS aims to raise awareness for SIDS research funding by highlighting an important milestone: baby’s first steps!

Not only is First Steps for SIDS a nationwide awareness-raising campaign, it’s also a contest that features some pretty amazing prizes for some lucky winners, too. 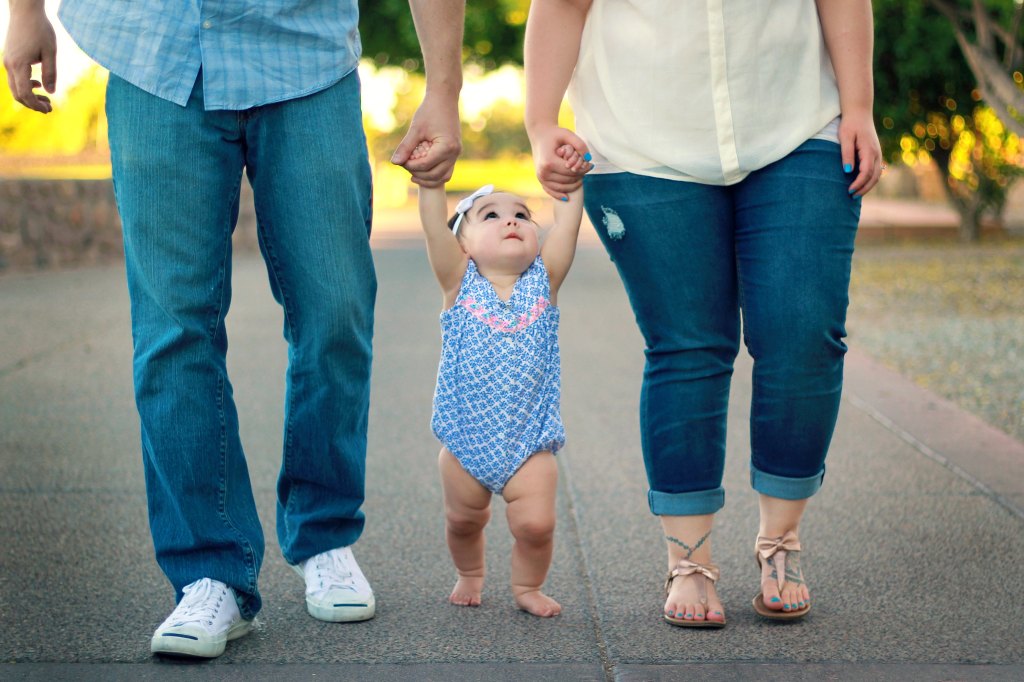 So, what can you do to help? It’s super easy to get in on the First Steps for SIDS contest: just upload, vote and share! Read on for all the deets.

If you want to help, simply upload a video of your child taking his or her first steps. If you didn’t catch that big moment on film, no worries—videos of early walking will also be accepted. The contest is simple: upload, vote and share. These videos of your kiddo’s first steps could make big strides in the fight against SIDS.

The videos with the most votes when voting closes on Jan. 1, 2019 are eligible for some pretty stellar prizes, including a Grand Prize trip for four to Disneyland in California! Other prizes include a Microsoft Surface computer, Xbox One gaming consoles and even REI bikes, each generously donated to help support this important campaign.

All you have to do is upload your child’s video to YouTube and then copy and paste your video link at the First Steps for SIDS website. From there, vote for your favorite videos at the First Steps for SIDS website, where your donations to SIDS research can unlock “blocks” of votes. The more you donate, the more votes you can unlock for your video. And of course, the more votes your video racks up, the greater your chance of taking home one of these sweet prizes! You can even share your video right from the site with friends and family to increase your chances of winning.

You can check out the First Steps for SIDS website for complete contest rules and eligibility.

Losing A Child To SIDS: My Brother’s Story

The Do’s and Don’ts of Baby Sleep Success