Heads up parents and parents-to-be: Fisher-Price is recalling two popular infant swings, the 4-in-1 Rock ‘n Glide Soothers and 2-in-1 Soothe ‘n Play Gliders. This is due to four deaths in the 4-in-1 product and approximately 175,000 of the two products combined are under recall in the U.S.

The U.S. Consumer Product Safety Commission (CPSC) announced the recall, affecting model numbers CHP56, CHP55 and CBT81 in the 4-in-1 and GDD28, GDD39, GDD41, GGW85, GNX43, GVG43, HBD26 and HBD27 in the 2-in-1. Both products have a powered glider seat and an infant rocker feature, which move head-to-toe or side-to-side. You can find the model number on the underside of the base. 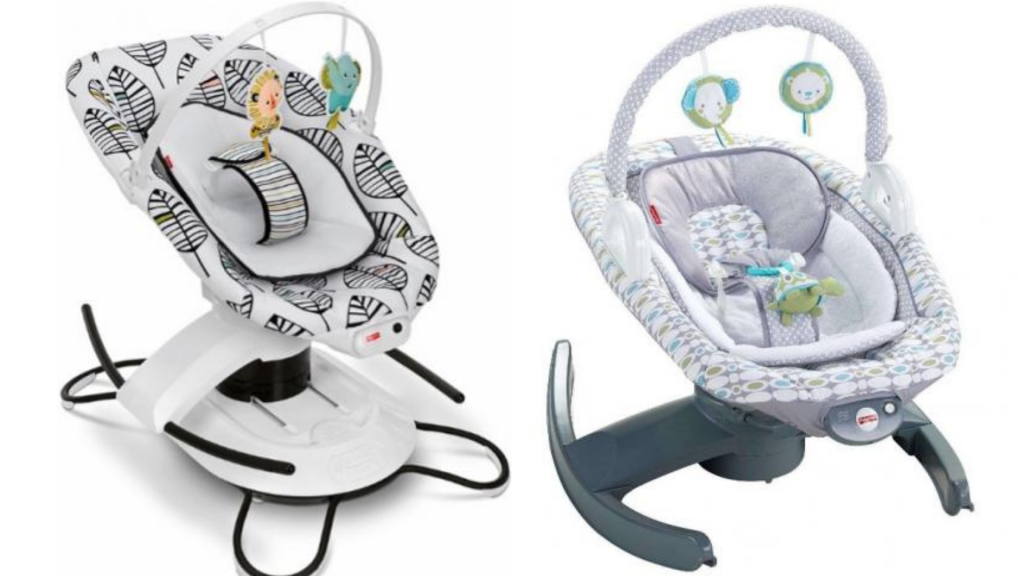 The tragic accidents occurred when the infants were reportedly placed on their backs unrestrained and were later found on their stomachs. All four occurred in the 4-in-1 product, with no fatalities reported in the 2-in-1 at this time.

If you have one of these gliders, immediately stop using it and contact Fisher Price for a refund. The CPSC emphasizes that babies should be placed to sleep on their backs on a firm, flat surface in a crib, bassinet or play yard.