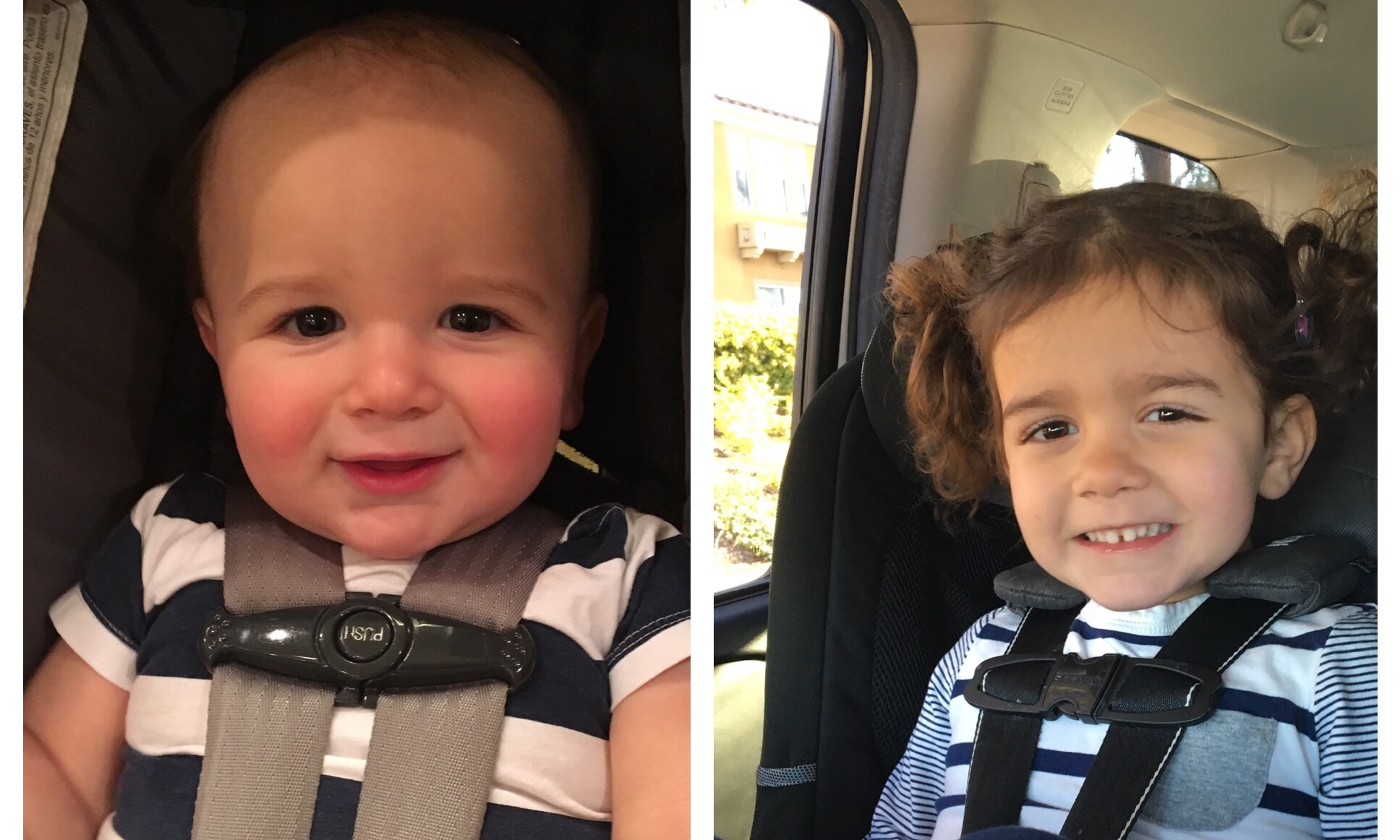 My husband and I both work full time in demanding jobs. To add insult to injury, my husband travels for work. A lot. When he’s home, he takes the kids to school and I pick them up. Their regular routine has them leaving the house 30 minutes later than I do. So when my husband travels and I have to get them out of the house earlier, chaos naturally ensues. To have even a chance of getting to work at a reasonable hour, I’ve implemented a series of tricks:

1. Pick out clothes the day before. This goes for everybody. My baby isn’t picky, but it’s nice to lay out clothes for him anyway. It’s good to choose my own so I’m not holding a screaming baby with a toddler attached to my leg trying to choose an outfit that doesn’t scream “hot mess” in the morning. This is most important for my three year old daughter, who can be especially difficult in the morning. We’ve made a game of looking at the weather together and picking out everything from underwear to colored hair bands so there are no power struggles in the morning.

2. Meal Prep. I HATE cooking. I mean, I truly loathe it. If I could order take out all day every day, I would. I found myself spending an ungodly amount of money on food out during the week, but what ultimately got me to meal plan was a toddler that stopped eating lunch at school because she was so picky. Now, I plan food for both lunch and dinner, shop late Saturday night (in an empty grocery store sans kids with my favorite playlist or podcast going), and put together one Crockpot and one oven meal on Sunday. The kids’ school lunches are pre-packed (cut up fruit, crackers, yogurt) so all I’m doing on weeknights is re-heating our dinner, making sandwiches, and defrosting breast milk, which takes enough time as is. You’ve heard it a million times before, but for my family, meal planning really has meant healthier food, on-time dinners, and considerably less money spent. Bonus points for being able to eat lunch at my desk for those days when I don’t have a prayer of getting into the office before 9:00 am.

3. Tandem Tooth Brushing. If you haven’t already picked up on it, my daughter is a tad hard-headed. Trying to get ready and herd small children with any hope of showing up to work on time is a feat on its own, so we’ve made a game of getting ready together, including brushing our teeth, seeing who can get dressed the fastest, and “putting makeup on” together (she with her pretend set or a clean brush). To my daughter, it feels like a fun thing to do together, rather than a trick to get her to put her pants on instead of asking her 20 times and listening to her complain that the pants she wore three days in a row are suddenly not comfortable anymore. And in reality, it really is a fun way to spend the otherwise mundane morning tasks.

4. Get Up Early. I am NOT a morning person, and that hasn’t changed despite 3.5 years of children waking me up before dawn. I used to hit snooze until the absolute last second possible (and often still do) but I’ve found that 30 minutes of less sleep for me doesn’t actually make a difference in terms of my level of exhaustion, and being completely–or mostly–ready before the kids get up can be a sanity saver. It has also helped me minimize the amount of time I’ve left the house with mascara on only one eye or mismatched shoes (yes, that really happened). Be warned, though. If you’ve established a routine of getting ready with your kid, (see number three above,) you may brush your teeth twice or re-straighten your hair to avoid a meltdown.

5. When all else fails, bribe. I’m not above bribery. After a long week of my husband being out of town, I’ve been known to entice my daughter into the car in less than 15 minutes with the promise of a donut or some iPad time on the way to school. My husband and I refer to this as our “nuclear option,” and like it sounds, we try to use it as sparingly as possible. Careful with those sharp toddlers, though! My daughter is an expert manipulator and by day four or five of my husband traveling, she knows just a little push back on the morning routine will buy her an entire episode of Paw Patrol on the way to school.

What are some of your best tips for efficiency in the morning with little ones?

ABOUT THE WRITER Keren de Zwart
Not Your Father's Lawyer

Keren is a business owner x2 (flat-fee lawyer and digital marketing operations) in active pursuit of the elusive work-life balance. With a couple of demanding jobs, a husband who travels for work and two little kids, she maintains her sanity by reading and engaging in inappropriate banter with friends, family and strangers.
Red Tricycle > Spoke Contributor Network > 5 Ways to Get out of the House in the Morning with Kids