Get ready for a trip back to Bedrock! FOX Entertainment and Warner Bros. Animation recently announced the future debut of a new animated comedy for adults based on the iconic Flintstones characters.

The new primetime series, aptly titled Bedrock, is currently in development. Elizabeth Banks will produce the series pilot and voice the role of a 20-something Pebbles. Lindsay Kerns (Jurassic World: Camp Cretaceous, DC Super Hero Girls, Trolls: The Beat Goes On!) will write the pilot script. 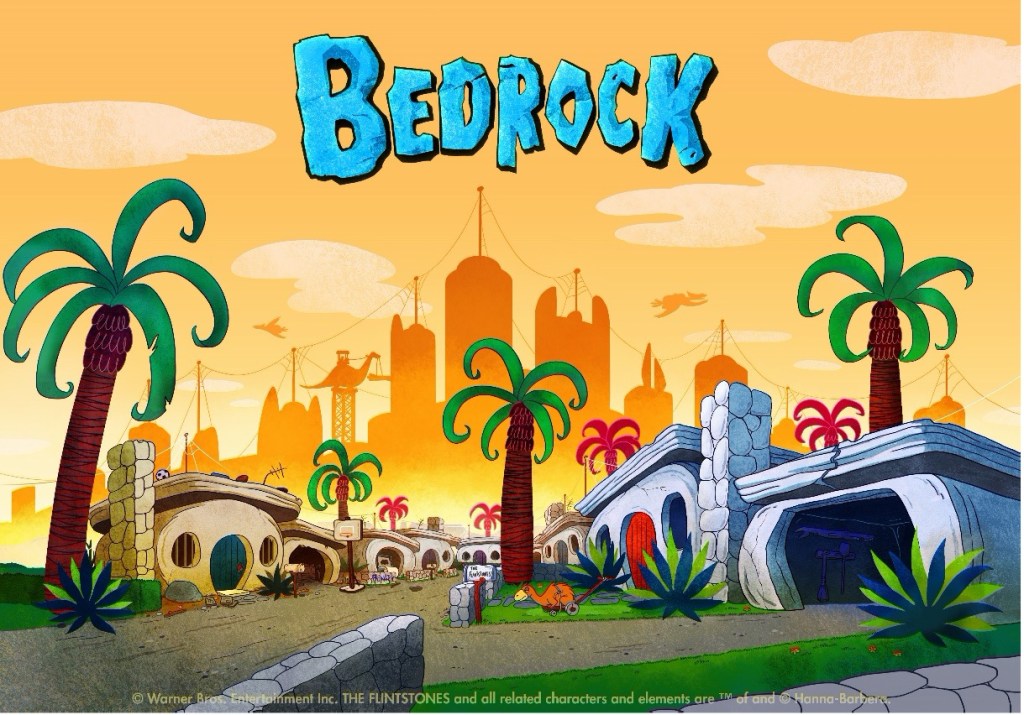 Bedrock starts two decades after the classic family show left off. In the new series, Fred is heading towards retirement, young adult Pebbles is starting a career of her own, and the Stone Age is not-so-subtly shifting into the Bronze Age.

Michael Thorn, President, Entertainment, FOX Entertainment, said in a press release, “Long before the Simpsons and Springfield, the Griffins and Quahog or even when the Belchers started serving burgers on Ocean Avenue, there were the Flintstones and Bedrock.” Thorn continued, ““Their imprint on the animation universe is undeniable and the idea of adapting it for today’s audience is a challenge we here at FOX are very much looking forward to taking on with Warner Bros., Elizabeth and Lindsay. No pressure whatsoever, really.”

Peter Girardi, Executive Vice President, Alternative Programming at Warner Bros. Animation, said, “The Flintstones are the first family of primetime animation.” Girardi added, “Elizabeth and Lindsay have a brilliant take on these characters, and FOX and Brownstone are the perfect partners to bring them back to primetime. This is going to rock (sorry).”

Here’s Your First Peek at the New “West Side Story”

Ryan Is Going Virtual in New Season of “Mystery Playdate”