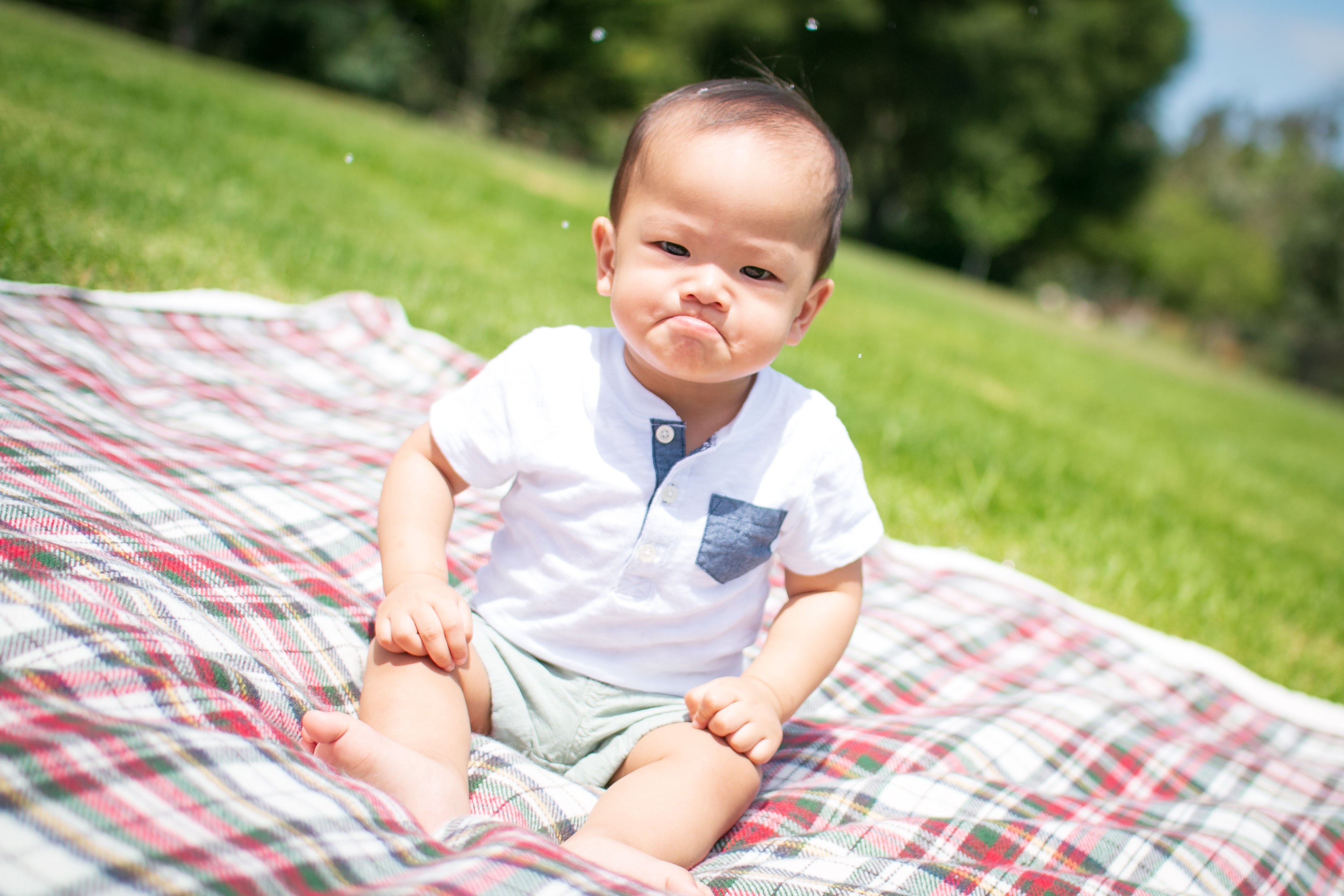 Among the other secret hidden joys of parenting like explosive poops and… well, pretty much all the poops, no one warned me of the advice hurricane coming inbound as soon as my egg has been fertilized. No joke, in the few months between announcing my pregnancy and the baby’s arrival, I heard alllllll the cliché advice, phrases, and jokes a thousand times over.

I imagine it’s the same feeling someone has towards a joke about their name (“Oh man, haven’t heard THAT ONE before Jim!”), or the marriage advice you started hearing when you got engaged (“Wait, so just to be clear, should I go to bed angry or NOT go to bed angry?”) And trust me, it doesn’t end with the pregnancy because, at every stage of development or ailment of the day for your little bug, there is a lady at the grocery store coaching you on what to do.

Over the years, I got pretty tired of smiling politely and nodding while grinding your teeth down to a powder, so I began to amass a list of fun conversation killer responses—which means you don’t have to listen to another second of that unsolicited advice.

And to be fair, yes, sometimes the advice that you get is actually just small talk because that person actually doesn’t care about your baby (spoiler alert: no one really does, not really, but that’s another post). With that said, these phrases are a nice way to put both of you out of your misery so you could just get back to gossiping about a mutual acquaintance instead, guilt-free.

Respond: “Oh, is that what you did with your kids?”

This is especially effective for your coworker Stacy who you know doesn’t have kids but has the expertise and confidence of an incompetent regional manager. The conversation might then play out like this:

Don’t let the silent moment scare you, just let that last bit trail off. The beauty of this is, Stacy likely won’t get the joke even after all of this, but your coworker who happened to be getting coffee at the same time will be trying super hard not to start laughing, at which point you can catch her glance and talk about Stacy over lunch later. It’s a phrase that keeps on giving.

Respond: “That’s so interesting, I JUST read a study that found the exact opposite! I guess we just gonna see what sticks, huh?”

Confidence is key with this one, and just say it as matter-of-factly as you can, no judgment on the statistic or best practice or whatever that the other person cited. The thing is, most likely there has been a study done, and even if there hasn’t been they’re not gonna know, they’re just filling the moment with jibberish anyway. This is especially nice for the aunties at a family gathering because you don’t want to be mean to them, they’re just being nice and mean well, but you also want them to know there is more than one right way to do things. No matter what they believe.

Respond: “Do you think so? Only if they could talk!”

I want you to do me a favor and start a note on your phone where you tally the number of times someone tells you they think your baby is cold. It’s of course pretty rampant in the winter, but I kid you not someone asked me if I thought the baby was cold in July when he was red and sweaty because he wasn’t wearing socks (which he pulled off, mind you, because surprise, he was hot). These statements are especially annoying since they’re usually a pretty captain obvious kind of observation. So hold yourself back from screaming “Wow do you really think that I, the parent, the only person besides my partner in this whole entire world who actually cares about my child, haven’t thought of that? Thank you so much for bringing that to my attention!” and just ham it up. But don’t worry, I see you, and I thought the same thing too. It’ll be our secret.

This phrase especially comes in handy if you’re holding the baby because you can use the baby as a prop and ask her the question as a show to lighten the mood. If you’re lucky she’ll do something funny like foam at the mouth or something which gets the people going every time, and the conversation has been diverted.

Respond: “You know, we’re just lucky to have him here and healthy so we really can’t ask for or have thought about anything more than that.”

This usually shuts them up pretty quick too because like, it’s true, and what is anyone supposed to say to that without being a royal jerk. This response is effective for all the seemingly innocent but pretty judgmental generalizations and assumptions people make about things like gender preference or timing of arrival, or just to get you out of discussing topics you just don’t want to like names you may have picked out or whether you’ll breastfeed. Some people don’t mind sharing these details and that’s totally okay too, but having a way to get you out of things you don’t feel comfortable talking about is a fantastic tool to have in your belt.

Practice these in your most innocent delivery, and enjoy the silence that ensues.

Lisa Aihara is a writer and artist based in Los Angeles. When she's not busy keeping her toddler alive, she's growing another human and has no time for any BS. For an honest, practical take on motherhood, relationships, and just life's struggles through comics and stories, follow her on Instagram and her Blog.
MORE FROM Lisa:
Parenting books that aren't shitty, Must-have baby gear by length of use, Parenting on Instagram with these accounts
Red Tricycle > Parenting Advice > Adulting 101 > Fool-Proof Phrases to Deflect Unwanted Baby Advice