Ford Motor Company recently released two separate safety recalls—both of which could cause your car to roll away on its own. In a press release earlier this week, Ford announced that the current recall includes 2,500 2019 Ranger trucks and 259,182 2013 to 2016 Fusion vehicles in the United States. 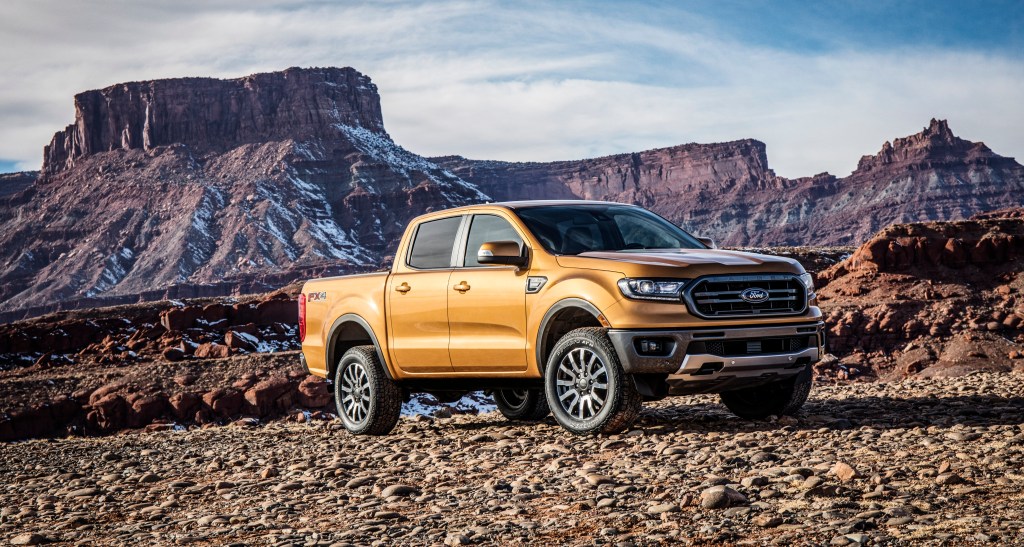 If you’re not automotively inclined, the basics are: the improper torque could result in your truck shifting out of park and rolling away. There are no current accidents or injuries reported due to this recall.

Ranger owners with the affected vehicles should call their dealer ASAP, because the dealer will torque the fasteners which will fix the problem. Ford cautions Ranger owners to use the parking brake when the vehicle is parked until they are able to bring the car to the dealer for the repair.

Along with Rangers, Ford’s recall also includes 2013 to 2016 Fusion vehicles. According to a press release, “Ford is issuing a safety recall for select 2013-16 Fusion vehicles with 2.5-liter engines for a shifter cable bushing issue. On affected vehicles, the bushing that attaches the shifter cable may degrade and detach from the transmission.”

While this safety recall differs from the Ranger recall, the end result is the same—the possibility of the car rolling away. Ford’s recall press statement also notes, “The root cause and final service repair are in the process of being confirmed. Dealers and vehicle owners will be instructed to always use the parking brake, and they will be notified when the final remedy is available. The Ford reference number for this recall is 19S16.”