Four Brilliant Kids Who Are Sure to Inspire You

Before we throw up our hand and declare all “kids these days” to be screen-addicted zombies who won’t ever move out of our houses, take a second to check out these extraordinary youths who are likely smarter than most of us adults. From a pair of super spellers from the Midwest to a toddler who has her own Mensa card to a teen who invents solar-powered computers in his spare time, these awesome kids are doing some amazing things! 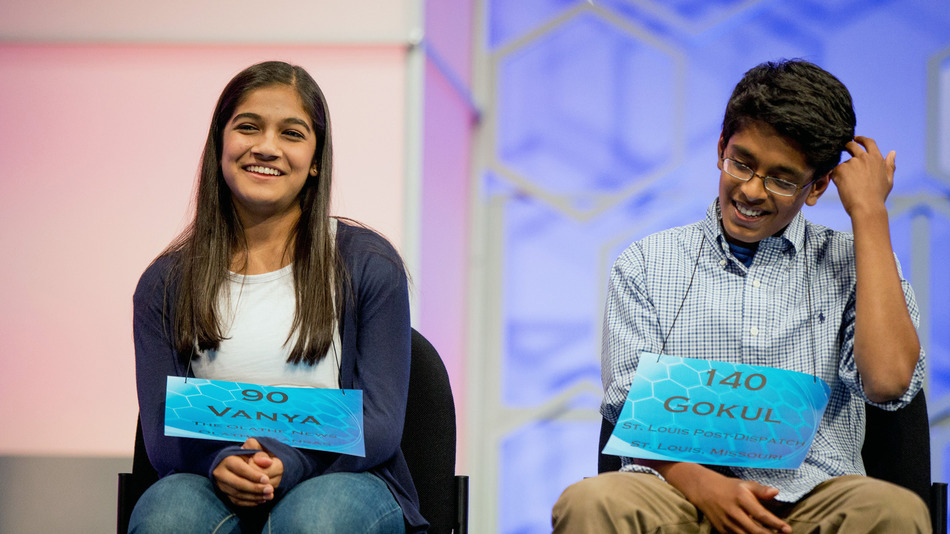 A Pair of Spelling Bee C-H-A-M-P-I-O-N-S
These two battled it out at this year’s Scripp’s Spelling Bee, and proved they was as adept as sharing as they were at spelling. After dozens of rounds where even the most complex words couldn’t trip them up, the judges eventually ran out of multisyllabic challenges and declared them both winners. Vanya Shivashankar is a 13-year-old eighth grader from Olathe, Kansas. According to her bio, she plays tuba and piano and eats pizza like a true champion. Her co-winner was Gokul Venkatachalam, a 14-year-old from Chesterfield, Missouri. When he’s not spelling, he’s playing basketball or listening to favorite rap artists, Nas. Who says rap is a bad influence?

A Tenacious Toddler
This 3-year old from Phoenix is one of the youngest members of Mensa. She shocked doctors when she scored over 160 on her first IQ test. Her parents weren’t as surprised—they say she started reciting her 25-page storybooks from memory at 18 months, and was reading by age 2. She even taught herself fluent Spanish by using an app on her parent’s iPad. 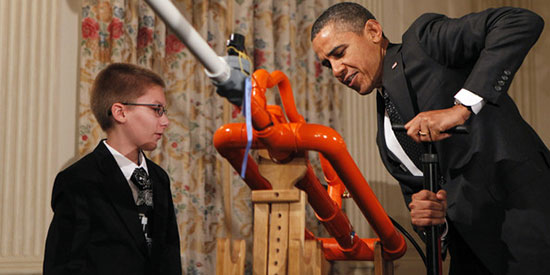 An Amazing Maker
16-year-old Joey Hudy has launched marshmallows with President Obama (in a cannon on his own creation), landed a coveted internship at Intel and invented his own award-winning solar powered computer. When he’s not hanging at the White House (he was invited back in 2014 for the State of the Union Address) or speeding his way through school—Hudy is currently completing his high school math and science track at Herberger Young Scholars Academy at Arizona State University—he is making the rounds at Maker Faires around the country, where he has built celebrated creations including two LED Arduino Shields—printed circuit expansion boards—which he hopes can be used to help introduce other kids to the concept of engineering for fun.

Do you know any other inspiring stories of extraordinary kids? Tell us about them in the comments below!