What do you get when you cross a two-century-old sci-fi book with modern technology? The Frankenstein 200 online science game for kids! Way back in 1818 Mary Shelley’s iconic “Frankenstein” delighted readers, treating them to a fantastical world where science intersected with humanity. Well, now researchers at Arizona State University want your kiddo to explore the world of science through this time-tested tale. 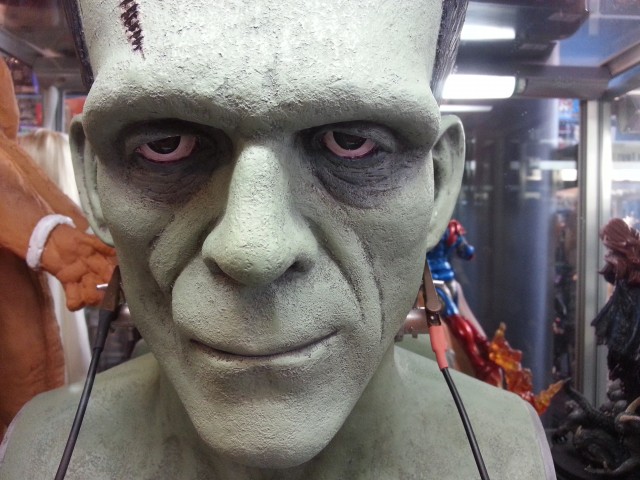 So what is Frankenstein200? It’s a multimedia project funded by the National Science Foundation. While it doesn’t have the fright of Shelley’s scary story, it does use the concept of ‘Frankenstein’ to help teach children about scientific concepts, robotics and bioengineering.

Instead of Victor (Frankenstein), the game follows Tori Frankenstein. Um, who’s Tori? No, she’s not a lesser-known player in the original tale. Instead, she’s a new character who also happens to be Victor’s descendant.

Through the gaming world, kids can enter Frankenstein’s Laboratory for Innovation and Fantastical Exploration (LIFE) and help researchers to solve a science-y mystery.

The game gives players the chance to make discoveries as they dive into the hidden realms of science, watch videos, get emails from the cast of characters, take quizzes and (of course) play games. Oh, and this game doesn’t just live in the virtual world. Frankenstein200 has at-home in-real-life activities for kids to do too.

This isn’t a one time and you’re done kind of game. It takes players 30 days to complete. Yes, 30 days. The free game digs deep into subjects such as scientific ethics and artificial intelligence—meaning it’s not for the ‘little kid’ set. The recommended age range for this online experience is 10 to 14-years.

What’s your child’s favorite science activity? Share their pick in the comments below. —Erica Loop