You’ve consumed a fry or two in your day, but we’re betting you’ve never had one as long or eaten them as fast as some of the world record holder’s. Read on to learn a few quirky facts about french fries, perfect for dipping in and out of. 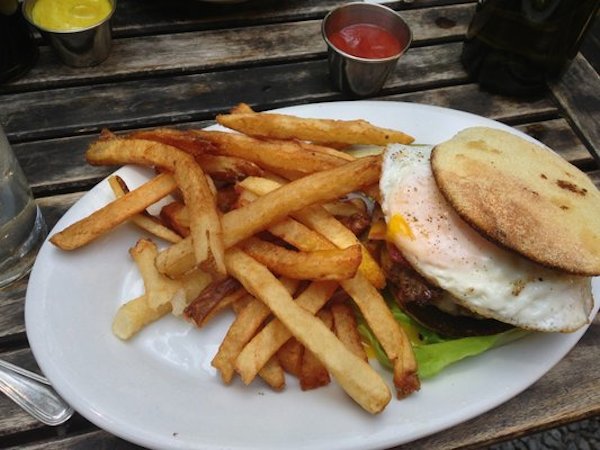 2. In many parts of the world, French fries are known as American fries.

3. The world’s longest French fry is 34 inches, discovered at Taffy’s Hot Dog Stand in Buffalo, NY by diner John Benbenek in July of 2010.

4. Thomas Jefferson is said to have requested that the White House chef, a French man, prepare for him “potatoes served in the French manner” for a dinner party. These are believed to be some of the first French fries in the United States. The year? 1802.

5. The Belgians eat more fries per capita than any other European country.

6. Hugh Rutherford of Oakland, Ca set a record on Aug. 25, 2011 for eating a medium sized order of fries (from Burger King) in a record breaking one minute and 46.40 seconds. And in 2013 in Hamburg, Germany, a woman known only as Caroline E. ate 20 french fries in 2 minutes, 21.70 seconds without using her hands.

7. We call potatoes spuds after the spade-like tool once used to harvest them by hand.

Do you have any potato or french fry related trivia? Share it with us in a comment below.

photo: The Farm on Adderley