From Icebergs to Foam Blocks: The National Building Museum with Kids 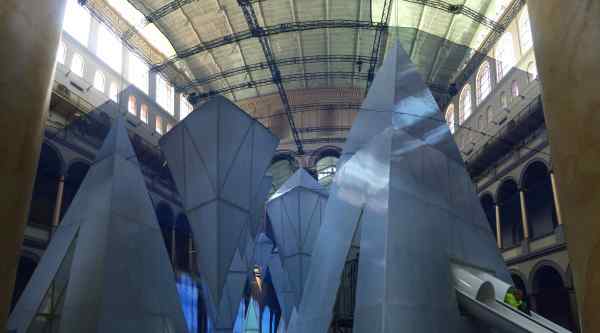 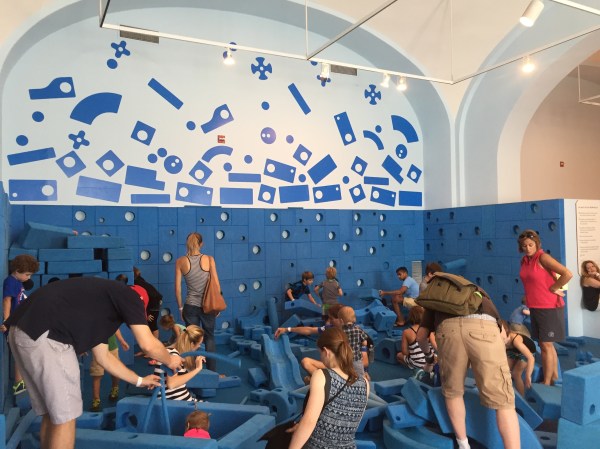 The big draw for us this summer was the Icebergs exhibit, one of the museum’s signature summer art events. While it wasn’t as over-the-top as last year’s The Beach – where they covered their massive atrium with one million white balls – it still had some serious grandeur.

Entering the exhibit, we walked through a field of towering sculptures. Made of plexiglass, wood and metal, the icebergs’ cloudy white visages loomed over us. My toddler son particularly enjoyed ducking into a kids’ section that had additional tiny, glowing icebergs inside of it. Further on, metal steps beckoned visitors up to a platform where you could look across vast a blue mesh sea. Just like in a real ocean, only the tips of the sculptures were visible. My son ran up the steps several times, appreciating the feeling of being tall.

To get back to the main floor, you could either walk down or take one of the slides constructed out of PVC piping. Of course, we took the slides! Just a warning though – I did fall on my butt once trying to get into it.

Under the “sea,” there were a few more attractions. Piles of huge white bean bags were scattered on the floor, just inviting kids to jump in them. Along with impromptu belly flops, many adults were dragging kids around, making a flurry of giggling activity.

The exhibit even had a food component – a stand offering Japanese shaved ice and other cool treats run by nearby Ramen house Daikaya. My shaved ice with vanilla ice cream, fresh raspberries, mochi, and raspberry syrup was tasty, a little odd, and very brain-freeze inducing.

Moving on, we checked out the other kid-friendly parts of the museum. First, we hit Play-Work-Build, a permanent exhibit focused on building and construction toys. Along with cases full of historical toys, it featured piles of huge squishy interlocking blocks (the same type as the ones in the Container Park in Las Vegas), tabletop versions of the same blocks, and Lincoln Logs. There was even a motion capture screen that translates your movement into falling Tetris-like shapes. The area with the big blocks was a little bonkers – plenty of kids were throwing blocks even though the rules said not to. Thankfully, the chances of anyone actually getting hurt from them were quite low.

To finish off the museum, we stopped by the Building Zone. Unlike other parts of the museum, this exhibit has a timed entry to prevent it from getting too crowded. You need to pick up tickets ahead of time for a 45 minute playtime.

Inside, a tiny house provided space for domestic play, a magnetic set-up with tubes for engineering experimentation, and a train table for arguing over who is “allowed” to play with which train. I admit that my son had a heated discussion with one boy where he loudly insisted “Share!” We eventually steered him to a different section, but nobody was a winner there. As much as I enjoyed the museum, there were a couple times I wished we had all come with a bit less of a sleep deficit.

While we skipped it because we were starving, there was another exhibit on the hidden lives of doll houses that looked quite cool.

Unlike my initial impression, the National Building Museum is actually a fun place for families, with engaging, interactive exhibits. Although the Iceburgs exhibit ends in September, they have a new “big art” exhibit every summer. If you live in the D.C. area or have some extra time on vacation, it’s definitely worth checking out. 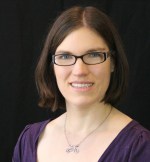 ABOUT THE WRITER Shannon Shea
We'll Eat You Up, We Love You So

Shannon Brescher Shea is a work-outside-the-house mom married to a stay-at-home-dad in the Washington D.C. suburbs. The mom of a three-year-year old and infant, she writes about parenting, growing up, and exploring this big, beautiful world.
MORE FROM Shannon:
Exploring Wonder at the Renwick Gallery, A Nature Playground in the Suburbs: Constitution Gardens Park in Gaithersburg, Old-School Childhood: Cabin John Regional Park
Red Tricycle > Spoke Contributor Network > From Icebergs to Foam Blocks: The National Building Museum with Kids