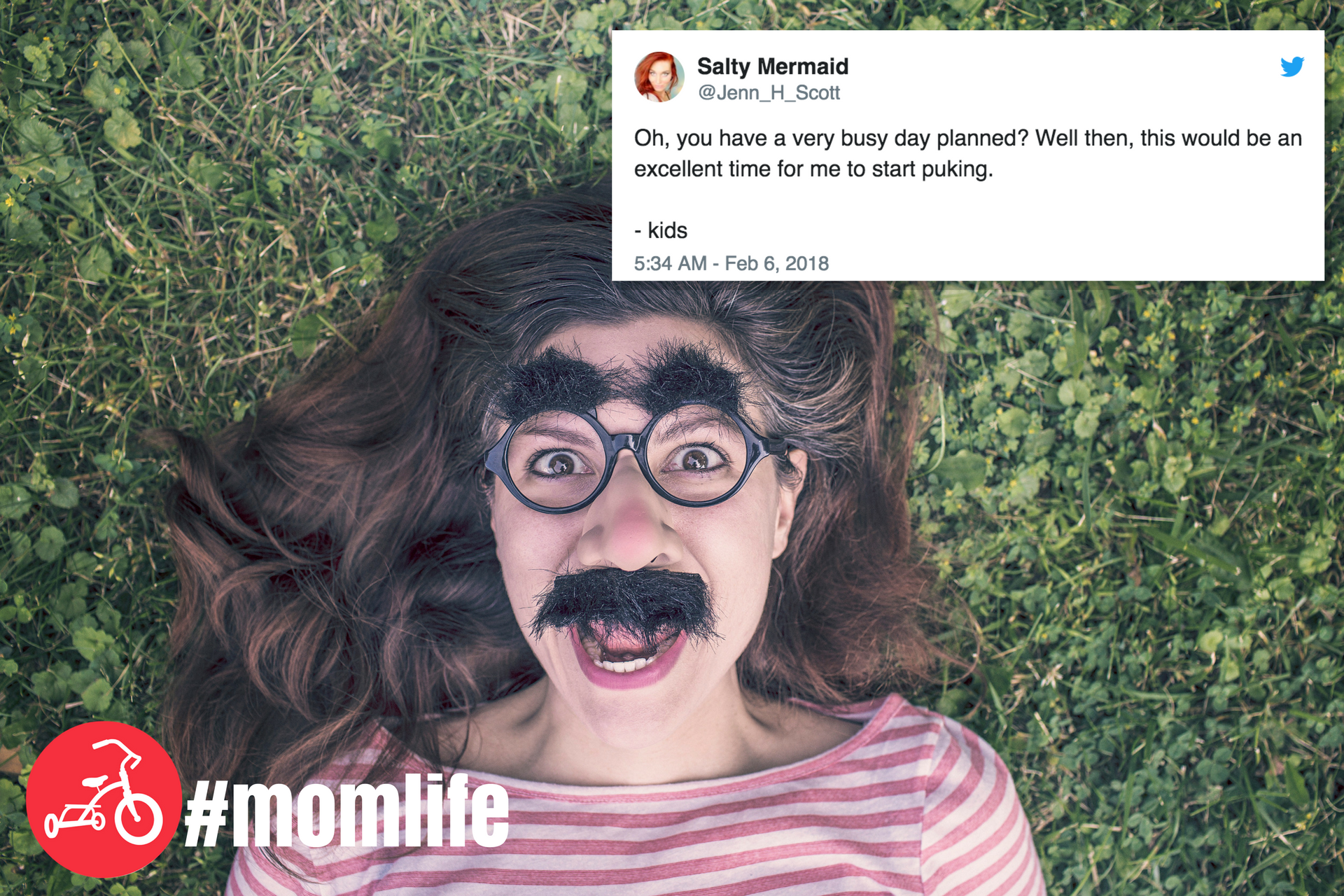 We are knee deep in cold and flu season and Twitter is telling us all about it this year. (We can’t help it––that’s just part of parenting.) Keep reading for some hilarious parenting tweets from this last week that cover poop, barf and every glorious parenting moment in between.

1. About the only thing the flu is good for.

A cool thing about having kids is that you can get out of doing stuff you don't wanna do by telling people your kid is sick.

Being a mom is fun if you like arguing about why fettuccine and linguine are different with someone who doesn't have pubes.

Oh, you have a very busy day planned? Well then, this would be an excellent time for me to start puking.

“How well does it get puke out of bedsheets?”
My wife and mother of my 3 children chatting with an appliance salesman.

Using FaceTime to entertain 3 yr old is great…until she brings the live camera with my inlaws watching into my shower.

I said I wanted my daughters to feel like they can do anything.

Then the big one wrote “poo” on the small one. In Sharpie.

Take a teaspoon of grape jelly, a splash of milk, a little honey, and potato chip grease. Mix together and you've got my remote control. #MomLife

8. And can you make sure the coffee has been reheated and left to cool several times?

Waiter: What can I get for you, ma’am,

Me: I’ll have the Mom special.

Waiter: Great choice, room temperature coffee and the remanants of what’s on everyone else’s plate.

My kids have more toothpaste on their bathroom counter than I’ve used on my teeth in two years.

10. Totally not the reason.

My son says I only had kids so I could make them do chores. Like yes, I made a bunch of messy, whiny poop machines so they could cry while doing a crap job of cleaning that I just have to redo later.

What hilarity have you found on Twitter  this week? Sound off in the comments.