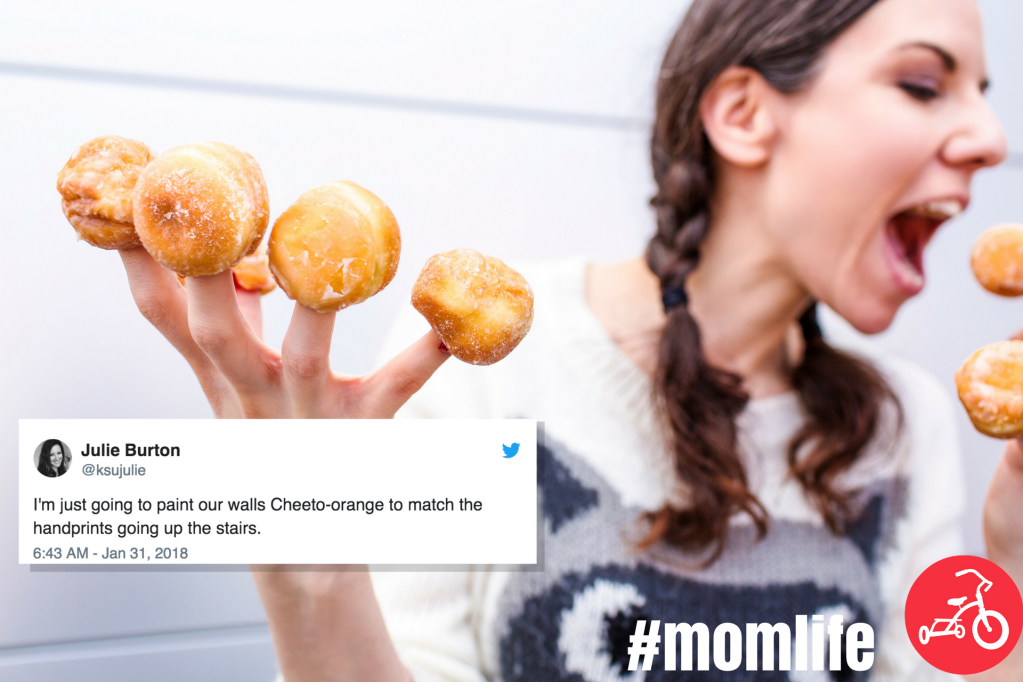 A new week, a new series of hilarious tweets to keep us laughing through the weekend. From battling the flu to the messes kids make, Twitter was rife with some pretty awesome tweets on parenting the last seven days.

If you hate having free time, then parenthood is probably right for you.

My kid keeps pitching me that he has “an idea,” but the idea just seems to be I give him chocolate.

3. And I will do it all over again tomorrow.

Trying to leave the house with your children is just like herding cats – angry, unsatisfied, destructive, caffeinated, little cats that look just like you.

4. So, so many tough questions.

Sometimes parenting means asking the tough questions, like, "Who put gum in the toaster?"

Taking a child to the doctor's office for a well-child visit today. It's inevitable that one of my children with lay his body on the floor and act as a flu absorbing sponge.

6. Because orange is the new…

I'm just going to paint our walls Cheeto-orange to match the handprints going up the stairs.

Me: Now remember… this is a secret. You can’t say anything to anyone.

Kid: *Immediately tells every single person she’s ever met. Screams it from the rooftops. Turns it into an interpretive dance.*

"Hey, don't play your tablet and watch TV at the same time!" I yell to my kids from the other room as I tweet this while watching TV.

My son told me that he wishes he could erase the memory of seeing my naked ass. You and me both, child.

Things that are terrifying:

A snake on my hike
Clowns
My 3yo saying: 'member your dark red lipstick that I like to draw with?

Who are your favorite funny parents of Twitter? Sound off in the comments.