Funniest Parenting Tweets of the Week 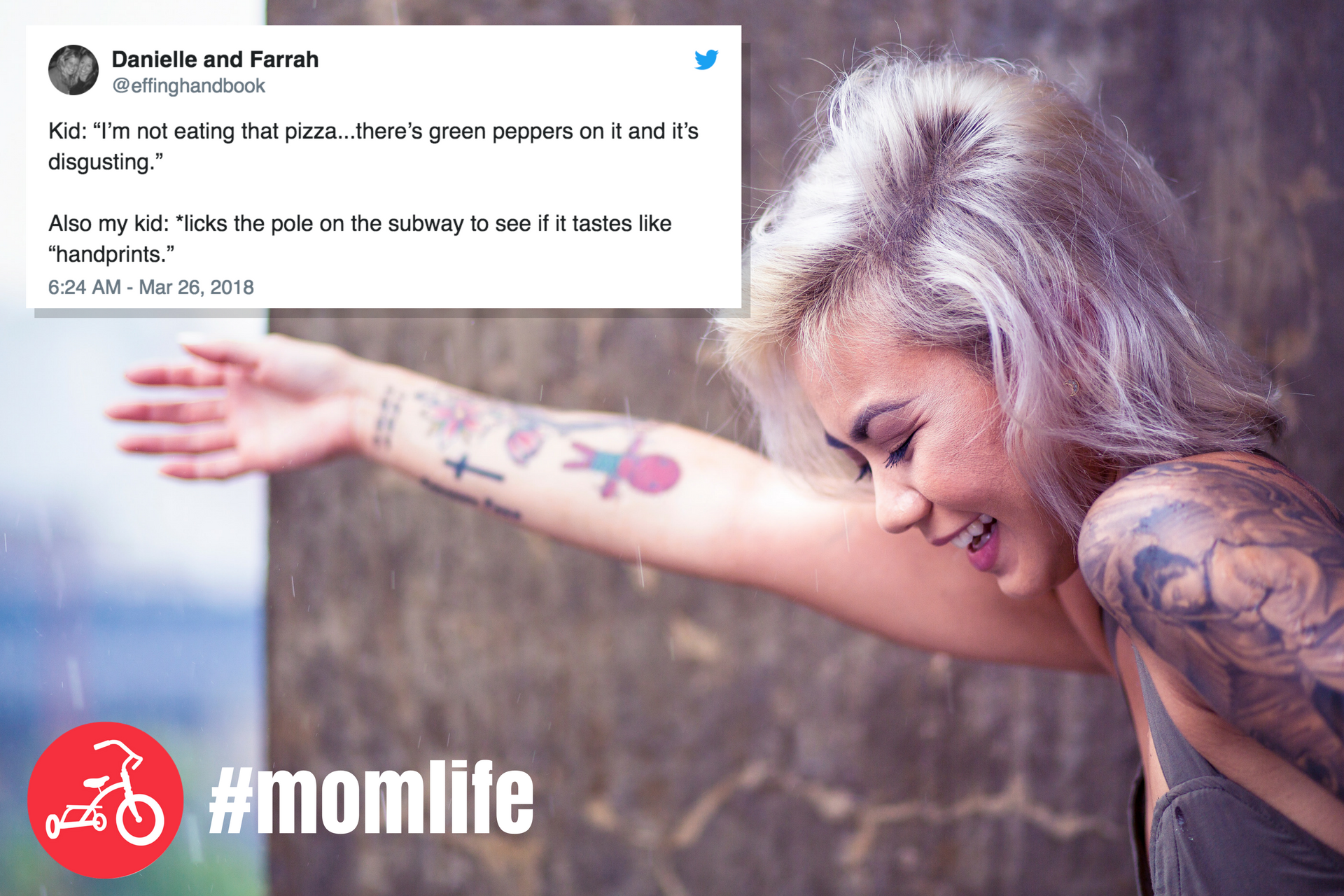 Wow, it was a busy week, and honestly, a tough one to weed through to find some funny #momlife tweets. Let’s just say there’s no small amount of political drama going on around us, shall we? But take a break from the craziness and read some of these hilarious tweets because we guarantee they’ll give you a laugh.

Listening to 8 play his recorder makes me wonder who the hell named it a recorder because literally no one would want to record this crap.

I don’t know what’s worse – my kid asking me to pick chunks out of his salsa because it’s “too bumpy” or the fact that I actually did it.

Kid: “I’m not eating that pizza…there’s green peppers on it and it’s disgusting.”

Also my kid: *licks the pole on the subway to see if it tastes like “handprints.”

“We don’t wear what we slept in out in public.”
-Me, lying to my child

5-year-old: Can we have pizza?

Me: We just had pizza yesterday.

5: The pizza doesn't know that.

Me: Did you have fun at the Easter egg hunt?
7: No. The eggs were scattered everywhere.
Me: You know that's the point, right?

After my kids fall asleep I peek into their room and think, "How can those precious little people act like such jerks?!"

Locked my 5yo out of the bathroom so I could shower in peace and she stood outside and wrote a song called “Oh Please Let Me In.”

File under: Supporting the arts

The loudest sound on Earth is my child asking an inappropriate question about another customer at the grocery store.

Photo by Ryan McGuire via Gratisography; composite by Karly Wood for Red Tricycle