Your Fave Breakfast Monsters Are Combining for Cereal

It’s the first time you can find all of these cereals combined and it’s in honor of the 50th anniversary of Count Chocula and Franken Berry, the first two monster products. At the time, the two cereals were the only chocolate and strawberry flavored cereals on the market. The pieces transformed to ghosts in 1985 and the marshmallows have evolved over the years, but the delicious taste has never changed. 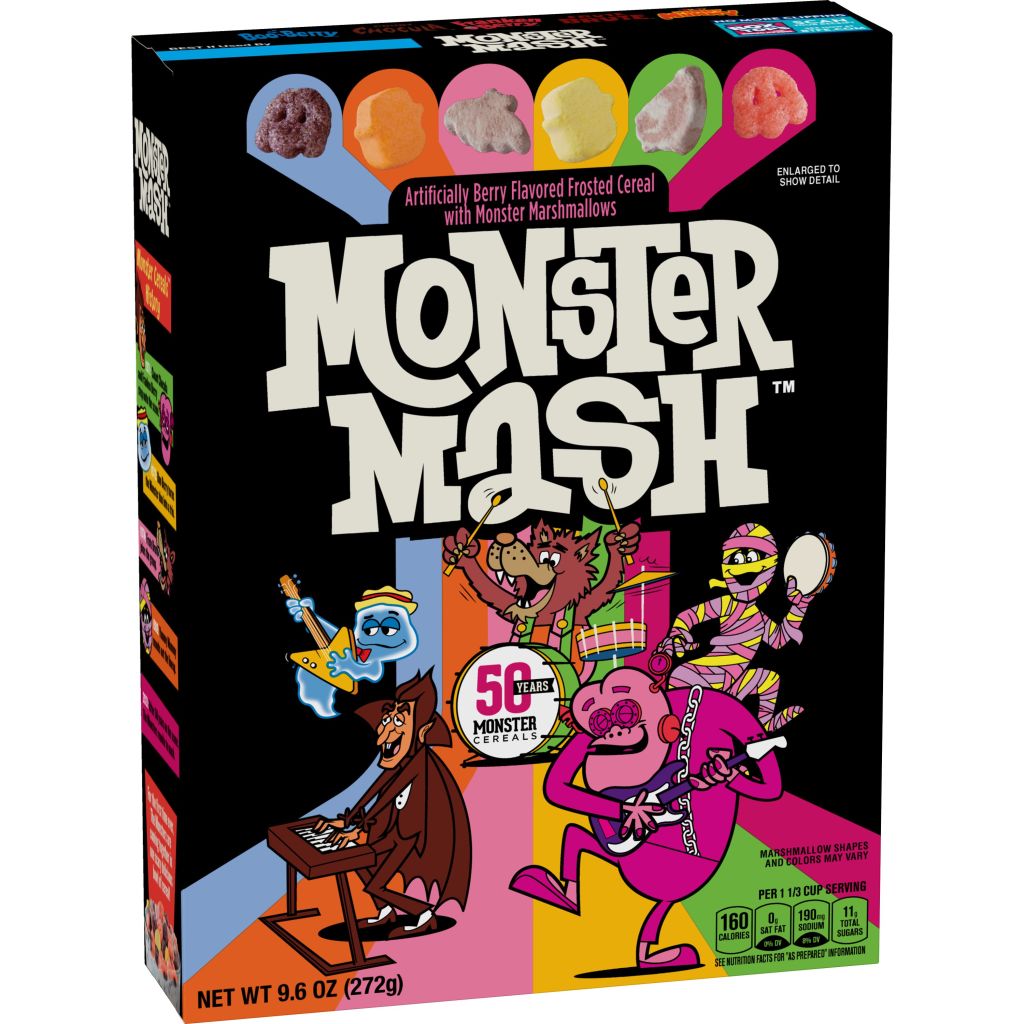 To celebrate the cereal release, the five monsters also remade the classic “Monster Mash” song for your listening pleasure. You can also watch Mocumentary, the Monster Mash Documentary, which includes a surprise appearance from Travis Barker. Both are available online now!

Keep an eye out at major retailers to scoop a box (or six) of this special new product. The artwork alone makes it a must-have for cereal collectors!