Get Out the Way 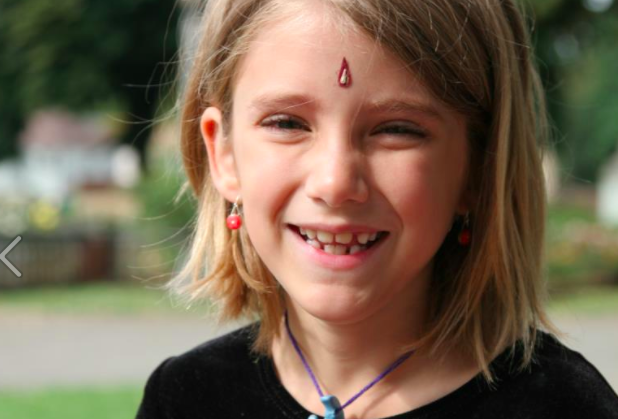 I am not a supreme goddess of mothering. That would be putting it mildly. I make lots of mistakes. Some worse that I ever thought I could. But I have heeded a saying that my mother passed on. “They come through you but not from you.” They are words by Kahill Gibran.

I would remember and reconsider these words when it would be a question if she should stay the course for a life that would in my eyes be the best one.

I am glad they did.

I had a easy time giving her space when she was young. When she got older it was more of a challenge. Her will was strong and as a single mother with an absent father and no local family, I was tired. Can’t I just say do this and the end is in sight. Be ok so I can rest easy. Go to college. Make money. Be secure. Then I don’t have to worry.

Of course that is not how I was living. I was throwing myself off the cliffs. No full time job. Relinquishing safety for a life of passion. Was this thought out. Not really. But I have a soul and she was not having a office gig.

Sitting at a library one day on the computer  she was going to break out a poem to be submitted to a girls magazine. I foolishly intercepted. “It doesn’t take just five minutes to write a poem.”  Instead it took her three. It was published. As far as a defined creative process, I shut my mouth from there on in.

In third grade she would want to stay home from school because social scenes at school are exhausting. She had pink construction paper stapled with drawings and a story line. It would be  a graphic novel even though she didn’t know what that was. When we were out having coffee somewhere and the barista would ask what she was up to. Her deadpan response was “writing a book”.  No emotional garbage just the facts.

She had always been into acting. In middle school she didn’t get many parts. Plays were a big fundraiser so only the heavy hitters were adorned. Capitalism in 6th grade.

When picking a high school she wanted to follow her very revered drama teacher Mr.Beckett. I lived in the Lincoln school district and he was at Cleveland . My god how many times was I happy that our crappy apartment was at least in the Lincoln district. College college college.

She was clear Cleveland was the one. I said that was daft. Why we we ever do such a thing. I had already messed up the financial aid for Northwest Academy.

I weighed it out. Where would she thrive. She had been in on the decision making up to now.  I would be in alignment. But the stakes are large in High School.

We signed up late so his Drama 1 and 2  classes were filled. He let her in the upper level class. They would discuss Tennessee Williams and such.

In the spring a man came in to teach playwriting. She wrote one. It was okay. He then asked everyone to write  something in a genre they hadn’t explored before. She chose a absurdist play. It ended up being picked as a semifinalist for a playwrights festival happening in the summer at Portland Center Stage. Professional actors performed the kids plays and five out of eleven would be picked by a panel.

It was really beautiful. A light tragic love story. So her. Someone said they were moved.

I was extremely doubtful hers would be picked.  She was only a freshman. I was walking around humbling myself.

It was picked. She was the youngest playwright ever to be in the festival. I felt like she was living her life at fifteen.

When the festival started she was a bit nervous to write another. That was putting it lightly. She was going to write something that was to be shown next to a senior who’s third year at the festival it was and was going to NYU in the fall.

She came up with a story. They did readings every  morning and critiques. They advised her  the idea would work better as a comedy. She came home a bit exasperated. “Plays are supposed to be sad!”

“Well just think if HBO was wanting a comedy”

Three weeks of quite the fragile state.  I would  talk her down and read the play as many times as was needed. I would wake up and she would be at the computer scrupulously click, click, clicking.

She was proud of herself. But never any ego. She wrote another one this year with a nervous notion that hers may not get in.

We found out today it did.

Just get out of the way momas.

They are the sons and daughters of Life’s longing for itself.

They come through you but not from you,

And though they are with you yet they belong not to you.

You may give them your love but not your thoughts,

For they have their own thoughts.

You may house their bodies but not their souls,

For their souls dwell in the house of tomorrow,

which you cannot visit, not even in your dreams.

For life goes not backward nor tarries with yesterday.

You are the bows from which your children

as living arrows are sent forth.

The archer sees the mark upon the path of the infinite,

that His arrows may go swift and far.

Let your bending in the archer’s hand be for gladness;

For even as He loves the arrow that flies,

so He loves also the bow that is stable. 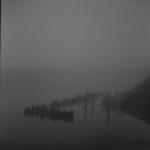 I want to bring family's to a place where a strong woman is at the realm.Life is full of rich story's and amazing characters. When women give birth they change into strength and conviction.I hope I can covey the strength clearly.  I only want to serve that.     .
MORE FROM Jennifer:
Blog, About Me, Contact
Red Tricycle > Spoke Contributor Network > Get Out the Way