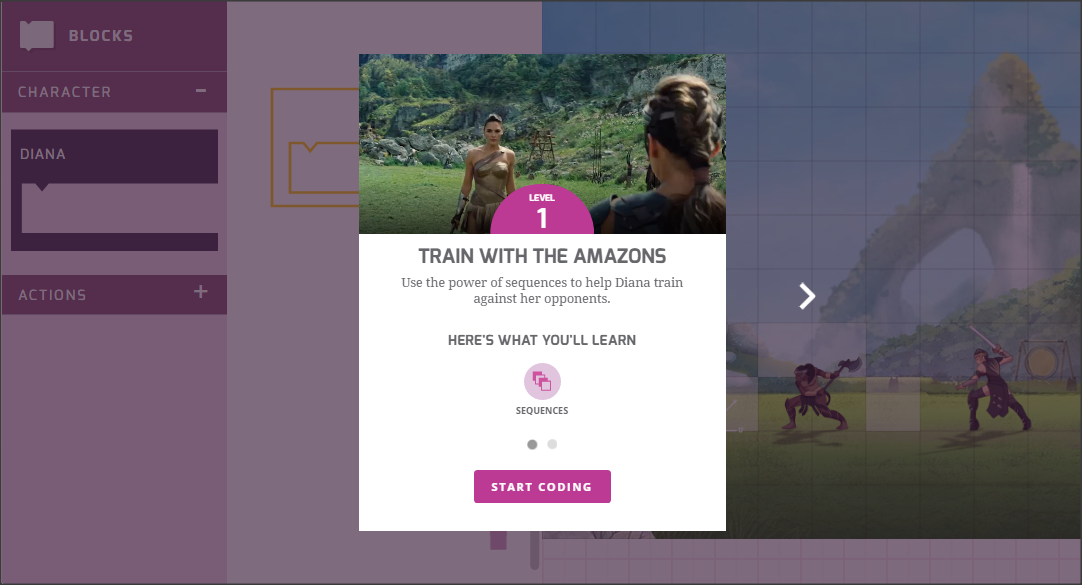 photo: Made with Code

Wonder Woman has been crushing it at the box office—and winning the hearts of children—but Google is making the movie even more of an inspiration.

With girls less likely than boys to be encouraged to pursue computer science and only 22 percent of gaming developers being women, Made with Code, a Google initiative encouraging girls to pursue coding, has released a new Wonder Woman-based coding project. Kids use drag and drop blocks of code to construct three scenes based on the film, helping the noble Themysciran overcome obstacles and reach goals. They learn how the parts of code fit together to create actions, and are rewarded with scenes from the movie.

Google also released an updated version of the DC Legends game with exclusive movie content, and treated 100 girls to see the film, play the game and try the project. Google stated they hope “Wonder Woman’s message of empowerment inspires teen girls, and women, to build confidence in pursuing careers in computer science, engineering, gaming—or whatever their dreams may be.”

Want to do Wonder Woman proud? Check out the coding site with your mini-heroes and try it yourselves!

Has Wonder Woman been an inspiration for you or your kids?  Tell us in the comments below!