Look for One-Eyed Willy’s Hidden Treasure in Monopoly: The Goonies 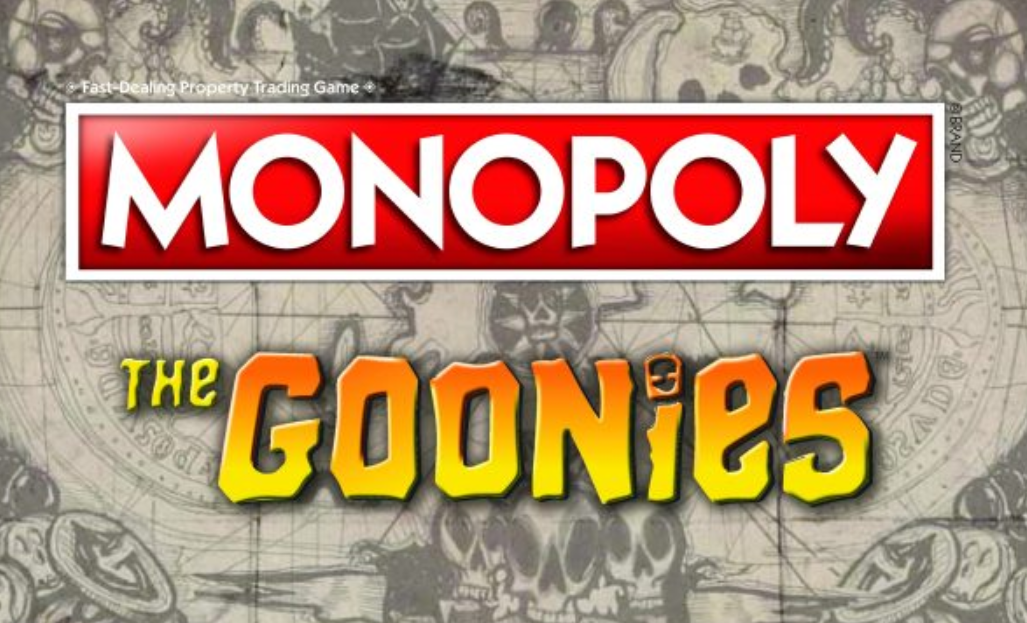 Fans of the movie will be able to buy, sell and trade iconic properties throughout Goon Docks and the small town of Astoria, Oregon. Players will vie for control of One-Eyed Willie’s Cabin, the Pirate Ship Cavern, Sloth’s Room, the Pit of Spikes and 18 other memorable locations as they try to own it all and bankrupt their opponents.

Players will be able to choose one of six collectible movers such as a Gold Doubloon, the Statue of David or Skull & Cross Bones to navigate the game board. MONOPOLY: The Goonies is now available throughout North America in specialty stores and online. The game will retail for $39.99.

This Swarovski Crystal Encrusted Monopoly Game Board Exists & You Can Preorder it Now!