So Gross It’s Fun: 5 Yucky Games for the Whole Family

Let’s be honest: Gross stuff is funny. Flatulence make kids laugh, and just saying the word “poop” is a surefire giggle-maker. So today why not embrace the yuck factor during playtime? From making toots to tasting barf (not the real thing!), here are a few games that’ll make your kids say, “Ewww” and then, “Again!”  Scroll down for our review. 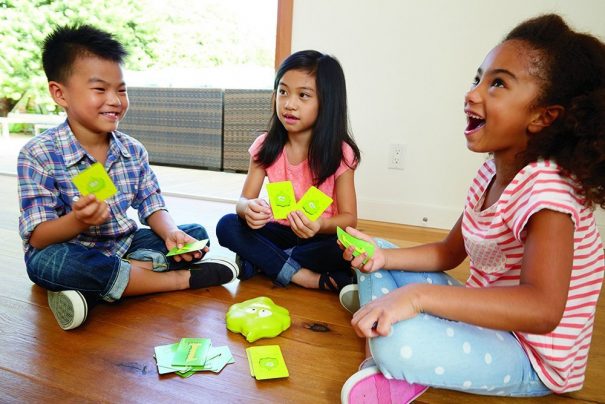 Gas-Out!
It’s Russian-roulette, fart-style! Players must put down a number card and push Guster the Fart Cloud the corresponding number of times. If Guster “gasses-out” a big one, that player is out of the game. Your kids will love the over-the-top toots this little cloud emits. 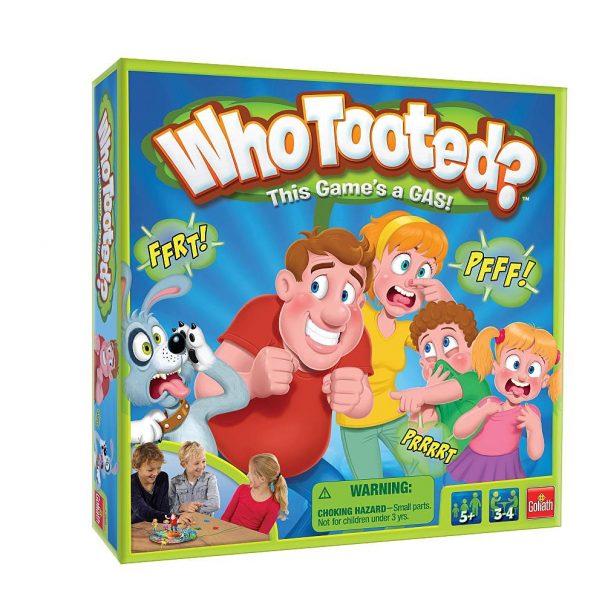 Who Tooted?
Because farting never loses its appeal to kids, here’s another game where the fun revolves around flatulence. In this case, every player gets a whoopie cushion-shaped controller, and when it lights up, one player presses a button to make a farting sound. Your kiddos will all have to practice their poker faces while everyone guesses, “Who tooted?” 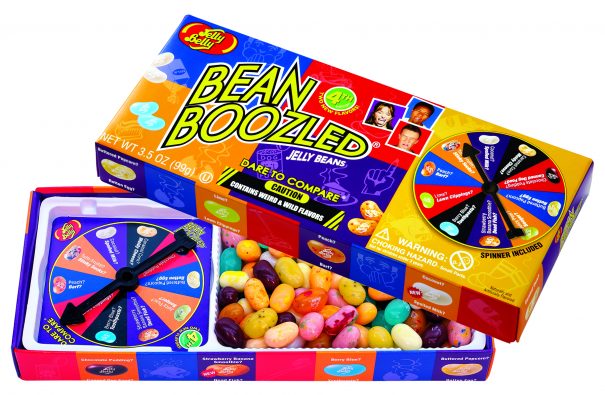 BeanBoozled
This game asks adventurous eaters to spin the wheel to pick which Jelly Belly jellybean to eat. But here’s the catch: Every color bean has a yummy — and correspondingly yucky — flavor. So peach looks exactly the same as barf; Caramel corn looks the same as moldy cheese. Note: When we say yucky, we mean it — our little game-testers needed a spit-up cup on the table to discard accidental spoiled milk, dead fish, or barf bean ingestion. 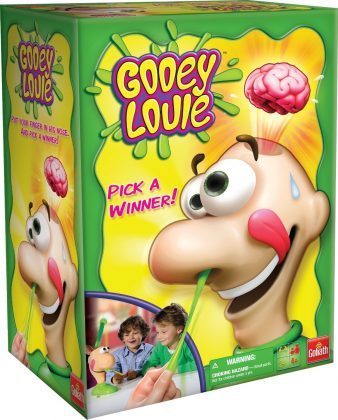 Gooey Louie
Got a nose-picker? Get this simple game that lets players pick snot-strings out of Louie’s nose until his brain literally pops out of his head. The one who picks the offending booger loses. It’s silly fun, but when Louie’s brain projectile-pops out, even grown-ups won’t be able to stifle a laugh. 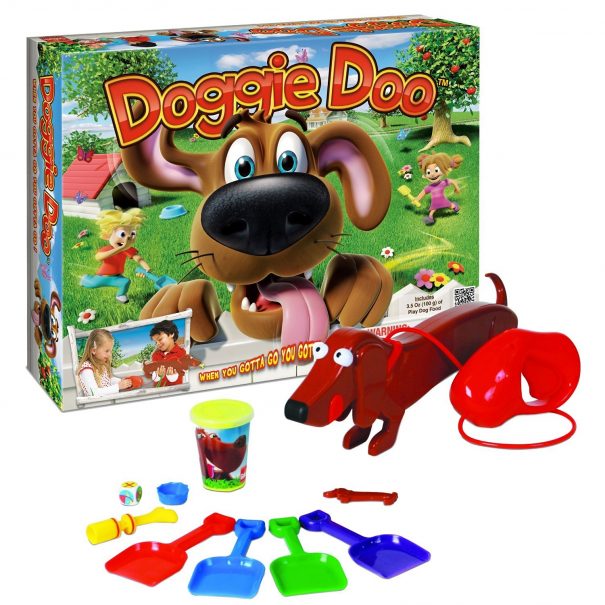 Doggie Doo
Whoever sent the pitch letter to Goliath Games to sell a kids game about dog poop deserves some major kudos for salesmanship. The premise of this game is simple: Feed the doggie some bright green goop; then wait for him to poop it out. The first player to clean up three messes wins the game. Game-makers call it “a fun way to learn about responsibility,” but who are we kidding? They had your kids at “Doo.”