This Harry Potter Tree Topper Will Conjure Up a Magical Christmas

What’s more magical than a traditional Christmas tree topper? A Harry Potter one, of course!

It might still be summer, but you’re going to want to conjure up this epic Harry Potter Hogwarts Castle Tree Topper ASAP. Measuring in at over nine inches tall, the new Harry Potter-themed tree topper from Hallmark is sure to cast a spell on you. 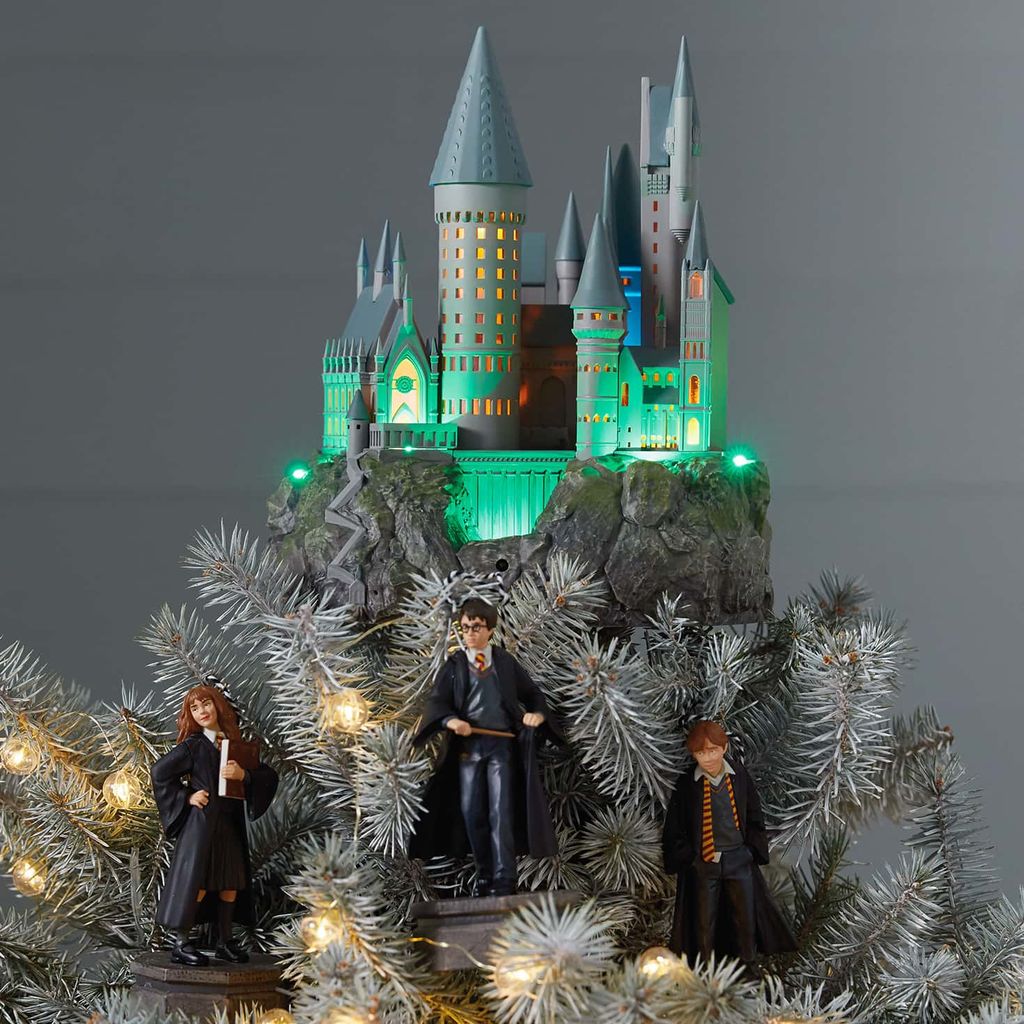 At the peak of your Christmas tree you can display a musical Hogwarts castle, lit up in rotating colors and playing “Hedwig’s Theme.” The lights and music can be controlled by a small remote in the shape of the Hogwarts crest.

The magical tree topper is also designed to interact with other Hallmark Harry Potter Collection ornaments. With Harry, Ron and Hermoine displayed alongside the castle in your tree, you’ll unlock special performances from Harry Potter and the Sorcerer’s Stone, which the ornaments won’t display on their own.

The Keepsake Hallmark Harry Potter Collection Hogwarts Castle Musical Tree Topper With Light is available online for $120. The individual ornaments in the collection, which also include the Weasley’s house and a Harry Potter and the Sorcerer’s Stone book ornament start at $17.99.

All photos: Courtesy of Hallmark