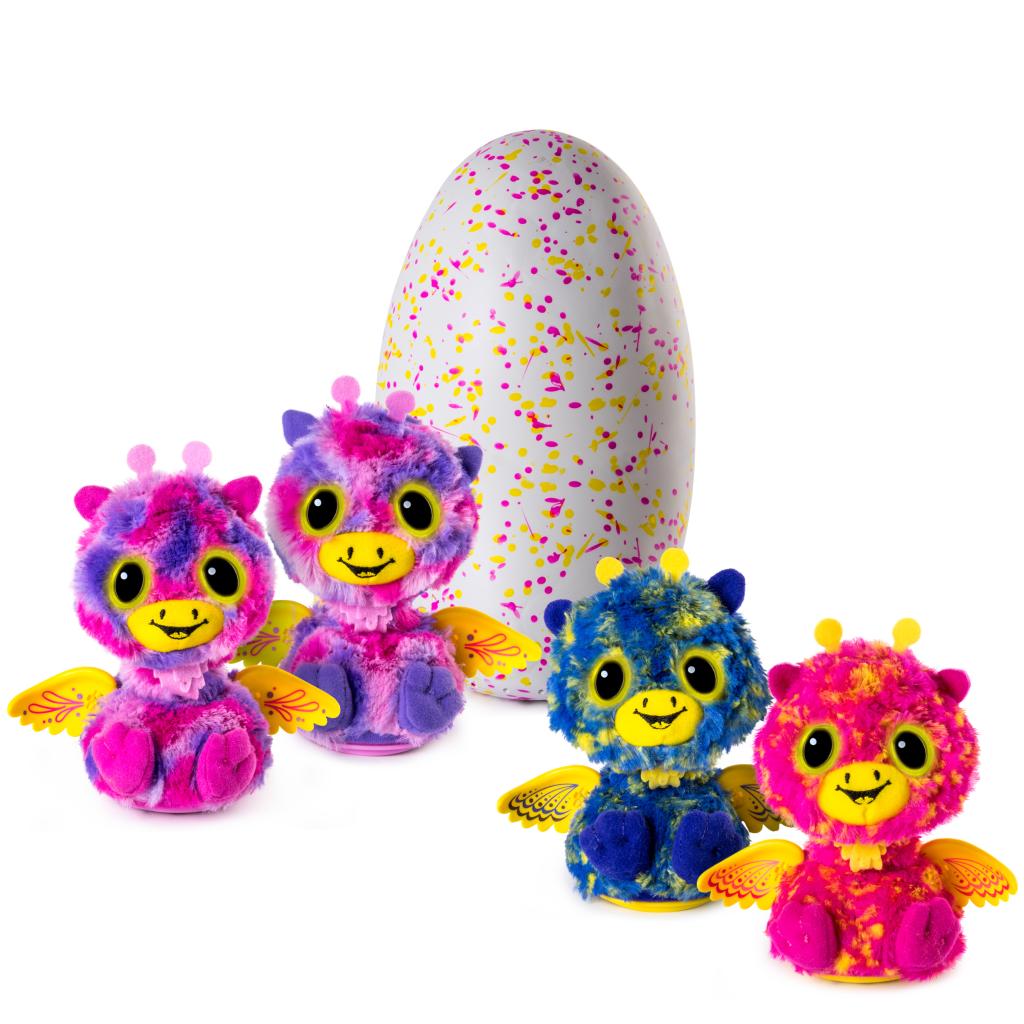 As if Hatchimals weren’t already crazy-popular enough, now they’re getting a “surprise.” That’s right, Hatchimals Surprise are the newest toy-vention in the line of hatching animal eggs. So, what’s the big surprise anyways? Oh, it’s good! Read on to learn more about what Hatchimals has in store for your kiddo.

What’s inside the magical eggs of the new Hatchimals Surprise? Umm, it’s not a Hatchimal. Huh? Okay, so technically there is a Hatchimal in there. But that’s not all. Yep, it’s twins. Your child’s egg has two, not just one, Hatchimal inside.

Just like human twins, one Hatchimal twin needs to come out before the other. After the first of the colorful creatures comes out of its egg, your child will get the “surprise” of his or her lifetime.

The new Hatchimals Surprise come in two different species (yes, Hatchimals have their own species). There are Peacats and there are Giravens. Of course, each has its own individual personality.

Like the original Hatchimals, your child will unbox the egg and begin the play-fueled journey. The egg will flash different colors and your child will need to respond (based on the handy-dandy chart included). After plenty of play, the egg flashes rainbow hues and then begins to hatch. Yay!

What do you think of Hatchimals twins? Share your thoughts in the comments below.