Help! Save Me from My Pet Name! 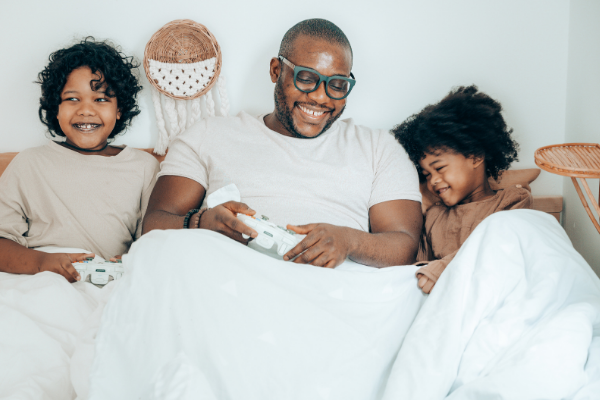 Maybe it’s a cultural thing, but many families have different inclinations when it comes to nicknames at home. Parents call their children various names that range from the cute and funny to the ridiculously weird. And I think it’s okay. Parents have dibs on their children’s names and whatever they choose to christen them sticks for a very long time, at least until they start revolting.

Husbands and wives also have pet names for one another. Often, names they call each other could even be used to interpret the partner’s mood.

Those are good signs that everything is fair in the relationship. Sometimes, it’s a good sign that maybe there could be some action in a full moon. But when she starts using your first and last name in a single sentence and starts to sound like your mum? Then you know there’s trouble.

But, hey, the dynamic is expected. It’s predictable and traditional. There’s a minimal amount of pet names children can call their parents. For the most part, we have Daddy, Papa (Baba), Pops, Dad, and by his first name when the parent is a new step parent trying to gain the partner’s children’s endearment—at least that’s what I see in the movies. Then for the mothers, we have Mum, Mommy and Mama. There’s just some unspoken rule that the names don’t go beyond these.

An Introduction to African Naming

It takes several years in the typical African family before children find out their parent’s real names. If you ever did find out their names, it was probably on some loose documents. I found out my parents’ names from their wedding invitation card I found lying among some old papers. I think I was around 11 years old at the time.

Here’s how it goes down in Yoruba Culture in Nigeria. From the moment you get married and start having kids, your entire identity centers around either the name of your first child or where you live. So, my elder brother’s name is Ayo. To every family member, especially the second generation, my parents were no longer Olufemi and Olaitan but were now called Daddy Ayo and Mummy Ayo respectively.

And that was the same for all my aunts and uncles. I never knew their first names. It was Mummy Ikeja, Mummy Ikorodu, Mummy Isolo, Daddy Moyo instead of their first names. I remember when I heard one of the elder cousins referring to my aunt, whom I had known for years as Mummy Temidayo by a different name. I was like, “Whoa, is that her first name?” So I thought, hey, Aunty Bose sounds way cooler than Mummy Temidayo, at least, it was less of a mouth full.

I received the lecture of a lifetime the day I tried calling her Aunty Bose. That’s when I knew there were rules behind the names and that the ruling nomenclature wasn’t by default. Then I knew that it was either Mummy Temidayo or Mummy Ikeja (Ikeja is where she lived). The only exception to this rule was when you knew the aunt or uncle before they married or started having children. Of course, in that case, the aunt or uncle didn’t have a child to steal their identity. Now let’s get into the bizarre stuff.

My Christening & the Pet Name that Won’t Go Away

My wife and my brother’s wife are quite close. For some reason, they both decided to call my elder brother and me the same pet name: Babe. My wife had decided earlier before we started having children that we weren’t going to follow tradition. That meant no changing our identities to prefixes of our first child’s name and no naming ourselves after a location. But with the use of a pet name, our children won’t still know our first names, which was cool.

It started with “Babe” to my wife and “Daddy” to my daughter. That seemed like a relatively simple and logical arrangement that didn’t seem to stray too far from tradition. But now it seemed the tables have turned and tradition has flipped on its head.

Now, I’ve become Babe to everyone! My daughter calls me Babe like it’s my first name.

I hear my brother is facing the same thing too. His son calls him Babe!

So do I sit her down and give her the same lecture I received years ago? Will being strict about what she calls me cause a strain in our relationship? 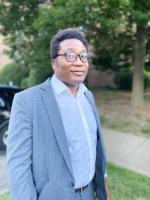 Olugbenga is a Professional Writer focusing on Spirituality and Motivation. He writes actively on Medium Publications. He runs cloakoffire.com, where he writes on spirituality and olugbengawrites.com to offer professional writing services. When he is not writing, he plays house with his wife and two daughters, who all call him Babe.
MORE FROM Olugbenga:
How to Survive As a Writer (yes it requires everything you’ve got!), How to Curate Your Ideas Into Magnificent Stories, Stop Peddling Freelance Writing as Freedom
Red Tricycle > Parenting > Adulting 101 > Help! Save Me from My Pet Name!