Your Screen Is Getting Sweeter with Premiere of “Chocolate Meltdown: Hershey’s After Dark”

What happens when you lock top pastry chefs into a deserted Hersheypark? A brand new chocolatey show for the whole family! Chocolate Meltdown: Hershey’s After Dark is coming to a screen near you on September 27 and it’s part of the Food Network’s biggest Halloween lineup yet.

Hosted by Sunny Anderson, chefs will compete to create amazing chocolate showpieces over four episodes. The twist? The competitors also have to solve clues, brave Hersheypark’s rides and use Hershey’s sweets for their creations. The episodes clock in at an hour long and the judges are Ralph Attanasia (Food Network’s Buddy vs. Duff) and Maneet Chauhan (Winner, Tournament of Champions). 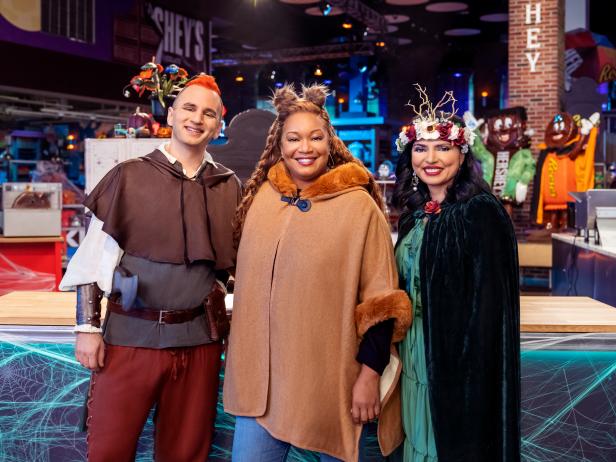 “This brand-new series, the first ever to film overnight inside Hersheypark and Hershey’s Chocolate World, is a viewer’s ultimate Halloween fantasy brought to life,” said Courtney White, President, Food Network and Streaming Food Content, Discovery Inc. “Our partnership with the iconic candy brand and the show’s no-holds-barred access to rides, sweets, and everything Hershey, Pa. offers, makes Chocolate Meltdown: Hershey’s After Dark an addictive new highlight to our supersized Halloween lineup.”

In the first episode, pastry artists find themselves in the park on a rainy night, but that doesn’t slow them down. After taking a spin one on of Hersheypark’s infamous rides, they enter Chocolate World to conquer giant slabs of chocolate and mounds of Hershey candy. Intrigued? Tune into the Food Network on September 27 at 10 p.m. ET to watch the premiere!

Hersheypark’s Chocolatetown Expansion Is Set to Open in 2020

Red Tricycle > In the News > Celeb & Entertainment > Your Screen Is Getting Sweeter with Premiere of “Chocolate Meltdown: Hershey’s After Dark”