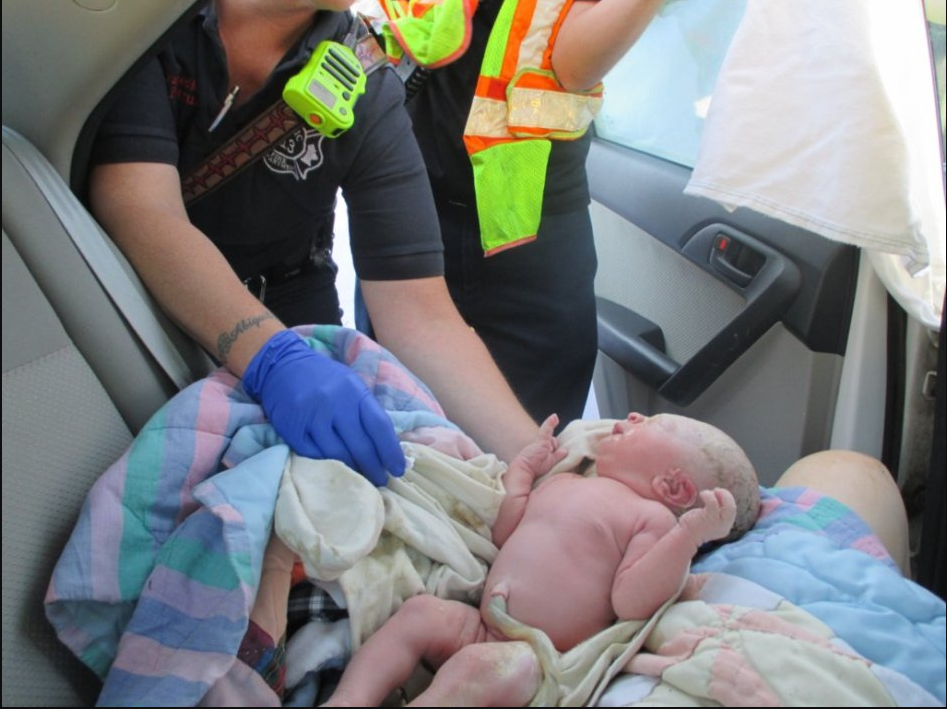 It was a cool June morning on what would turn out to be a warm summer day. My wife, Katie, was four days away from her estimated delivery date, but the midwives had warned us it was just that: an estimate. “Babies come when they’re ready, not by the mark on the calendar,” they told us repeatedly.

I had woken up at about 5:30 that morning, ready to start my day. We took a walk around 6:00, as that was well before we had kids who made sleeping in until 7:00 a.m. mandatory due to their constant wakings. Katie had woken up shortly after me and remarked that she had noticed some increase in her contractions. On our walk that morning she half-joked that “Hey, maybe this evening we’ll be parents!” Being first-time parents, we knew it was going to be a long labor…

An hour later she was howling on the toilet with intense contractions.

We called our doula, who was about 15 minutes away. Five minutes later the contractions were so bad we called our midwives at the birthing clinic we had chosen. Since it was about a 45-minute drive they said it was probably best to go to the clinic immediately. Still thinking we had all day for this kid to be born, I calmly but quickly grabbed our bags and took them to the car. By this point, it took all of Katie’s strength simply to crawl away from the toilet and make it to the door. I backed the car to the closest spot to our apartment and had to help carry her to the car in between contractions.

About five minutes after that I got as I was getting onto the on-ramp to the highway Katie anxiously said, “I don’t think we’re going to make it to the clinic.” Being the cool-headed rational person that I am, I reassured her that as a first-time mother she had nothing to worry about—we’d be seeing our baby in a couple of hours at the clinic.

Another five minutes had passed (or maybe it was 10, time flies when you have a screaming pregnant partner in the back of the car), I hear Katie shout “Oh my god you have to pull over, I feel the baby crowning!” At that point, already being in the fast lane, I pulled the car over as quickly and safely as I could onto the shoulder of a major four-lane highway just outside of Baltimore. During morning rush hour traffic.

As I hopped out of the driver’s seat and pulled open the back door I saw Katie with her legs up and holy crap there was a baby’s head popping out of her! I reached under the baby’s shoulders as Katie gave one big final push—man she made it look so easy—and I grabbed the baby and pulled it into my arms. I was still phased from the novelty of the situation when I realized I was holding a gooey baby still attached to the umbilical cord on the side of the highway. I handed the baby back to Katie and realized I needed to get some help, as I managed to lose my phone in the chaos of the delivery. I stood for what seemed like five minutes (in reality it was probably about one minute) trying to wave someone down to stop and call an ambulance for us.

Luckily a kind Samaritan pulled over as I word vomited, “Hi can you call 911 my wife just delivered our baby on the side of the road.” He was surprised but said, “Yes, of course!”

I ran back to check in on Katie and the baby, and when I peeked back out to talk with him he was already headed back my way. “An ambulance is on its way. Is everyone okay?” he asked. I told him yes, mother and baby are fine and he relayed that information back to the 911 dispatch. Once he got off the phone he came up to me with a big smile on his face and said, “I have to go, but congratulations. I have three kids myself and being a parent is one of the most wonderful things on this earth.” I thanked him—probably way more than was necessary—and I got back into the car to wait for the ambulance as our new friend drove off.

I hopped back in the car to check up on Katie as we waited for the ambulance to arrive. It was then that I realized we hadn’t checked the baby’s sex yet. “Wait a second,” I asked Katie, “is it a boy or a girl?” She held it up and exclaimed “It’s a girl! Welcome to the world, Eliza Rey!”

A few minutes later the ambulance and a fire engine arrived. They were happy to see us; I think it’s rare that they get to a healthy delivery after it has happened. I got many high-fives and “congratulations” from the EMTs and paramedics as they helped Katie and Eliza get ready to transfer to the ambulance.

Once they were loaded in the ambulance, I hopped back in the car and followed them to the hospital. As I was cleaning up the byproducts of automobile delivery—luckily we planned ahead, and all I really did was toss some towels and blankets into a garbage bag—I found my phone covered in newborn baby goo. After some quick wipes on the towel and an overnight stay on the hospital bedroom’s AC unit to dry out, you could barely tell it had been sitting in amniotic fluid for a half hour. Katie got stitched up and then we got to spend most of the day snuggling Eliza and calling all our family members.

Now every time I see my daughter smile at me it reminds me of that day—one of the best days of my life.

This post originally appeared on Letters From Your Father. 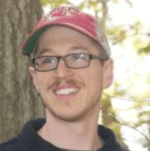 ABOUT THE WRITER Ken Swearengen
Letters From Your Father

By day I'm a father of two wonderful young kids as well as a software developer with a regular mid-life crisis. By night I'm a volunteer firefighter and EMT-in-training. As a former philosopher I'm particularly passionate about helping others lead a happy and healthy life through self-reflection.
MORE FROM Ken:
A Letter From Your Son, A Brief On Grief, Above All Else, Make A Beautiful Life
Red Tricycle > Parenting > Adulting 101 > Highway Delivery!