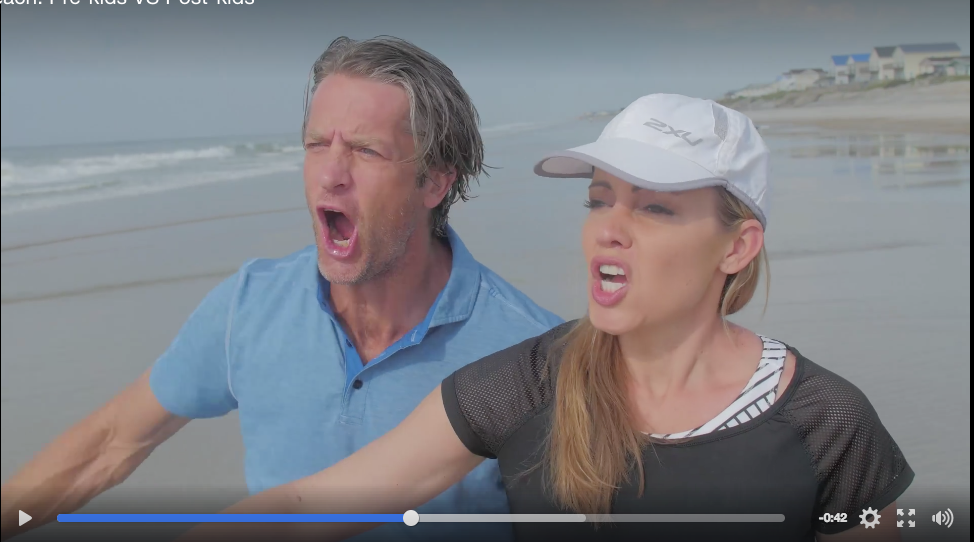 Ahh, the beach day. It used to be so… relaxing. Not anymore! Not with kids! At least, that’s the gist of this hilarious video from The Holderness Family, a family of four who never seem to miss an opportunity to sum up our parenting struggles perfectly.

“The Beach: Pre-kids VS Post-kids” gives everyone a peek at what happens to that once-relaxing beach day when there are a couple of kiddos tagging along. As you can guess, there’s quite a difference.

The video received 290,000 views and 5,574 shares within the first couple hours of being posted. It has since been viewed more than 9 million times.

Of course, this sort of celebrity isn’t new for the Holdernesses. The viral video family—made up of former TV sports anchor Penn Holderness; his wife, Kim, a former news reporter; and their two children, Penn Charles and Lola—has been pumping out spot-on parenting parodies since 2013, when their adorable “Christmas Jammies” video skyrocketed the foursome to internet fame with more than 17 million views.

Watch an extended version of the video below.

Can you relate? Tell us in the comments below.