Holidays Disasters That Make You Laugh (In Time)

Come November, days get shorter and the holidays are in full force. In the blink of an eye Thanksgiving is over and before you can finish putting away your turkey leftovers, you find yourself frantically competing with your neighbors to get your holiday decor turned on first. But through all the chaos, some of our best holiday memories are born. Funny, scary or just flat-out disastrous, everything makes for a good story (in time)! Thanks to the many users on Reddit, we found a few to start our holidays with some cheer. Check them out! 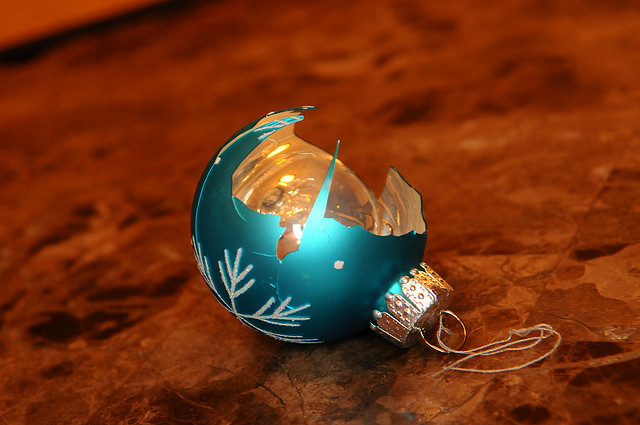 1. “My grandmother was legally blind so when my brother opened his present on Christmas morning and it was a lime green dress he politely told her that she had made a mistake. She looked right at him and said, “Grandmas don’t make mistakes.”—platymage

2. “My brother received an extra large jar of Nutella for Christmas, and my dad received a framed picture of the family from me. My dad tried to hammer a nail into the wall (to hang the picture) with the can of nutella, which shattered the plastic jar, leaving a brown stain on the wall. He also dropped the picture frame and shattered the glass. This man is an orthopedic surgeon.” —source Reddit

3. “My father, to this day (we’re all out of the house now), still puts out ashes from our fireplace and puts footprints in them, and when we come down for the presents he shouts, “Look! Santa was here! He walked right here!” When I was a kid, I thought that was the coolest thing, like it was scientific proof of Santa’s existence.”—doughepm

4. “My mom left a turkey out to defrost the night before a Thanksgiving dinner/family reunion. Come sun up, it was covered in ants. She just washed it off, cooked it anyway and served it to the in-laws.” —source Reddit

5. “Where I grew up we didn’t have Santa, we had the Three Kings/Tres Reyes Magos. Apparently they come riding camels and leave you gifts on January 6 (instead of Dec 25). When I was little I SWORE I heard the camels come to my house on more than one occasion. It was pretty magical. It seems both cute and nuts now…”—source Reddit

6. “When I was 6 or 7 there was one present under the tree from Santa and it was for my sister and I to share. It was Candyland. That was peculiar since we already owned Candyland. Also there was an envelope and in the envelope was a letter from Santa. Santa wanted to let my sister and I know that even though he wanted to give us a lot of presents this year, he couldn’t because we had been so poorly behaved throughout the year.”—bubbo

What are some of your favorite holiday memories? Comment to let us know!