How Do I Talk to My Kids about the Election? 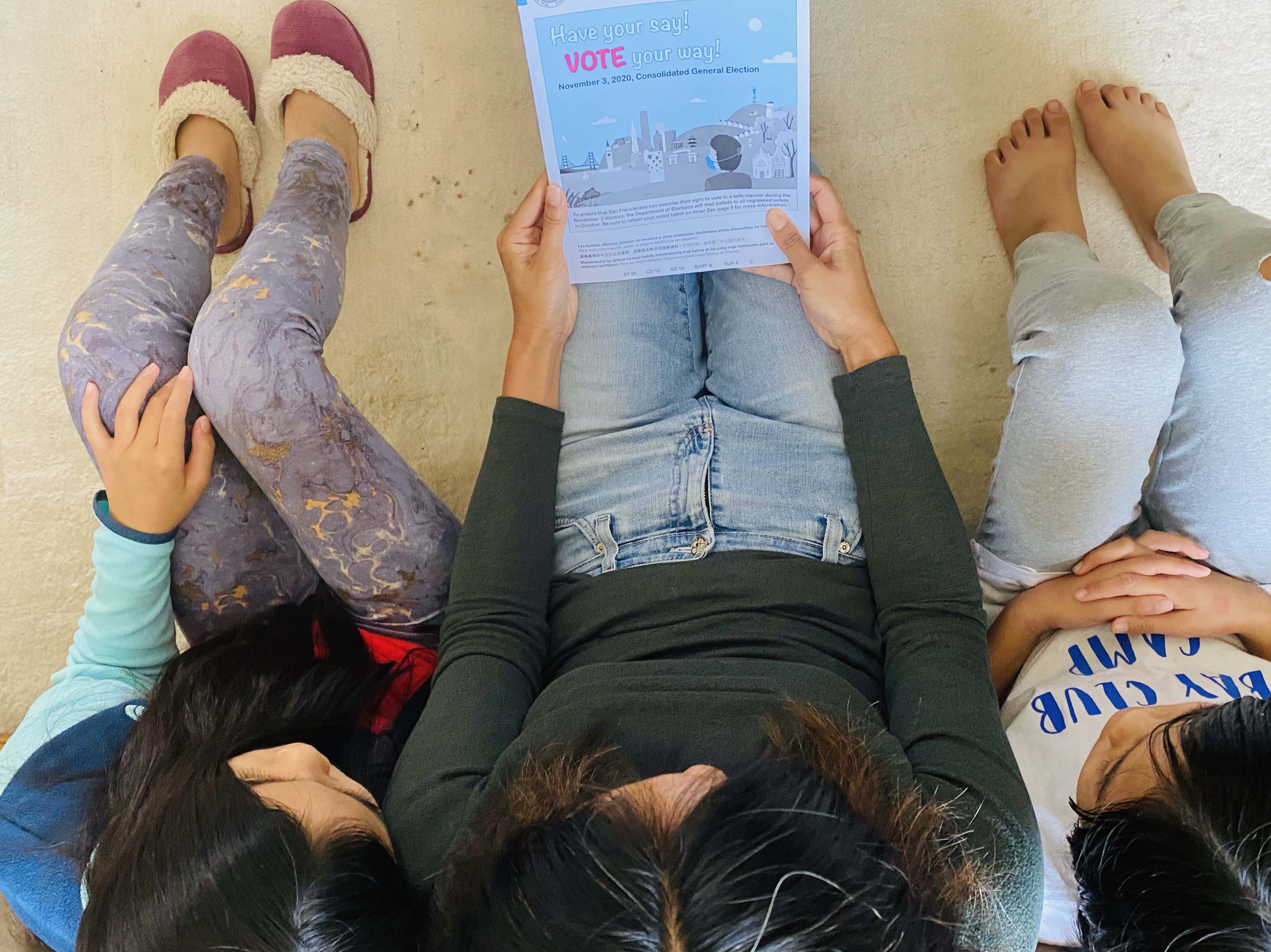 If you’re anything like me, you’re both excited and anxious when your kids ask about the 2020 US presidential election. But if you think, “My kids are so young, they don’t even think about these things,” then I’ve got news for you—they actually do!

Back in 2016 (when we were able to chaperone field trips), I had an interesting and awkward encounter with my four-year-old son’s field-trip partner. I naively thought I’d be the cool parent making conversation about the tall buildings and nice street art that we’d pass, but that anticipated casual chat became a debate about the election.

My son’s partner turned to me with her sweet smile and pigtails, and said, “Who’re you going to vote for?” Of course, as any parent might do when he or she doesn’t have an answer, I deflected and asked her the same question: “Who would you vote for?” Needless to say, that was probably the longest fifteen-minute walk I ever took, but it made me realize that kids are listening when adults talk, or when the news is on, and yes, kids have a lot of opinions about news topics, like the election.

That’s one of the reasons why I (along with my business partner and fellow mom Sapna Satagopan) started Xyza: News for Kids. We wanted to create a news source that kids can relate to, engage in, and that parents can trust.

Recently, Sapna and I have been approached by lots of parents who want to know how they can talk about the election with their kids. There’s no one perfect formula—every child is unique, after all—but we’ve found that our RESET approach works well in relaying the news to young children.

What Is the RESET Approach?
We’re encouraging you to consider how adults consume news versus what makes sense to young children. For example, we might be interested in long-form feature articles, but children are more engaged in quick tidbits of information that they can relate to. As the election approaches, there may be a million questions that arise at your dinner table, so we’re sharing five effective ways (R.E.S.E.T.) to help spark thoughtful political conversations at home.

#1: Relatable (Can My Child Relate to the Election?)
News is easier to consume when you can relate to the topic, and being able to relate to the democratic election process is important because kids can’t vote. So, why would they be invested in something that they can’t actually participate in? Ask yourself, “How can I make the elections resonate with what’s happening in my child’s life right now?” Ask your child how his or her class makes decisions. Do they take a vote? Relate that back to how US elections work and highlight the differences—e.g., popular versus electoral votes.

#2: Exciting (What Are Some Exciting Stories about the Election?)
Talking about the candidates and sharing their resumes verbatim may not be exciting for a ten-year-old, but there are SO many stories that provide age-appropriate context to the US election. For example, ever wonder why the donkey is the symbol of the Democratic Party and the elephant is the symbol of the Republican Party? How about why Americans vote on a Tuesday? Your kids might also be interested in the fact that Kamala Harris is the first female vice-presidential candidate of South Asian and African descent. Who are some other politicians who broke the gender ceiling? And if your conversation leads to the question of who can vote, you could share that even American astronauts stationed on the ISS can vote!

#3: Sides (There Are Many Sides to Every Election)
If you have more than one child, the concept of taking sides is nothing new. “He’s wrong, because” … “No, she’s wrong, because” … Yeah, we can relate, but we’ve found that nothing sparks a family discussion like a healthy debate. More often than not, debates reveal a lot about how kids and adults think, so why not use them as a way of talking about the election? For example, did you know that elections are a national holiday in many countries? Should the United States follow suit? How about the debate around lowering the voting age—is sixteen too young or just the right age to vote?

#4: Engagement (Engagement = Interest in the Election)
If anything can make a news topic come to life, it’s a fun game. While kids might feel like adults always (*eye roll*) know the answers, it’s almost certainly not the case when it comes to current affairs and relating trivia. So, put it to the test and have a family trivia night about the election. Which president served more than two terms? Which president won all of the electoral votes? Who was the first female to ever be elected as the presidential nominee of a major party? The winner gets major bragging rights!

#5: Two-Way Street (Learning about the Election Is More Than Just Reading about It)
When it comes to the election, thinking about what happens close to home can be easier to understand than looking at what’s happening further afar. Of course, we’ll be electing a president in the 2020 election, but local politicians are also vying for votes. Take those door tags and flyers you get delivered, and ask for your child’s opinion on who will serve your community well and why. Or simply create a mock vote at home. And if there’s a nearby socially-distanced rally or community roundtable hosted by a local candidate, attend the event together and have your child prepare questions about topics that matter to them to ask the candidate.

By asking for their opinions and inviting them into a local news story, your child will feel more invested in what’s happening in the world.

This post originally appeared on Xyza: News for Kids Blog.

We're two perfectly imperfect moms who have five very different kids between the two of us. We believe that topics in news are a fantastic way to spark conversations in families. That's why we started the Dinner Table Conversation series here at Xyza: News for Kids. Won't you join us in the conversation?
MORE FROM Joann Suen:
Do Presidential Debates Matter?, Election Series: Should Election Day Be A National Holiday?, Why Is Election Day On A Tuesday?
Red Tricycle > Parenting Advice > Adulting 101 > How Do I Talk to My Kids about the Election?