How Good Came From Something Really Awful. 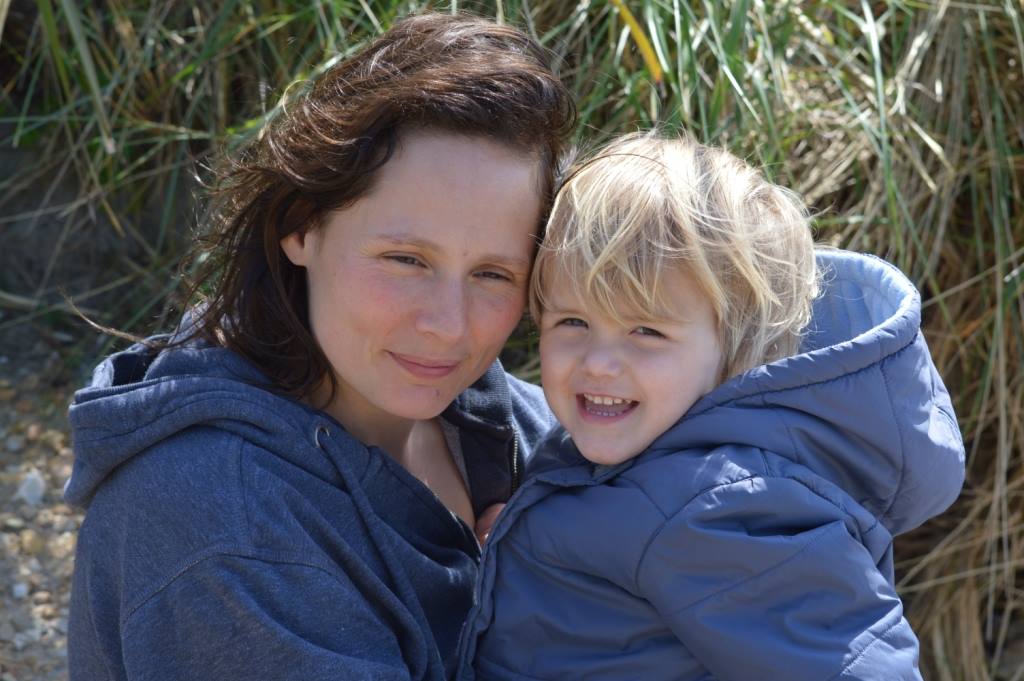 Today is the day I took my youngest son to the hospital for follow up blood and urine tests, as well as a visit with the kidney specialist.

I hadn’t realized how stressed I’ve been about this appointment, until I found myself unable to function on arriving home.  Getting the kids’ lunch seemed an impossible task, and I was totally overwhelmed by the idea of having to do anything except sit in front of a TV screen for the rest of the afternoon.

My little one just wanted cuddles when we got back, too.  Understandably I suppose, because the specialist we saw today, was one of the doctors who did the rounds every morning during his hospital stay.  Maybe that’s why this routine appointment was more difficult than usual.

You see, last year my toddler fell ill, and he was sick to the point of death.  (The photo was taken on his first day out of hospital).

What initially presented as a tummy bug, later ended up with him being airlifted, on life support, to the Children’s Hospital in Auckland, New Zealand.

He had somehow contracted E.Coli 0157, and it nearly killed him.

After three trips to the hospital, the doctors there finally admitted him, and for the first night they just tried to re-hydrate him, but he could keep nothing down.

The next morning, he had a seizure, and blood tests showed that his potassium was very high, indicating that his kidneys were not working, and also putting his heart under strain.  A small problem was that prior to the blood results coming back, he had been given about a liter or so of a saline drip, and as his kidneys couldn’t filter his blood and produce urine, the excess liquid made him swell considerably, and also ended up saturating his lungs.

At this point the Children’s Hospital were called, and while we waited for their team to fly down, my boy was taken to the ICU.  The condition he had is called HUS (Hemolytic Uremic Syndrome).  It is a condition in which the toxin that the E.Coli produces, turns the red blood cells into a mush.  They in turn block the kidneys, which causes acute kidney failure.

When the flight doctors arrived, they put him under general anesthetic, and on to a ventilator.  You see, the oxygen levels in his blood were going down due to his lungs having a lot of fluid in them, and at altitude that could potentially have been a huge problem.  So it was decided to preempt this, and deal with it on the ground, rather than at thousands of feet up.

They also gave him a blood transfusion during the flight, because his hemoglobin was only 50 (should be at least 110), and he would be going into the Operating Theater as soon as we arrived.  They thought he needed a few extra red blood cells in case he lost a bit of blood during the op.  He had no red blood cells of his own left to lose.

Well, within two hours of being at the Children’s Hospital, my little one had had an operation to insert Tenckhoff catheters into his abdominal cavity, and he was put on dialysis.  He then spent two nights in the Pediatric ICU before being transferred to the kidney ward.

Over our few weeks in hospital, my just turned two year-old spent two weeks having Peritoneal Dialysis.  He had IV lines in every limb, arterial as well as venal, and a nasal gastric feeding tube.  And he had six blood transfusions in total.

I will be forever in the debt of those who so graciously gave their blood.  Those people, along with the doctors, saved my son.  As the kidney specialist at the hospital told me, “This condition is fatal without treatment.”

So thank you.  From the bottom of my heart; whoever you are.

Writing this, even a year on, still makes waterfalls of tears cascade down my cheeks, but really I am happy.  Happy and grateful.

But, now that you have the nutshell version of my son’s story, let’s get back to the reason for telling it. You see, I had a choice to make.  And I must say, that my being generally an optimistic person, really helps here.  But it’s something everyone can learn to do; to look for the good that comes out of something, rather than the bad.

I had been fearful.  Fear, I will give Fear a capital letter and call it a ‘he.  Fear was there with me.  He told me that I would lose my son; that we were too late, and that my son was too far gone to recover.  After my son’s seizure, when he was lying limp and pale on the bed,  Fear told me that pretty soon I would never get to hold my son again, that we would be leaving the hospital without him; and that I would never again get to look into those bright blue eyes, in which I could see the whole universe.  And I agreed.  I agreed with what Fear was whispering into my ear.

But I didn’t let Fear have the upper hand.  I decided to galvanize myself, and I told Fear, “Yes you are right.  I don’t see how this is fixable.”

So mentally I said good bye to my son, my beautiful, cheeky, handsome, clever son, who I love so much.  I accepted what Fear was telling me, but I also had a word or two for Fear.  I told him that yes, while he was probably right that my son wouldn’t survive this, and that yes, while my heart would ache for the rest of my days, the rest of us would survive as a family.  We would be devastated, but eventually we would find our new normal, and we would carry on no matter what; even with hearts torn open.  And that in time, we would smile again.

The amazing thing was that with that, Fear packed his bags and left.  And I had the strength to nurture and cherish, and be with my son for the ordeal of the next weeks.  I was able to be strong, to not collapse in a heap and sit rocking backwards and forwards in the corner.

But I was also angry for a while.  Angry that I had to take him to the emergency department three times before they would admit him.  I knew that it wasn’t an ordinary gastro bug.  It didn’t behave in the same way as any of the tummy bugs I’ve dealt with in the four children I have who are older than my toddler.  But the doctors didn’t know this.  And they don’t have the bond with a child, which he or she has with his mother, where you just know that there is something more serious going on.

Plus, annually, there are only fifteen cases of my son’s condition in the whole of New Zealand, which statistically works out to one case every four years in our local hospital, compared to the 120 children who are admitted locally each year, who need re-hydrating due to a tummy bug.

So, I decided to get over being angry.

What good would it have done anyway?

Instead, I decided to focus on the good which had come from the whole situation.

You might ask: “Is there any good to be found here?”  And the answer is yes.

You see, from my boy’s suffering, and from me having to leave my husband and other kids home hundreds of miles away, came wonderment, and a change of values and direction.

My son is the youngest of five kids.  And he gets plenty of attention, just as much as the others.  But…he had never had me all to himself for a prolonged period of time.  Now he had me to himself for almost three weeks.  Three weeks where I just cuddled him, loved him, sang to him, and played with him as he was able.  My husband left the other kids at home with his sister, and flew up to see us both for the day, and our little one had both of us to himself for a while.  He really appreciated that, and is much more content since then.

I got to build such a bond with my son while we were there; one which I feel that nothing will break.

His concentration developed to such a degree that now, as a just turned three-year old, he spends hours learning to count, to write individual letters, and recognizes all the letters of the alphabet.  He taught himself! I had nothing to do with it.

And he has become really outgoing.

Often as a species, we trudge on through life, surviving one day to the next, but our attitudes were reshaped.  We are no longer surviving each day, getting through the school work (we home school), and letting our schedules run us.  We have thrown out a lot of our junk, and have minimized the things that we absolutely have to do, so that we can enjoy life as a family, and live it on our own terms.

Because who knows, from one day to the next, when all this might change?  I went from having a perfectly healthy boy, to one who was on death’s door, and it happened very quickly.

Things change, life changes, and sometimes a spanner gets thrown into the works.  What matters, is making the most of every moment while we have it.  When I get older, I won’t regret not working harder at my career, and making enough money to buy more stuff.  But I will regret wasted opportunities with my kids, all while chasing the mighty dollar.

I think a change of direction in life is a pretty good thing to come out of all this.  Along with a new appreciation for my husband and kids, and for living every moment to the full.

Of course, I wouldn’t wish my son or anybody else, to go through difficult times; I just chose to find the good in it all.